Zachary Ross, assistant professor of geophysics and William H. Hurt Scholar, has been selected as one of the 2022 Packard Fellows for Science and Engineering. The fellowship is awarded by the David and Lucile Packard Foundation and provides early-career scientists and engineers with $875,000 over five years to pursue their research.

Ross's research focuses on the use of tiny earthquakes to better understand the physical processes driving fault zones and volcanoes. He uses machine learning to identify imperceptibly small earthquakes, from which enormous seismic data sets are built to visualize subsurface fault structures and the "plumbing" that pipes magma to volcanoes, recharging them between eruptions.

"It's analogous to taking a CT [computerized tomography] scan, the way a doctor can visualize the inside of a patient's body," Ross says. "But instead of using controlled sources with X-rays, we use passive sources, which are earthquakes."

Ross's team works extensively on earthquakes in California, with a particular focus on the San Jacinto fault zone that stretches from the Hemet area to the Salton Sea in Southern California. The San Jacinto area is seismically very active, producing a high quantity of small earthquakes, so it makes an excellent natural laboratory for studying earthquake processes, Ross says. More recently his team has also begun applying its methods to earthquakes in the Hawaiian volcanic system to better understand the processes by which magma is transported from depth to the volcanoes.

Ross's research dives deep into the nature of fault zones and the rocks that comprise them, unveiling properties such as how fractured the rock is and whether there are fluids present near the fault, and other characteristics that could impact seismicity. He also hopes to provide clearer observations of earthquake processes and the faults that produce them.

"The scientists who create physical models of earthquake systems really need good observational constraints to rule out certain types of models," Ross says. "We have a lot of data, but most of it comes from right on the surface, which is far away from where the exciting stuff is happening."

Ross earned a bachelor's degree in physics from UC Davis, a master's degree in civil engineering from California Polytechnic State University, and a doctoral degree in geophysics from the USC. In 2019, he received a Keiiti Aki Early Career Award from the American Geophysical Union and in 2021 he was named a William H. Hurt Scholar.

The Packard Fellowships in Science and Engineering, among the nation's largest nongovernmental fellowships, are designed to allow their recipients maximum flexibility in how the funding is used. Since 1988, this program has supported the blue-sky thinking of scientists and engineers whose research over time has led to new discoveries that improve people's lives and enhance our understanding of the universe. 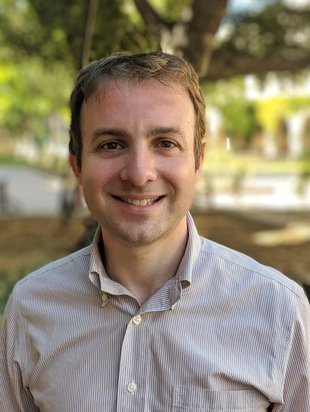