Caltech physicist David Hsieh, who devises and builds new laser-based instruments in order to identify, understand, and manipulate novel phases of matter, has been awarded a Packard Fellowship for Science and Engineering. These fellowships, awarded annually by the David and Lucile Packard Foundation, "provide early-career scientists with flexible funding and the freedom to take risks and explore new frontiers in their fields," according to the foundation.

Hsieh, an assistant professor of physics, is one of 18 new Packard Fellows who will receive individual grants of $875,000 distributed over five years.

Hsieh received the news that he had been selected as a fellow at a casual meeting with Fiona Harrison, the new chair of the Division of Physics, Mathematics, and Astronomy, at the Red Door Café on campus. He was completely caught off guard. "I thought we were just meeting to talk about how things were going," he says. "Then partway through our conversation, Fiona's phone rang, and I asked if I should leave to give her some privacy. She said, 'No, you should stay. This person wants to talk to you.'"

On the other end was Xiao-Wei Wang, Packard Fellows program manager at the Foundation. Hsieh recounts that Wang asked if he was sitting in a comfortable place and then told him the good news.

Hsieh says he is honored by the recognition and excited about the freedom that the grant will provide. "Both the sum and the flexibility with which these funds can be used gives me a very unique opportunity to pursue the riskiest branches of physics that I'm interested in," he says.

He plans to explore the possibility of using light to alter the electronic phase of materials in order to manipulate their macroscopic properties. For example, he says, "Can I use electromagnetic radiation to change something from a metal to an insulator, or from a magnet to a nonmagnet?" If such tailoring of materials properties with light is possible, it could open the door to the creation of more powerful and more versatile electronic devices, potentially at a lower energy cost.

"I'm thrilled that David has won this prestigious award. It will give him the flexibility to pursue high-risk, high-reward projects," says Fiona Harrison, the Kent and Joyce Kresa Leadership Chair of the Division of Physics, Mathematics, and Astronomy and the Benjamin M. Rosen Professor of Physics. "Being there when he heard the news was definitely a highlight of my job as division chair so far."

Hsieh earned his BS in physics and mathematics in 2003 from Stanford University and his PhD from Princeton University in 2009. He was a Pappalardo Fellow at MIT before joining the Caltech faculty in 2012.

He joins 23 other current Caltech researchers who have been named Packard Fellows since the program's inception in 1988. To date, the Packard Foundation, a private family foundation created in 1964 by Hewlett-Packard Company cofounder David Packard and his wife, Lucile, has awarded $362 million to support 541 scientists and engineers from 52 national universities. Each year, participating universities are invited to nominate two faculty members for consideration by the 12-member Fellowship Advisory Panel of internationally recognized scientists and engineers, which recommends nominees for approval by the Packard Foundation Board of Trustees. 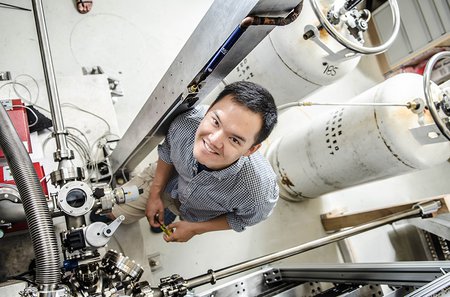 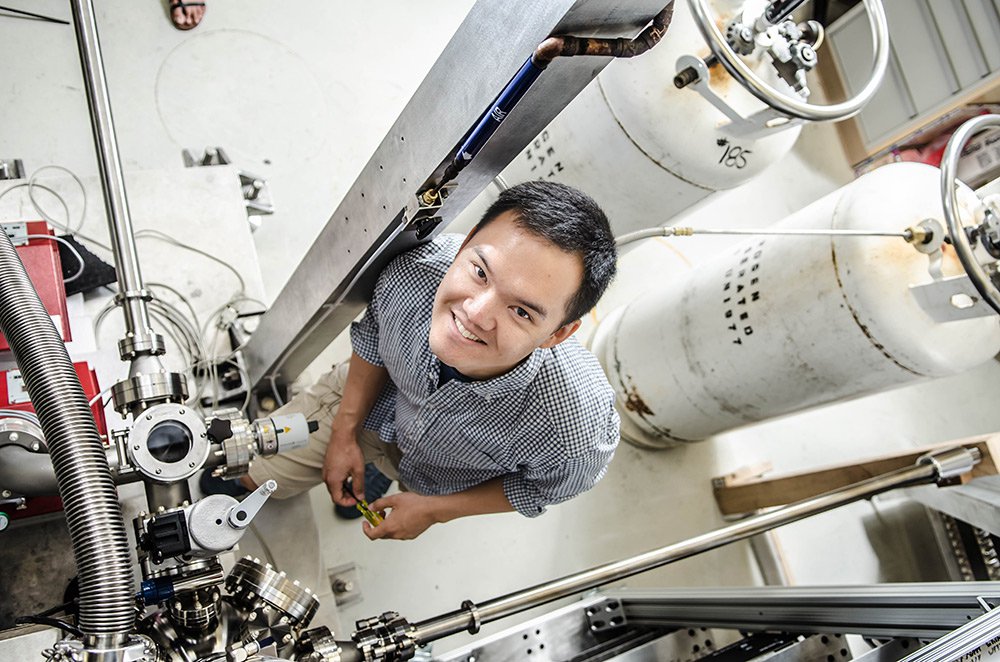