Allen was born on February 15, 1925, in Palo Alto, California. His father, an educator, began his career teaching blacksmithing and eventually became a professor at the Claremont Colleges; while his mother died during the birth of his sister when he was in sixth grade. He developed an early love of geography, cartography, and the outdoors while on family road trips throughout the American West, interests that left him well suited for his role as a navigator in B-29s when he served in the Army Air Corps in the Pacific during World War II. He began his higher education at Reed College in 1942, but left to spend three years in the service from 1943 to 1946, and then returned to graduate with a bachelor's degree in physics in 1949.

While at Reed, Allen realized that he was not a mathematician or theoretical physicist at heart, as he favored the concrete over the abstract. He connected with a geology professor at the University of Wisconsin who introduced him to the field of geophysics, the study of the physics of the earth.

"I'm not even sure I realized that seismology, for example, was a branch of geophysics," Allen said in a 1994 interview. "But to me, it looked like a way that I could get out of pure physics, which I thought I wasn't going to really succeed in anyway, and into something where I would have the chance to be outdoors a little more."

He turned down several graduate schools, including an offer of a fellowship to go to UCLA, to pursue a master's at Caltech. At the time, almost all of the students there were WWII veterans. "Given my natural interest in maps, I just fell in love with doing geological work in the field," Allen said. He earned his master's and doctoral degrees from Caltech in 1951 and 1954, respectively. His thesis explored the San Andreas Fault in the San Gorgonio Pass area (between Beaumont and Palm Springs), which launched his interest in studying fault structures.

Once he earned his PhD, Allen spent a year as an assistant professor at the University of Minnesota, but was recruited to come back to Caltech after the passing of John Peter Buwalda left a need for a structural geologist in the Division of Geology (which would eventually become the Division of Geological and Planetary Sciences). Given Caltech's strength in geology, Allen said that, "When I got the call to come back, I didn't really think twice about it...." Allen joined Caltech's faculty in 1955 as an assistant professor. He became an associate professor in 1959 and full professor in 1964.

Allen joined Caltech at a time when the Institute was expanding the seismic network in California. He was an early pioneer of the field of seismotectonics, studying the relationship between the faults in a region and the earthquakes that occur there. He worked with many of the early legends of seismology at Caltech, such as Charles Richter (PhD '28) and Beno Gutenberg, but joined the Caltech Seismological Laboratory at a time when the torch was being passed from them to the next generation of seismologists. Frank Press took over as director of the Seismo Lab in 1957, bringing in new computer technology and broadening the lab's scope of field exploration, expanding the lab and recruiting younger staff.

At the Seismo Lab, Allen bridged the gap between geophysics and geology, says Lucy Jones, visiting associate in geophysics. "One of the real problems with earthquake science is that it requires lots of expertise. You have physicists doing theoretical wave equations, interpreting waves as they travel through the earth; while geologists go out and map what they see, using geometric relationships between various bodies to understand it. Clarence was somebody who could go between the two groups."

"Clarence was a superb field geologist, but with his undergraduate physics training he could communicate very well with many Caltech seismologists whose primary background was physics," adds Hiroo Kanamori, John E. and Hazel S. Smits Professor of Geophysics, Emeritus.

Allen served as the interim director of Caltech's Seismological Laboratory from 1965–67 and was acting chairman of the Division of Geological and Planetary Sciences from 1967–68. During his career, he was most known for his contributions to the evaluation of seismicity and fault movements in regions where earthquakes are common.

On February 9, 1971, a magnitude-6.6 earthquake ripped through the northeastern corner of the San Fernando Valley, killing 65 people and causing more than $500 million in damage. The event not only prompted an expansion of earthquake monitoring in Southern California, but spurred Allen to become involved in earthquake legislation. In the aftermath, Allen went to Sacramento and explained to legislators that geologists know where the active faults are and that an earthquake like San Fernando would certainly happen again in California. In 1972, the California legislature passed the Alquist-Priolo Earthquake Fault Zoning Act, which prohibits building across active faults.

"It was really because of Clarence spending the time and the effort to help people understand that geology could actually tell you where this was going to happen that this change was made," says Jones, who followed a similar path toward legislative advocacy work. "It was Northridge that pushed me into it, and San Fernando that pushed Clarence into it."

Later, Allen helped lobby for the formation of the National Earthquake Hazards Reduction Program (NEHRP), ultimately created by Congress in 1977 to reduce the loss of life and property caused by earthquakes through improved design and construction, emergency preparedness plans, and education.

During the late 1970s, the U.S. federal government funded efforts to determine whether it was possible to predict earthquakes, spurred in part by the apparently successful prediction of the 1975 Haicheng earthquake in China. Based on changes in groundwater and soil elevations, Chinese officials reportedly evacuated Haicheng in the morning of February 4, 1975. A magnitude-7.5 earthquake struck the region that evening.

At the time, there was little communication between scientists in the U.S. and China, so the event was shrouded in mystery. "We were told, this is your job: predict earthquakes. And nobody knew how to do it," says Thomas Heaton (PhD '78), professor of engineering seismology, emeritus. "We'd have arguments about whether it was even possible."

After thinking about the problem long enough to realize that it was not feasible, researchers moved from trying to predict earthquakes to trying to better understand the physics that govern them.

Allen was involved in the research, helping to establish the California Earthquake Prediction Evaluation Council, but remained agnostic. "We had some people who were true believers, and some who were true skeptics, but Clarence was just, 'let's just look and see where the data is,'" Heaton says.

Allen became one of the first Western scientists to travel to China, where he studied the country's earthquake prediction program. He ultimately concluded that while there had been some physical signs of the Haicheng quake before it occurred, luck had played a major role in the event, as the Chinese had also made a lot of predictions that had not panned out.

"One of the discouraging things has been that the more we look at earthquakes, the more we realize how different they are from one to the next," Allen said of the experience. "Although that's scientifically exciting, that's not very encouraging from the point of view of prediction. Because the more different earthquakes are from one to the next, the less likely it is that they're going to have common kinds of physical precursors."

The attempts at predicting earthquakes attracted the attention of Hollywood. In 1974, Charlton Heston starred in a move titled Earthquake, about a fictional temblor that wreaks havoc in Los Angeles. "The guys who wrote the movie based the scientists on the Caltech Seismo Lab," Heaton recalls. "At the beginning, for dramatic effect, they had a professor modeled after Clarence exploring geology in the field across the San Andreas Fault. And there's a foreshock, and a trench collapses, and kills this professor. So, according to Hollywood, Clarence died in '74," Heaton says with a laugh.

Former colleagues remember Allen as a hard worker, dedicated to his research, and always willing to mentor younger faculty.

"When I arrived here in 1983, Karen McNally [a seismologist who worked with Richter at Caltech and later founded the Institute of Tectonics at UC Santa Cruz] had just left, so I was the only woman with a PhD in the Seismo Lab," says Jones. "It could be awkward and sometimes I felt like I didn't belong, but Clarence was the most welcoming guy. He was a great scientist, but he was really also this incredible person. He was the human side of the Seismo Lab."

"Clarence was a friendly, considerate, and warm person," Kanamori says. "He was very popular among everyone."

He had a love of backpacking and the outdoors, which he shared with longtime friend and colleague Paul Jennings, professor of civil engineering and applied mechanics, emeritus. The two had shared interests in earthquakes and in fly fishing. They gave a joint Beckman Lecture in 1971 on the San Fernando earthquake, and took many fishing trips to the San Bernardino Mountains and elsewhere together. "Often, while having a lunch break while fishing, Clarence took pleasure in explaining the nature and geologic history of the rocks visible in the canyon walls," Jennings says.

Allen also hiked and fished with longtime head of the geological sciences division Robert Sharp, who had built a cabin in Montana near Yellowstone National Park.

Allen retired from Caltech in 1990, and was awarded the Harry Fielding Reid Medal of the Seismological Society of America in 1996. Though he purchased a home on the coast of Oregon that he had intended to retire to, he remained in Pasadena for the rest of his life and returned to the Seismo Lab just about every day to have coffee and discuss earthquake science with his former colleagues until a few years before his death.

"I saw him almost every day, and had many discussions with him on many earthquakes," Kanamori says. "His stories based on his extensive field experience in California, the Philippines, Chile, China, and Japan helped me a great deal in my seismological work. I very much miss the wonderful discussions with him during the coffee breaks."

A short version of this obituary was published on January 22, 2021. 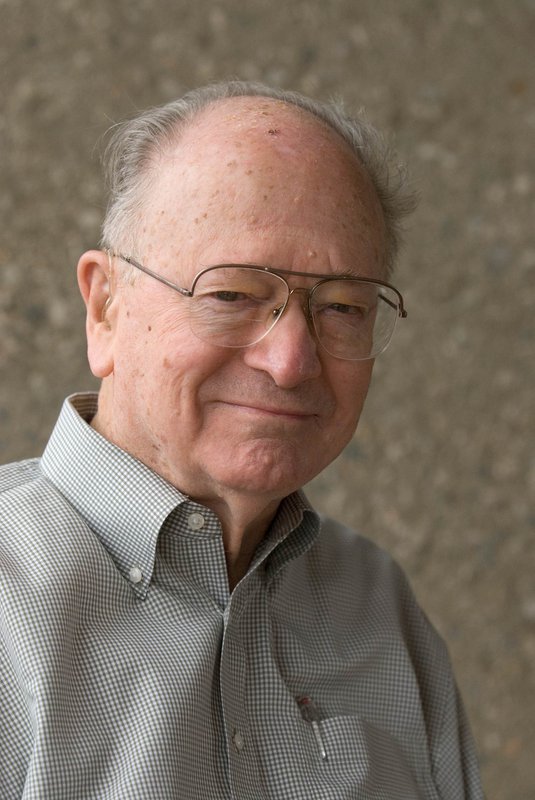