PASADENA, Calif.—Robert Phillip Sharp, a leading authority on the surfaces of Earth and Mars and longtime head of the geological sciences division at the California Institute of Technology, died May 25 at his home in Santa Barbara. He was 92.

Though Sharp was a renowned geologist in his own right, his most significant role was arguably his modernization of the earth sciences at Caltech during a time of unparalleled progress in the furtherance of knowledge of both our own world and of others. Sharp brought to the job a remarkable talent for hiring top people, as well as a strong interest in creating new interdisciplinary approaches to take advantage of the dawning age of manned and unmanned planetary exploration.

Particularly noteworthy in Sharp's revamping of the Caltech earth sciences was his support of planetary science as a vehicle for extending geological research to the other planets, notably Mars, and for his contributions to the creation of the field of geochemistry. The latter discipline was especially important in the interpretation of lunar samples that began at Caltech in 1970. Sharp was also closely involved with NASA during the 1960s as an interpreter of the Mariner imagery from Mars.

In an anecdote reported by the Pasadena Star-News during Caltech's centennial celebration in 1991, Sharp recalled how one of the Mariner technicians had told him the imagery just returned from Mars had revealed the presence of a lake. Telling the technician that a lake on Mars was absurd, he looked at the imagery and saw that the rippling features the technician had seen were actually sand dunes. "That was the beauty of it for me," Sharp said. "Astrophysicists, engineers, and computer guys, and they need this dumb ol', dirty fingernail geologist like me!"

In 1989, Sharp's own research won him America's highest scientific honor, the National Medal of Science, for having "illuminated the nature and origin of the forms and formation processes of planetary surfaces, and for teaching two generations of scientists and laymen to appreciate them." Sharp was also cited by the White House for having built the multidisciplinary Division of Geological and Planetary Sciences at Caltech.

His many awards and honors included his being named in 1950 by Life magazine as one of 10 outstanding U.S. college teachers; receiving the Kirk Bryan Award from the Geological Society of America in 1964; and receiving the NASA Exceptional Scientific Achievement Award Medal in 1971; election to the National Academy of Sciences in 1973; and receiving the Penrose Award from the Geological Society of America in 1977 (the society's top honor) and the Charles P. Daly Medal from the American Geographical Society in 1991. In addition, he was honored by the Boy Scouts of America in 1978 with the Distinguished Eagle Scout Award, and by Caltech by the institution of the Robert P. Sharp Professorship in Geology that same year.

A native of Oxnard, California, Sharp first came to Caltech as an undergraduate in 1930, where he was a star quarterback in the days when the institute was still a competitive force in Southern California football. Sharp was one of 25 former gridiron stars who had gone on to significant careers, who were profiled in the Christmas 1958 issue of the magazine Sports Illustrated. At the time "one of the ablest, most popular teachers at Caltech," the 165-pound Sharp lamented having been sacked so many times toward the end of his college days due to temporary 1933 changes in college rules that weighted the game "in favor of brute force." He said of football that it served to show a scientist he needed "to be determined as hell and that there is a certain poise and aggressiveness that is desirable."

After earning his BS and MS at Caltech, in 1934 and 1935, respectively, Sharp went on to Harvard University for a doctorate in geology in 1938. He spent the years from 1938 to 1943 in the geology department at the University of Illinois, and then served in the U.S. Army Air Forces from 1943 to 1945, working in the Arctic, Desert, and Tropic Information Center and reaching the rank of captain. After returning from the war, he served from 1945 to 1947 on the University of Minnesota faculty, and then returned to Caltech as a professor. He was division chairman from 1952 to 1968, and retired in 1979.

Though officially designated emeritus after his retirement, he nevertheless remained quite active, and was especially renowned in the Caltech community for his frequent field trips to numerous remote locales of geological interest. He not only continued to be involved with educational field trips for students in the geological sciences, but also participated in field trips for Caltech alumni, Associates, Caltech staff members, and others.

He was preceded in death by his wife, Jean Todd Sharp. His survivors include two adopted children, Kristin and Bruce. 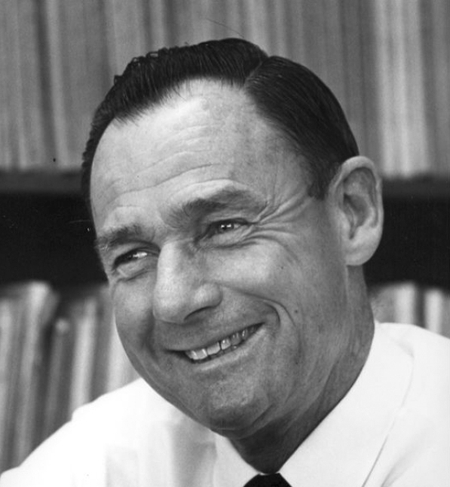 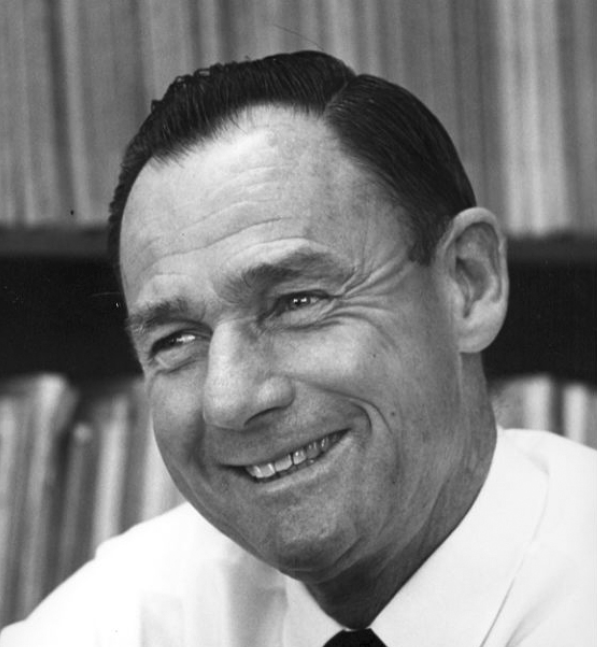