Skip to main content
Home  /  About  /  News  /  Celebrating 50 Years of Service: A Conversation with Mary Webster

Celebrating 50 Years of Service: A Conversation with Mary Webster

Every year, the Staff Service & Impact Awards celebrate Caltech's community of staff members and the work they do to advance the mission of the Institute. Service awards are presented in recognition of length of service, with the first award bestowed at the 10-year mark. This year the Institute will honor over 300 staff members for their on-the-job excellence and commitment to Caltech.

Among the honorees is Mary Webster, executive assistant to President Thomas F. Rosenbaum and secretary of the Board of Trustees, who will be recognized for 50 years of service to Caltech.

Webster started her Caltech career at the Jet Propulsion Laboratory (JPL) where she was a clerk stenographer. Four years later, she accepted an administrative position in the JPL director's office, where over the next 11 years she assumed increasing responsibility for external relations and as liaison to the campus. In March 1981, she transferred from JPL to the Office of the President on campus. In 1984, she was appointed executive assistant to the president and was elected assistant secretary of the board of trustees; she was elected secretary of the board of trustees in 1987.

We recently spoke with her about the role she has played at Caltech and how the Institute has evolved.

In the last 50 years, what are some of the biggest changes you have seen at Caltech? What has stayed the same?

Diversity has made a big positive difference here. The role and position of women is completely different—when I started working here, there were no female undergraduates (the first were admitted in 1970) and there were no women managers or supervisors. The physical infrastructure has also changed a great deal. When I started at JPL, there was a great deal of dust (the landscaping in front of Building 180 was still a thing of the future) and a lot of World War II era trailers. Although I didn't visit the campus much in those early days, Throop Hall was still a commanding presence and the construction of Millikan Library was not quite complete.  And there were no computers, no fax machines, no cell phones. Those of us who provided secretarial and administrative support had typewriters and telephones at our desks and we relied on telegrams and telex machines for "instant" communications. When I worked in the purchasing office at JPL, we used 12-page purchase orders forms, interleaved with carbon paper. We didn't dare make a typing mistake or we'd have to start all over—or correct the error on each page with a razor blade! So that's what's changed.

What has stayed the same?

What hasn't changed is the people. There are wonderful and supportive people here who are willing to take a young person and encourage them along a career path. I've had wonderful mentors. Additionally, Caltech's educational mission has never changed. The pursuit of excellence has been the hallmark of Caltech from its beginning. It's just a fantastic place to work. I couldn't imagine having spent my career any place else. It really is an exciting place to be.

How many presidents have you worked with?

Six—Dr. Goldberger, who hired me; Dr. Everhart, Dr. Baltimore, Dr. Chameau, interim President Dr. Stolper, and Dr. Rosenbaum. I also worked in Dr. Brown's office on temporary assignments while I was at JPL and I got to know Dr. DuBridge through my work with the Board of Trustees. So the only one I never met was Dr. Millikan, who never used the title of president, even though everyone knew he was very much in charge.

How has your job changed over the last 50 years?

I'm the chief of staff for the president's office and the corporate secretary for the board of trustees. Every president has a different way of operating, a different character. All of them are fantastic, and every one of them has been good for Caltech in a very different way. The organization of the office and the way we operate changes to match the style of each president. With every one of them, it was like having a new job, although I sat in the same office with the same title. Flexibility is important.

Most people do not work with the Trustees as closely as you do. Has that experience given you any insights or perspectives about Caltech?

The trustees are fabulous. As fiduciaries, they are required to hold the institution in trust for the benefit of society and to think long-term and strategically about the Institute's future. Unlike most universities, most of Caltech's trustees are not alumni, but each one of them cares about Caltech in a very extraordinary and deep way. These "citizen" trustees are frequently our primary, and most generous, sources of philanthropy. I would encourage anybody who has a chance to get acquainted with them.

What has been the most interesting or exciting thing about your job?

My favorite memories from JPL are from the planetary encounters—most of which seemed to occur in the middle of the night. On campus, the decadal transitions between presidents and the board chair of the Board of Trustees have always been interesting. One of the best things about Caltech is that you're always learning new things. For example, earlier this year I helped put together the Science and Society conference that celebrated the Caltech career of Ahmed Zewail [Linus Pauling Professor of Chemistry and Professor of Physics], which provided a wonderful eye-opening opportunity to explore the impact that engineering and science have on society. That is just one of the most recent examples of why working at Caltech is such a rewarding experience, particularly for those of us who are not scientists or engineers. The Caltech community never stops learning. 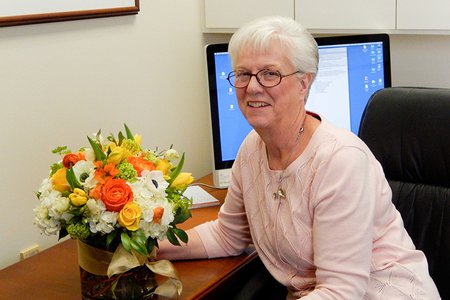 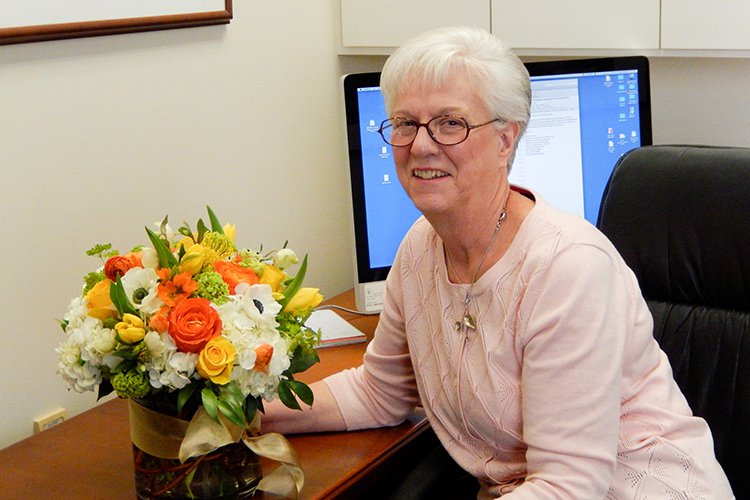