Skip to main content
Home  /  About  /  News  /  Why Did Western Europe Dominate the Globe?

Why Did Western Europe Dominate the Globe?

Although Europe represents only about 8 percent of the planet's landmass, from 1492 to 1914, Europeans conquered or colonized more than 80 percent of the entire world. Being dominated for centuries has led to lingering inequality and long-lasting effects in many formerly colonized countries, including poverty and slow economic growth. There are many possible explanations for why history played out this way, but few can explain why the West was so powerful for so long.

Caltech's Philip Hoffman, the Rea A. and Lela G. Axline Professor of Business Economics and professor of history, has a new explanation: the advancement of gunpowder technology. The Chinese invented gunpowder, but Hoffman, whose work applies economic theory to historical contexts, argues that certain political and economic circumstances allowed the Europeans to advance gunpowder technology at an unprecedented rate—allowing a relatively small number of people to quickly take over much of the rest of the globe.

Hoffman's work is published in a new book titled Why Did Europe Conquer the World? We spoke with him recently about his research interests and what led him to study this particular topic.

You have been on the Caltech faculty for more than 30 years. Are there any overarching themes to your work?

Over the years I've been interested in a number of different things, and this new work puts together a lot of bits of my research. I've looked at changes in technology that influence agriculture, and I've studied the development of financial markets, and in between those two, I was also studying why financial crises occur. I've also been interested in the development of tax systems. For example, how did states get the ability to impose heavy taxes? What were the politics and the political context of the economy that resulted in this ability to tax?

What led you to investigate the global conquests of western Europe?

It's just fascinating. In 1914, really only China, Japan, and the Ottoman Empire had escaped becoming European colonies. A thousand years ago, no one would have ever expected that result, for at that point western Europe was hopelessly backward. It was politically weak, it was poor, and the major long-distance commerce was a slave trade led by Vikings. The political dominance of western Europe was an unexpected outcome and had really big consequences, so I thought: let's explain it.

Many theories purport to explain how the West became dominant. For example, that Europe became industrialized more quickly and therefore became wealthier than the rest of the world. Or, that when Europeans began to travel the world, people in other countries did not have the immunity to fight off the diseases they brought with them. How is your theory different?

Yes, there are lots of conventional explanations—industrialization, for example—but on closer inspection they all fall apart. Before 1800, Europe had already taken over at least 35 percent of the world, but Britain was just beginning to industrialize. The rest of Europe at that time was really no wealthier than China, the Middle East, or South Asia. So as an explanation, industrialization doesn't work.

Another explanation, described in Jared Diamond's famous book [Guns, Germs, and Steel: The Fates of Human Societies], is disease. But something like the smallpox epidemic that ravaged Mexico when the Spanish conquistador Hernán Cortés overthrew the Aztec Empire just isn't the whole story of Cortés's victory or of Europe's successful colonization of other parts of the world. Disease can't explain, for example, the colonization of India, because people in southeast Asia had the same immunity to disease that the Europeans did. So that's not the answer—it's something else.

What made you turn to the idea of gunpowder technology as an explanation?

It started after I gave an undergraduate here a book to read about gunpowder technology, how it was invented in China and used in Japan and Southeast Asia, and how the Europeans got very good at using it, which fed into their successful conquests. I'd given it to him because the use of this technology is related to politics and fiscal systems and taxes, and as he was reading it, he noted that the book did not give the ultimate cause of why Europe in particular was so successful. That was a really great question and it got me interested.

What was so special about gunpowder?

Gunpowder was really important for conquering territory; it allows a small number of people to exercise a lot of influence. The technology grew to include more than just guns: armed ships, fortifications that can resist artillery, and more, and the Europeans became the best at using these things.

So, I put together an economic model of how this technology has advanced to come up with what I think is the real reason why the West conquered almost everyone else. My idea incorporates the model of a contest or a tournament where your odds of winning are higher if you spend more resources on fighting. You can think of that as being much like a baseball team that hires better players to win more games, but in this case, instead of coaches, it's political leaders and instead of games there are wars. And the more that the political leaders spend, the better their chances of defeating other leaders and, in the long run, of dominating the other cultures.

What kinds of factors are included in this model?

One big factor that's important to the advancement of any defense technology is how much money a political leader can spend. That comes down to the political costs of raising revenue and a leader's ability to tax. In the very successful countries, the leaders could impose very heavy taxes and spend huge sums on war.

The economic model then connected that spending to changes in military technology. The spending on war gave leaders a chance to try out new weapons, new armed ships, and new tactics, and to learn from mistakes on the battlefield. The more they spent, the more chances they had to improve their military technology through trial and error while fighting wars. So more spending would not only mean greater odds of victory over an enemy, but more rapid change in military technology.

If you think about it, you realize that advancements in gunpowder technology—which are important for conquest—arise where political leaders fight using that technology, where they spend huge sums on it, and where they're able to share the resulting advances in that technology. For example, if I am fighting you and you figure out a better way to build an armed ship, I can imitate you. For that to happen, the countries have to be small and close to one another. And all of this describes Europe.

What does this mean in a modern context?

One lesson the book teaches is that actions involving war, foreign policy, and military spending can have big, long-lasting consequences: this is a lesson that policy makers should never forget. The book also reminds us that in a world where there are hostile powers, we really don't want to get rid of spending on improving military technology. Those improvements can help at times when wars are necessary—for instance, when we are fighting against enemies with whom we cannot negotiate. Such enemies existed in the past—they were fighting for glory on the battlefield or victory over an enemy of the faith—and one could argue that they pose a threat today as well.

Things are much better if the conflict concerns something that can be split up—such as money or land. Then you can bargain with your enemies to divvy up whatever you disagree about and you can have something like peace. You'll still need to back up the peace with armed forces, but you won't actually fight all that much, and that's a much better outcome.

In either case, you'll still be spending money on the military and on military research. Personally, I would much rather see expenditures devoted to infrastructure, or scientific research, or free preschool for everybody—things that would carry big economic benefits—but in this world, I don't think you can stop doing military research or spending money on the military. I wish we did live in that world, but unfortunately it's not realistic. 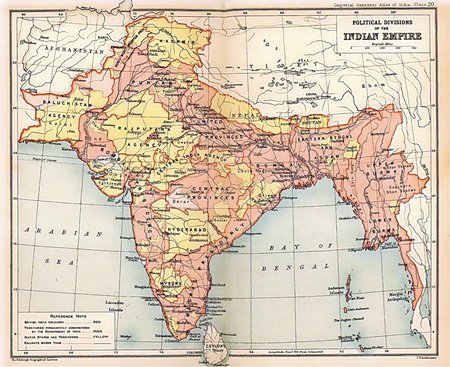 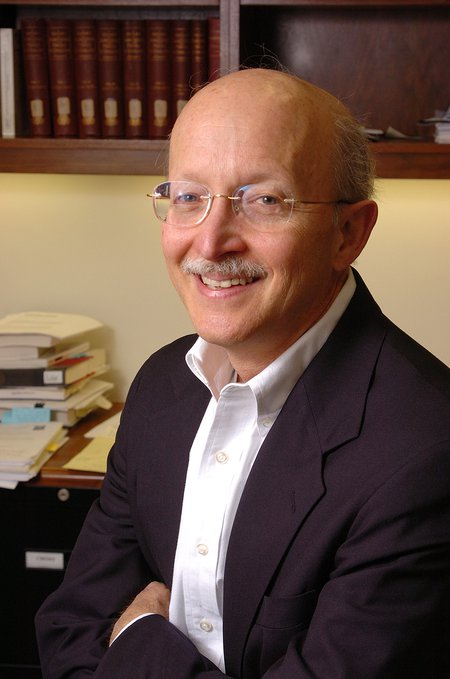 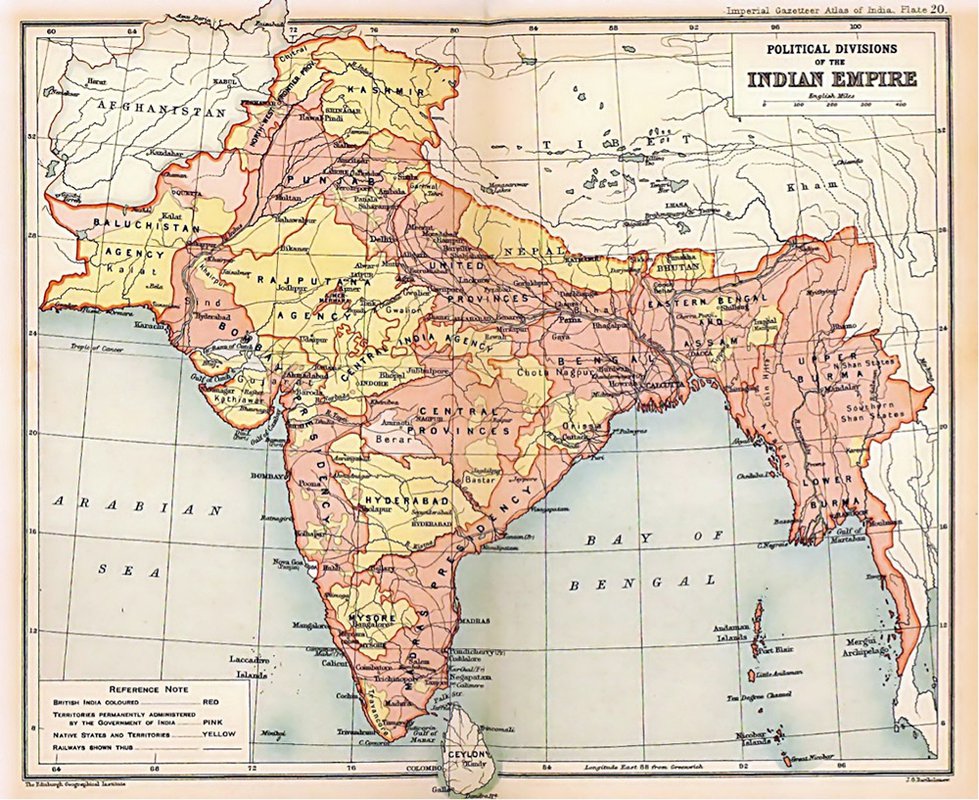 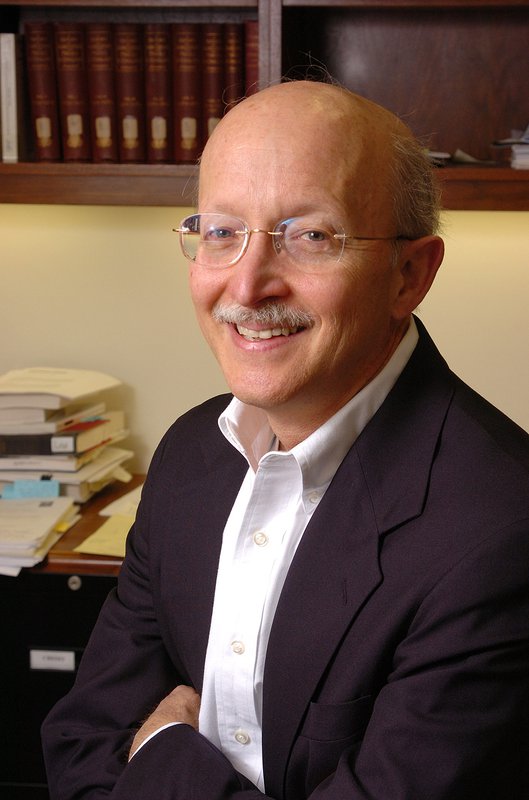