Hundreds of Copies of Newton's Principia Found in New Census

In a story of lost and stolen books and scrupulous detective work across continents, a Caltech historian and his former student have unearthed previously uncounted copies of Isaac Newton's groundbreaking science book Philosophiae Naturalis Principia Mathematica, known more colloquially as the Principia. The new census more than doubles the number of known copies of the famous first edition, published in 1687. The last census of this kind, published in 1953, had identified 189 copies, while the new Caltech survey finds 386 copies. Up to 200 additional copies, according to the study authors, likely still exist undocumented in public and private collections.

"We felt like Sherlock Holmes," says Mordechai (Moti) Feingold, the Kate Van Nuys Page Professor of the History of Science and the Humanities at Caltech, who explains that he and his former student, Andrej Svorenčík (MS '08) of the University of Mannheim in Germany, spent more than a decade tracing copies of the book around the world. Feingold and Svorenčík are co-authors of a paper about the survey published in the journal Annals of Science.

Moreover, by analyzing ownership marks and notes scribbled in the margins of some of the books, in addition to related letters and other documents, the researchers found evidence that the Principia, once thought to be reserved for only a select group of expert mathematicians, was more widely read and comprehended than previously thought.

"One of the realizations we've had," says Feingold, "is that the transmission of the book and its ideas was far quicker and more open than we assumed, and this will have implications on the future work that we and others will be doing on this subject."

In the Principia, Newton introduced the laws of motion and universal gravitation, "unifying the terrestrial and celestial worlds under a single law," says Svorenčík.

"By the 18th century, Newtonian ideas transcended science itself," says Feingold. "People in other fields were hoping to find a similar single law to unify their own respective fields. The influence of Newton, just like that of Charles Darwin and Albert Einstein, exerted considerable influence on many other aspects of life, and that is what made him such a canonical figure during the 18th century and beyond."

Principia Found Behind the Iron Curtain

Svorenčík says that the project was born out of a paper he wrote for a course in the history of science taught by Feingold. Originally from Slovakia, Svorenčík had written a term paper about the distribution of the Principia in Central Europe. "I was interested in whether there were copies of the book that could be traced to my home region. The census done in the 1950s did not list any copies from Slovakia, the Czech Republic, Poland, or Hungary. This is understandable as the census was done after the Iron Curtain descended, which made tracing copies very difficult."

To Svorenčík's surprise, he found many more copies than Feingold had expected. The summer after the class, Feingold suggested to Svorenčík that they turn his project into the first-ever complete, systematic search for copies of the first edition of the Principia. Their ensuing detective work across the globe turned up about 200 previously unidentified copies in 27 countries, including 35 copies in Central Europe. Feingold and Svorenčík even came across lost or stolen copies of the masterpiece; for example, one copy found with a bookseller in Italy was discovered to have been stolen from a library in Germany half a century earlier.

"We contacted the German library to let them know, but they were too slow to make a decision to buy back the copy or apprehend it somehow, so it ended up back on the market," says Feingold.

According to the historians, copies of the first edition of the Principia sell today for between $300,000 and $3,000,000 via auction houses like Christie's and Sotheby's as well as on the black market. They estimate that some 600, and possibly as many as 750 copies of the book's first edition were printed in 1687.

The primary person behind the book's publication was Edmond Halley, a well-known English scientist who made several discoveries about our solar system, including the periodicity of what later became known as Halley's Comet. Feingold explains that, before the Principia was written, Halley had asked Newton for some calculations regarding elliptical orbits of bodies in our solar system. When Halley saw the calculations, "he got so excited, he rushed back to Cambridge and basically forced Newton to write the Principia," says Feingold. In fact, Halley funded the publication of the book's first edition.

Soon after its publication, the book was recognized as a work of genius. "Because Halley had already prepared the public for what was to come," says Feingold, "there was a widespread recognition that the Principia was a masterpiece." Later, a "mystique" about Newton started to develop, according to Feingold, exemplified in a story about two students walking in Cambridge and spotting Newton on the street. "'There goes a man,' one of them said, 'who wrote a book that neither he nor anybody else understands,'" says Feingold.

The idea that the Principia was incomprehensible and little read is called into question with the new survey results. Not only does the research show that there was a larger market for the book than once thought, it also demonstrates that people were digesting its contents to a greater extent than realized.

"When you look through the copies themselves, you might find small notes or annotations that give you clues about how it was used," says Svorenčík, who has personally inspected about 10 percent of the copies documented in their census. When traveling to conferences in different countries, he would make time to visit local libraries. "You look at the condition of the ownership marks, the binding, deterioration, printing differences, et cetera." Even without inspecting the books up close, the historians could trace who owned them through library records and other letters and documents, and learn how copies were shared.

"It's harder to show how much people engaged with a book than simply owned it, but we can look at the notes in the margins and how the book was shared," says Feingold. "You can assume that for each copy, there are multiple readers. It's not like today, where you might buy a book and are the only one to read it. And then we can look for an exchange of ideas between the people sharing copies. You start to put together the pieces and solve the puzzle."

Svorenčík and Feingold hope that their census, which they call preliminary, will yield information about other existing copies tucked away with private owners, book dealers, and libraries. Continuing this line of research into the future, the historians plan to further refine our understanding of how the Principia shaped 18th-century science. 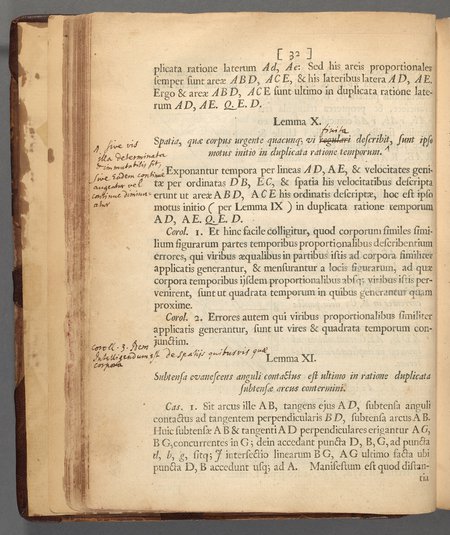 Isaac Newton's own writing can be seen here in a copy of the 17th-century masterpiece, Principia, located at The Huntington Library, Art Museum, and Botanical Gardens. Newton would correct errors in the text and make editorial additions, some of which were included in later editions of the Principia. Credit: Babson College's Grace K. Babson Collection of the Works of Sir Isaac Newton/The Huntington Library, San Marino, California
Image Lightbox 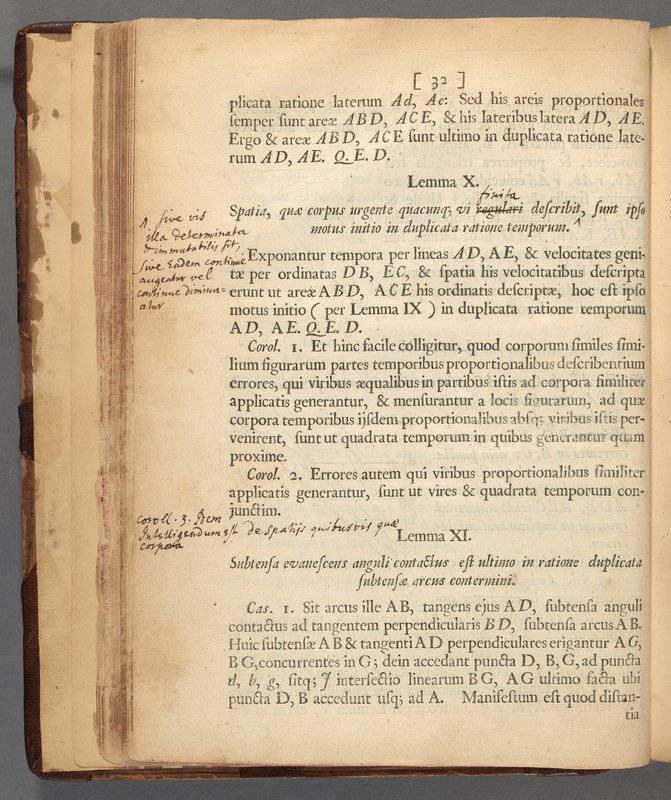 Isaac Newton's own writing can be seen here in a copy of the 17th-century masterpiece, Principia, located at The Huntington Library, Art Museum, and Botanical Gardens. Newton would correct errors in the text and make editorial additions, some of which were included in later editions of the Principia.
Credit: Babson College's Grace K. Babson Collection of the Works of Sir Isaac Newton/The Huntington Library, San Marino, California
Download Full Image 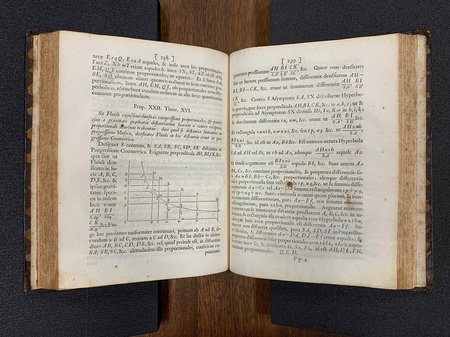 Caltech's copy of the Principia, owned in the 18th century by French mathematician and natural philosopher Jean-Jacques d'Ortous de Mairan. More recently, it was in the collection of Caltech physicist Earnest Watson. Credit: Caltech Archives 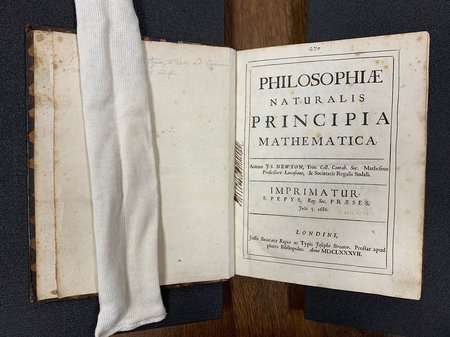 Caltech's own copy of the first edition of the Principia is part of the Institute's Archives and Special Collections. In the 18th century, it belonged to French mathematician and natural philosopher Jean-Jacques d'Ortous de Mairan, whose signature can be seen in the left margin of the title page. The white, weighted cloth seen at left helps hold the pages down. Credit: Caltech Archives
Image Gallery Lightbox 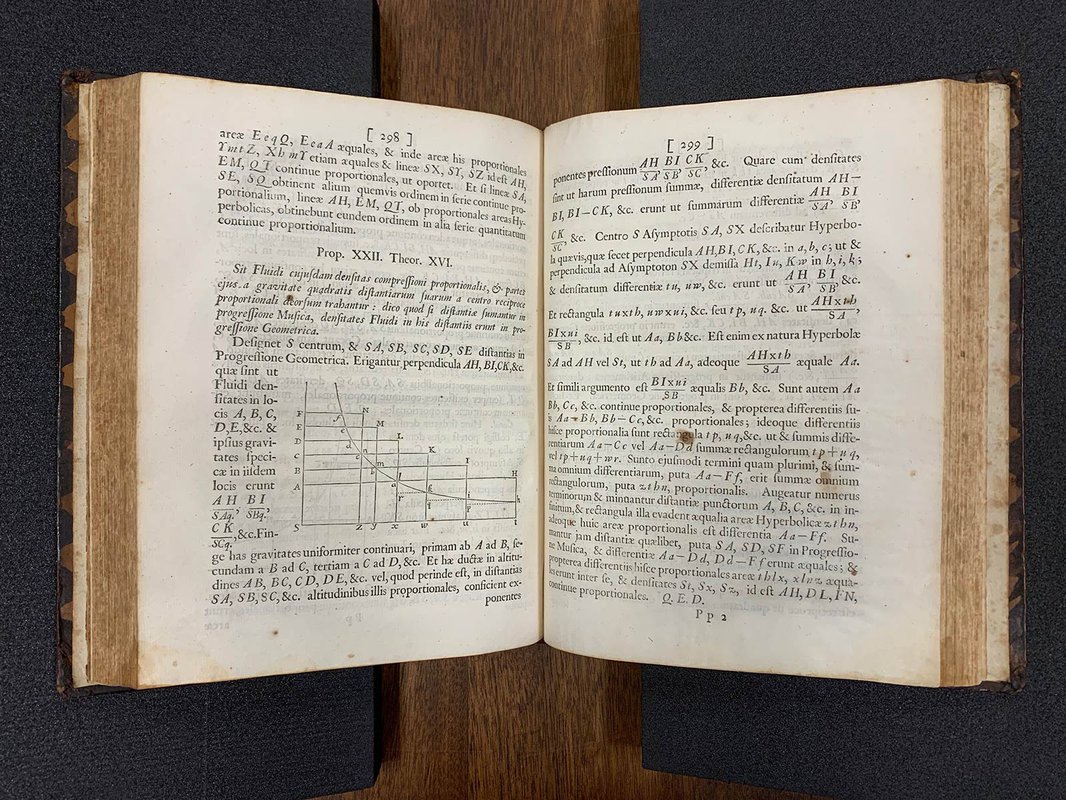 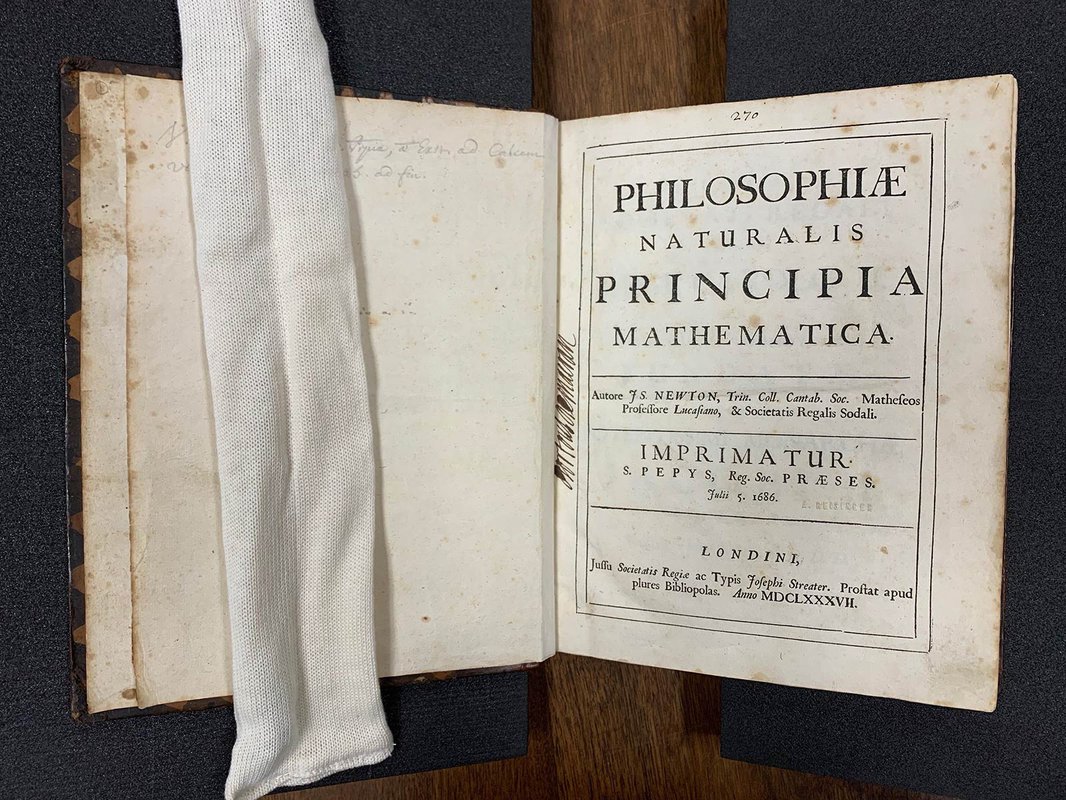 Caltech's own copy of the first edition of the Principia is part of the Institute's Archives and Special Collections. In the 18th century, it belonged to French mathematician and natural philosopher Jean-Jacques d'Ortous de Mairan, whose signature can be seen in the left margin of the title page. The white, weighted cloth seen at left helps hold the pages down.
Credit: Caltech Archives
Download Full Image 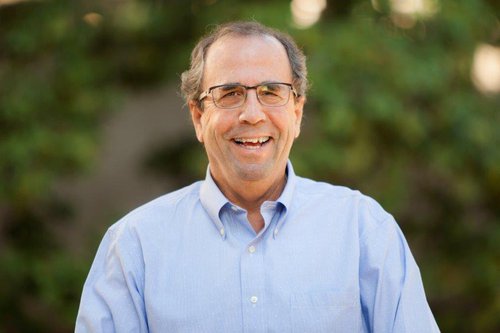 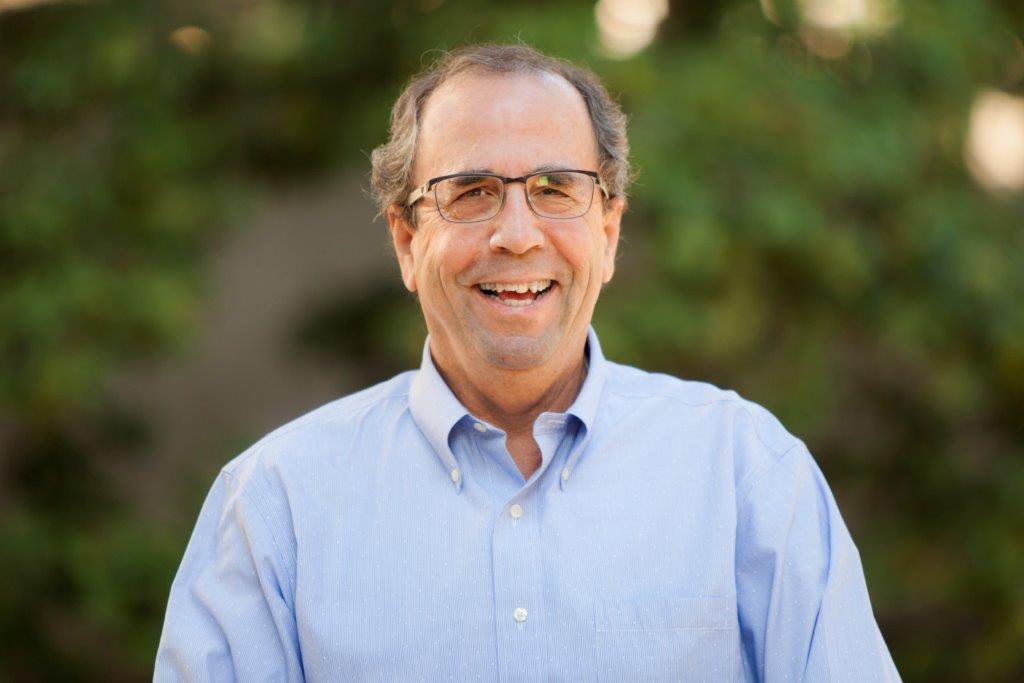 Mordechai (Moti) Feingold specializes in the history of science and related disciplines from the 16th to 18th centuries. He has authored two books on Isaac Newton, including Newton and the Origin of Civilization (2013), written with Jed Buchwald, Caltech's Doris and Henry Dreyfuss Professor of History; and The Newtonian Moment: Isaac Newton and the Making of Modern Culture (2004). Coincidentally, the benefactor of Feingold's professorship, Kate Van Nuys Page, is the daughter of a rancher who once owned a large portion of the San Fernando Valley and just happened to be named Isaac Newton Van Nuys.