Skip to main content
Home  /  About  /  News  /  Understanding Congenital Heart Defects, One Chicken at a Time

Understanding Congenital Heart Defects, One Chicken at a Time

Approximately 10 percent of infants are born with a congenital heart defect, with one of the most common being persistent truncus arteriosus—a hole in the heart. In a healthy baby, deoxygenated blood is pumped through a one-way blood vessel to the lungs, where it becomes oxygenated and is pumped through an adjacent blood vessel back to the heart, like two directions of highway traffic cleanly separated by a median. But in a baby with persistent truncus arteriosus, the median between these two passages has a hole that causes oxygenated and deoxygenated blood to mix. Thus, too little oxygen gets to the body, and the heart has to work harder. Surgery is necessary to repair this hole, and the babies often have physical difficulties throughout childhood.

This hole is caused when the heart does not form properly in development, but it is not detectable until after the baby is born. Now, using chicken embryos as a model organism, a team of Caltech researchers has discovered the genetic pathways that certain stem cells utilize to properly form heart tissues. Reprogramming other stem cells with these genetic instructions, the researchers say, would induce them to make heart tissue, even if that was not their original purpose.

Understanding these genetic processes could one day enable doctors to detect persistent truncus arteriosus before birth, and possibly to correct the defect without surgery, while the baby is still in the womb.

The research was conducted in the laboratory of Marianne Bronner, Albert Billings Ruddock Professor of Biology and director of the Beckman Institute, and is described in a paper appearing in the journal Developmental Cell on May 4.

Studying human development can be difficult due to issues surrounding the use of human embryos. The Bronner laboratory instead uses chicken embryos, which have analogous developmental processes and genes as humans in the early embryonic stage.

At about two days of development, a chicken embryo has developed a line of undifferentiated stem cells, called neural crest cells, stretching along its body from head to tail. This stage of development is similar to that of a one-month-old human embryo. Neural crest cells are an important research focus for the Bronner laboratory because they eventually migrate throughout the forming body and help to form the skeleton of the face and portions of the heart, among other things.

In this new work, graduate student Shashank Gandhi identified the genes and genetic pathways that make cardiac neural crest cells unique from other types of neural crest cells. Working with Max Ezin of Loyola Marymount University, Gandhi experimentally knocked out these genes in chicken embryos and found that the heart muscle did not form properly.

What is more, Gandhi genetically "reprogrammed" trunk neural crest cells by expressing this cardiac neural crest gene circuit. "Reprogramming is similar to installing a Windows operating system on a Mac," says Gandhi. "We predicted that this set of genes might overwrite the original program of these cells and thus change what they could do." To test this idea, Gandhi and Ezin transplanted these reprogrammed cells into the neck region. Remarkably, the cells migrated to the heart and developed into heart tissue, behaving like cardiac neural crest cells.

"We are very excited about these results because they are the first to show that a small number of genes enable neural crest cells to form a barrier that separates blood flowing to and from the heart and the lungs," says Bronner. "Our hope is that this will lead to a better understanding of birth defects that cause heart abnormalities."

The paper is titled "Reprogramming axial level identity to rescue neural-crest-related congenital heart defects." Shashank Gandhi is the paper's first author. In addition to Bronner, Ezin is a co-author. Funding was provided by the National Institutes of Health and a predoctoral fellowship from the American Heart Association. Marianne Bronner is an affiliated faculty member with the Tianqiao and Chrissy Chen Institute for Neuroscience at Caltech. 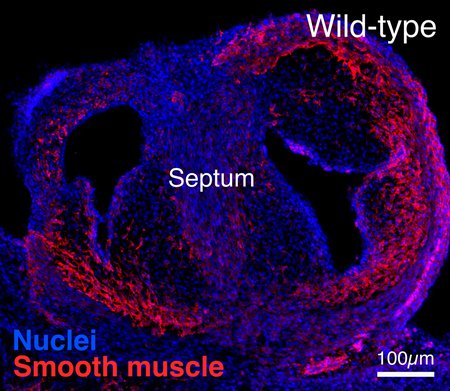 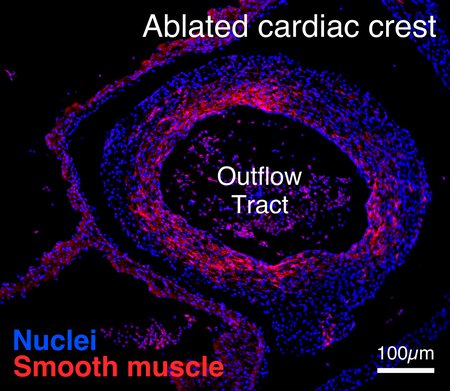 Ablation (destruction) of cardiac neural crest cells results in the failure of outflow tract septation in the chicken embryo, causing a "hole" between the inflow and outflow blood vessels in the heart. This mirrors a condition found in human infants called Persistent Truncus Arteriosus. Credit: Bronner laboratory 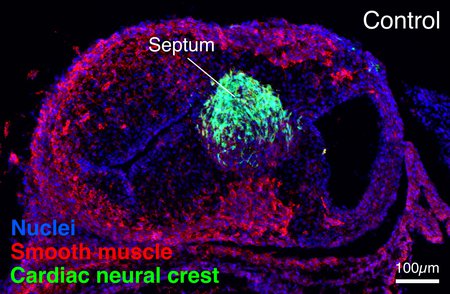 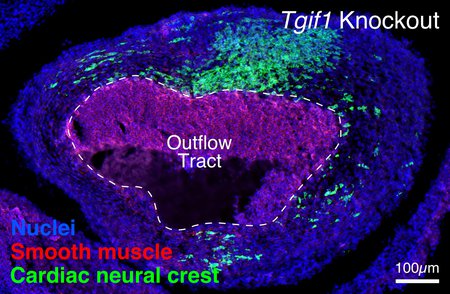 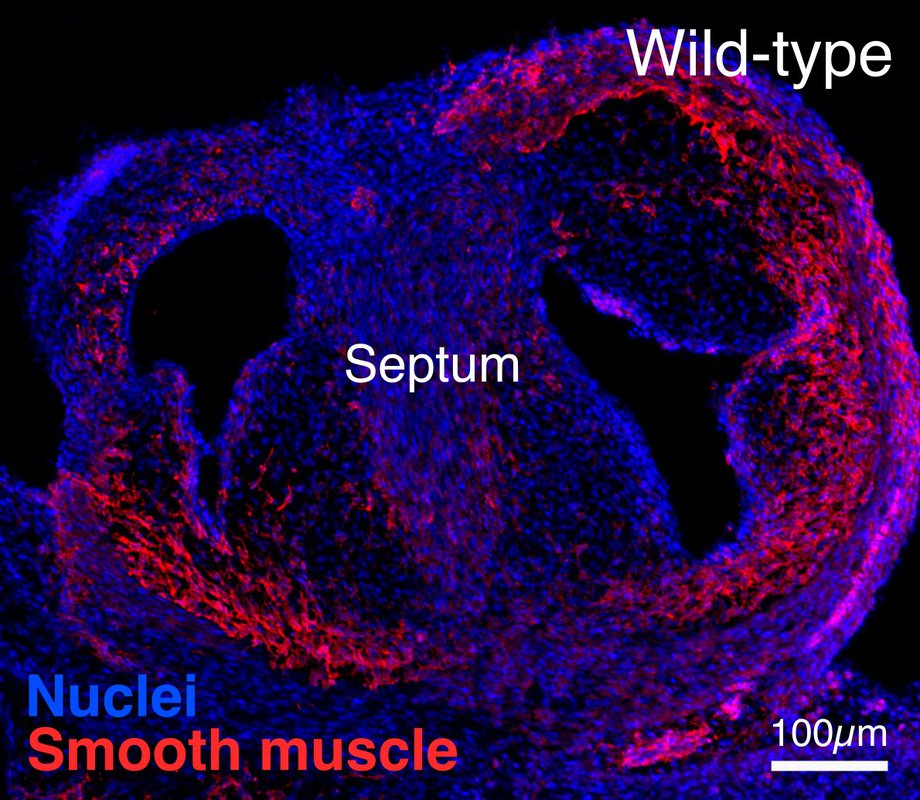 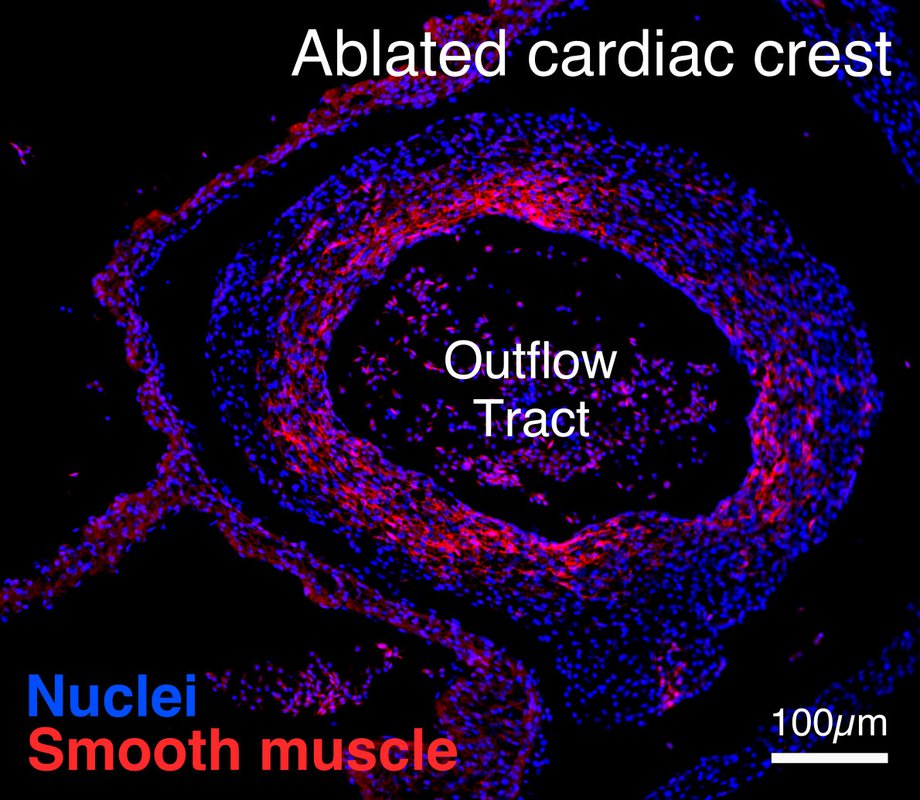 Ablation (destruction) of cardiac neural crest cells results in the failure of outflow tract septation in the chicken embryo, causing a "hole" between the inflow and outflow blood vessels in the heart. This mirrors a condition found in human infants called Persistent Truncus Arteriosus.
Credit: Bronner laboratory
Download Full Image 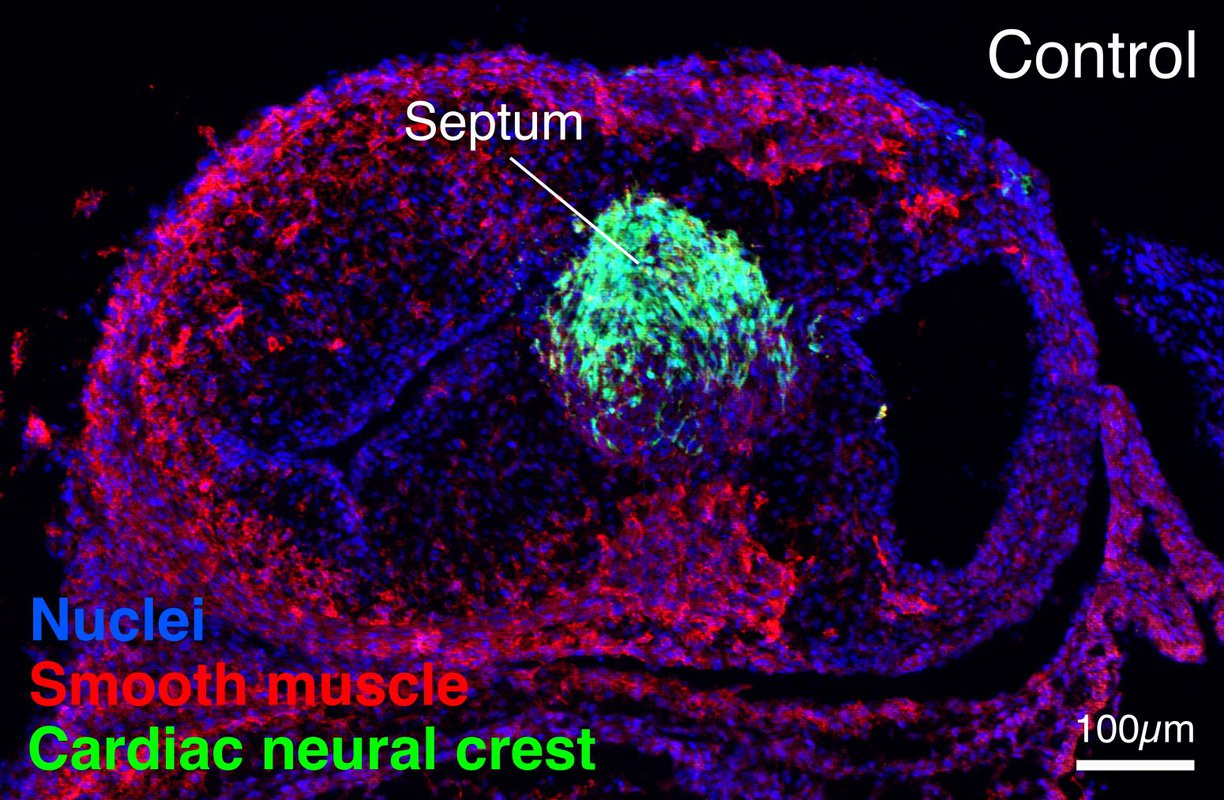 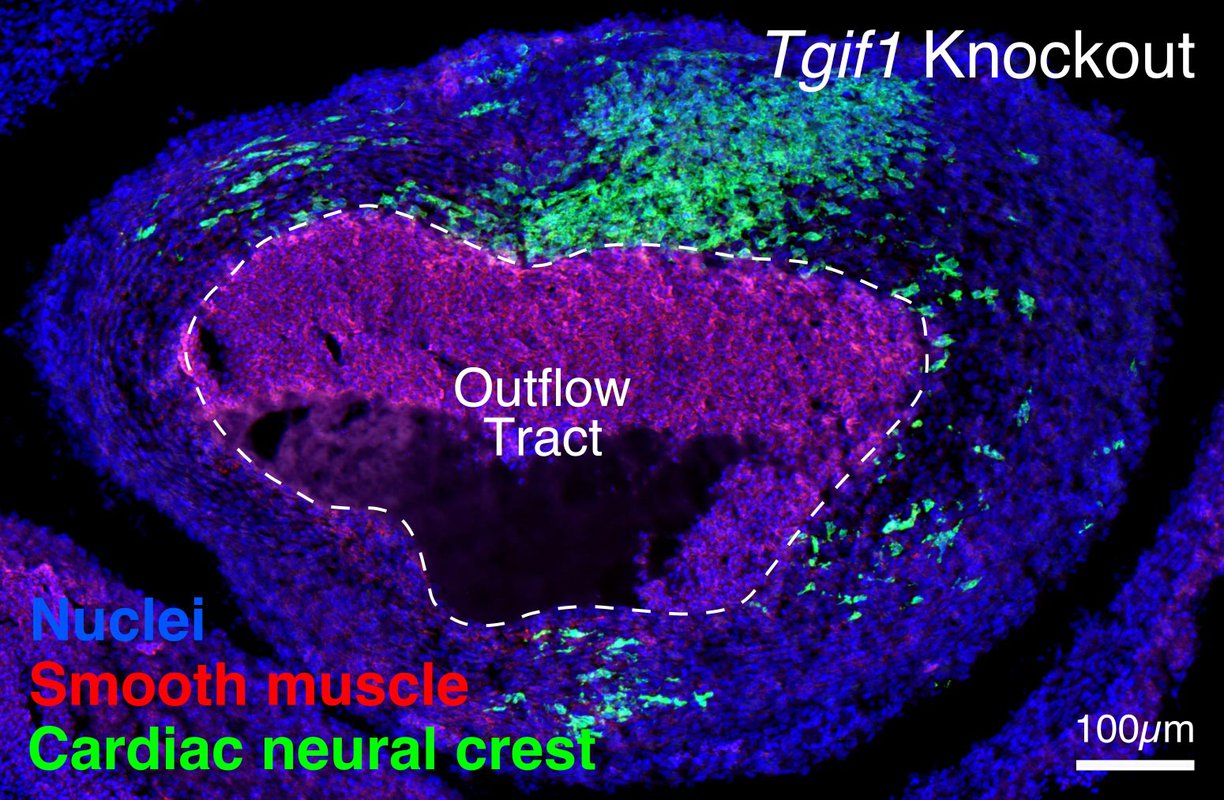