A new technique could offer a targeted approach to fighting cancer: low-intensity pulses of ultrasound have been shown to selectively kill cancer cells while leaving normal cells unharmed.

Ultrasound waves—sound waves with frequencies higher than humans can hear—have been used as a cancer treatment before, albeit in a broad-brush approach: high-intensity bursts of ultrasound can heat up tissue, killing cancer and normal cells in a target area. Now, scientists and engineers are exploring the use of low-intensity pulsed ultrasound (LIPUS) in an effort to create a more selective treatment.

A study describing the effectiveness of the new approach in cell models was published in Applied Physics Letters on January 7. The researchers behind the work caution that it is still preliminary—it still has not been tested in a live animal let alone in a human, and there remain several key challenges to address—but the results so far are promising.

The research began five years ago when Caltech's Michael Ortiz, Frank and Ora Lee Marble Professor of Aeronautics and Mechanical Engineering, found himself pondering whether the physical differences between cancer cells and healthy cells—things like size, cell-wall thickness, and size of the organelles within them—might affect how they vibrate when bombarded with sound waves and how the vibrations might trigger cancer cell death. "I have my moments of inspiration," Ortiz says wryly. 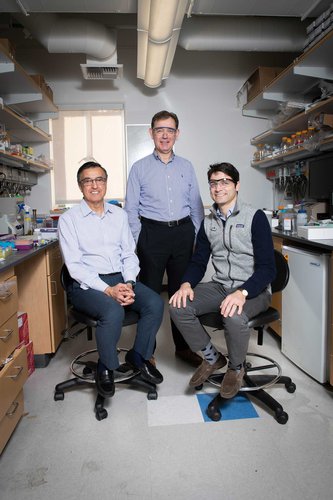 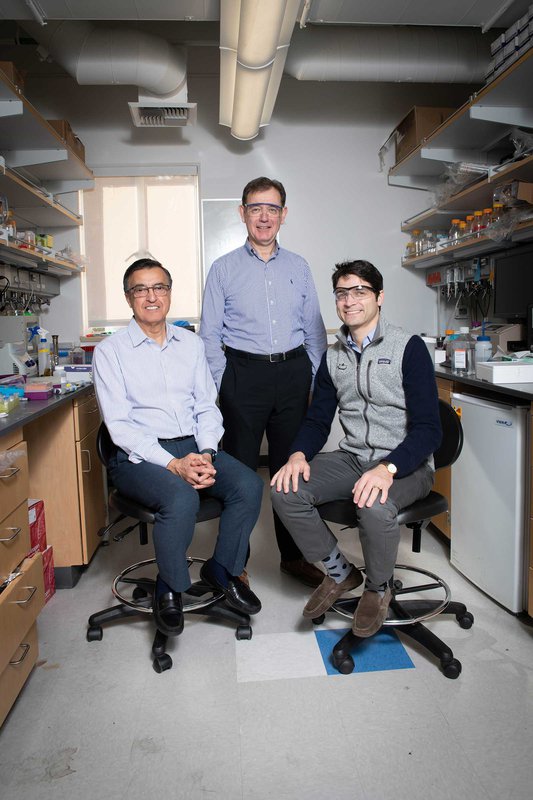 And so Ortiz built a mathematical model to see how cells would react to different frequencies and pulses of sound waves. Together with then-graduate student Stefanie Heyden (PhD '14), who is now at ETH Zurich, Ortiz published a paper in 2016 in the Journal of the Mechanics and Physics of Solids showing that there was a gap in the so-called resonant growth rates of cancerous and healthy cells. That gap meant that a carefully tuned sound wave could, in theory, cause the cell membranes of cancerous cells to vibrate to the point that they ruptured while leaving healthy cells unharmed. Ortiz dubbed the process "oncotripsy" from the Greek oncos (for tumor) and tripsy (for breaking).

Excited by the results, Ortiz applied for and received funding to continue the research through Caltech's Rothenberg Innovation Initiative (RI2), an endowed program launched with funding from the late Caltech trustee Jim Rothenberg and his wife, Anne Rothenberg, to support research projects with high commercial potential. Ortiz also recruited doctoral student Erika F. Schibber (MS '16, PhD '19), whose research involved the study of vibrations on satellites, to work on the project.

Ortiz then invited Mory Gharib (PhD '83), Hans W. Liepmann Professor of Aeronautics and Bioinspired Engineering, to attend a meeting of his research group. Gharib, a prolific inventor, has shepherded numerous research developments from the lab to the market. For example, a prosthetic polymer heart valve he designed was implanted in a human for the first time in July, and he also created a smartphone app for monitoring heart health; an eye implant he designed to prevent glaucoma-related blindness has been implanted in more than 500,000 patients since 2012.

Intrigued by the project, Gharib pitched the idea to one of his advisees, David Mittelstein. As a graduate student in the MD-PhD Program that is run by Caltech and the Keck School of Medicine of USC, Mittelstein was already working on the aforementioned prosthetic polymer valve with Gharib. But, in the oncotripsy project, he saw the opportunity to participate in research from its theoretical conception to its proof of concept. 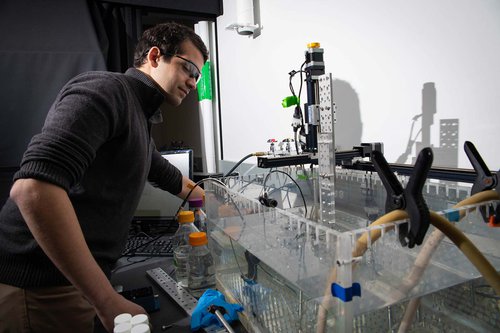 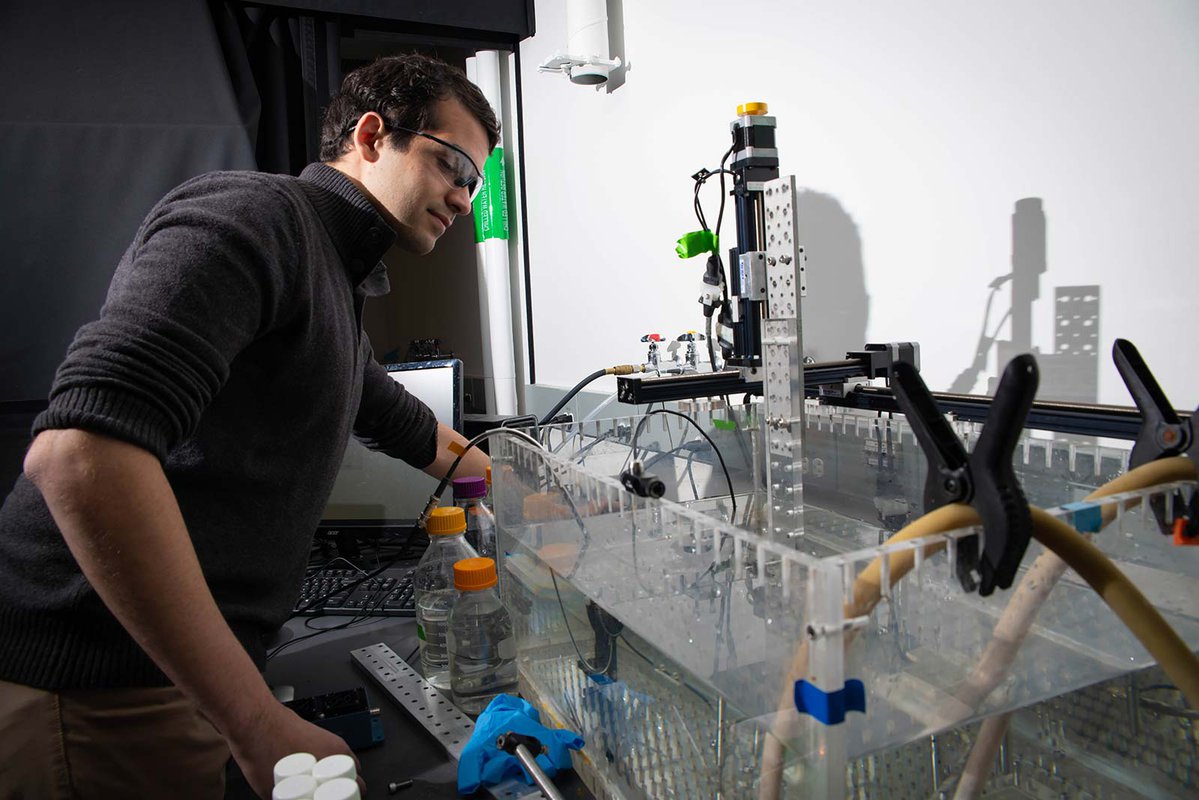 "Mory and Michael really empowered me to take the lead on this project, designing and building ways to test Michael's theory in the real world," says Mittelstein, who will defend his dissertation at Caltech in mid-February before heading back to USC to complete his medical degree.

Mittelstein assembled a team to tackle the project, recruiting ultrasound expert Mikhail Shapiro, a professor of chemical engineering at Caltech. Shapiro recently devised a system that allows ultrasound to reveal gene expression in the body and has designed bacteria that reflect sound waves so that they can be tracked through the body via ultrasound.

In the Shapiro Lab, Mittelstein began subjecting hepatocellular carcinoma, a common liver cancer, to various frequencies and pulses of ultrasound, and measuring the results.

Meanwhile, Caltech trustee Eduardo A. Repetto (PhD '98) introduced Ortiz to Peter P. Lee, chair of the Department of Immuno-Oncology at City of Hope, a cancer and research center in Duarte. As a physician-scientist, Lee is passionate about getting new treatments to patients. "When I heard about it, I thought it was intriguing and that, if it worked, could be a revolutionary way of treating cancer," Lee says. Other City of Hope researchers, including postdoc Jian Ye and oncologist M. Houman Fekrazad, also joined the project. 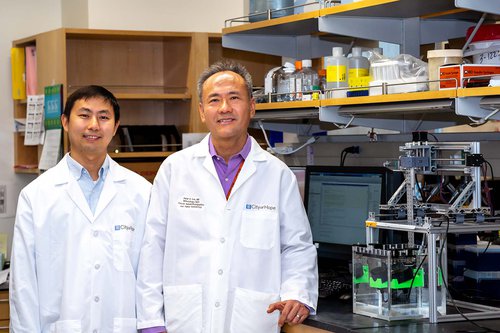 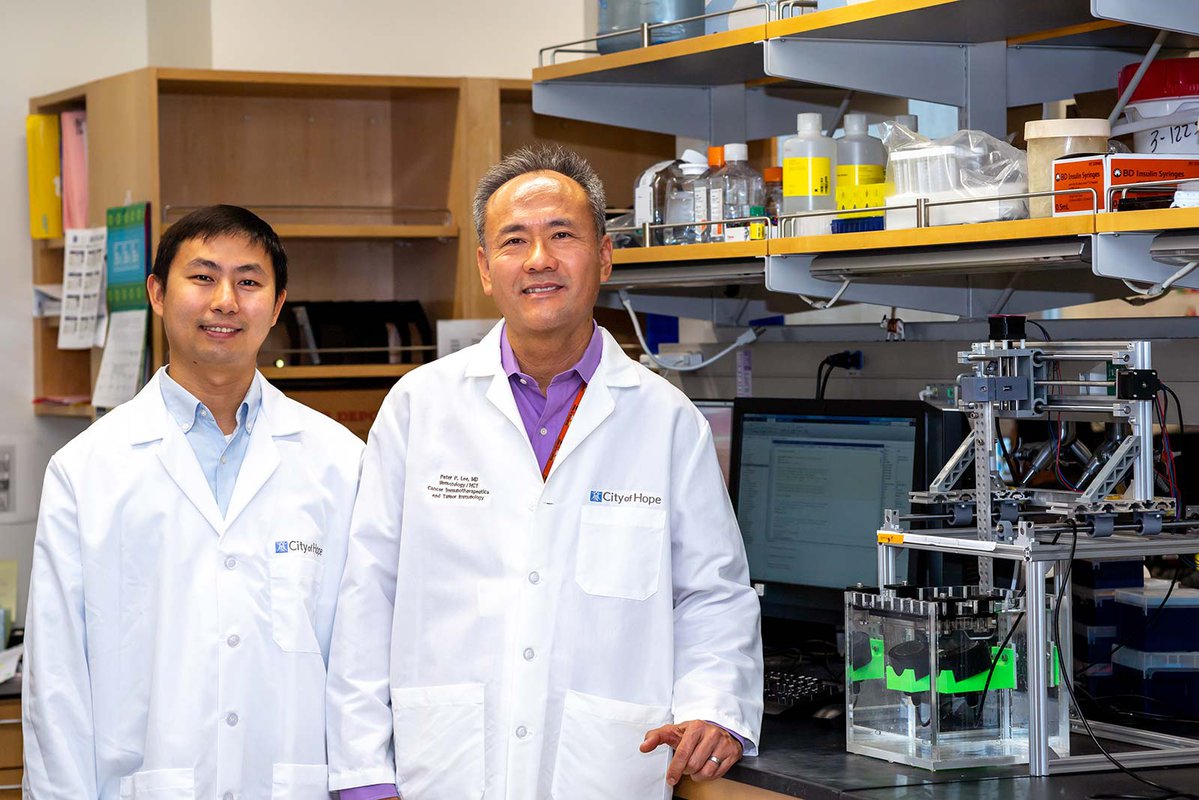 With additional funding from Amgen and the Caltech–City of Hope Biomedical Research Initiative, Mittelstein built a pilot instrument at City of Hope to mirror the one at Caltech, enabling his colleagues there to test samples without having to transport them back and forth between Duarte and Pasadena. Over time, Lee and his team at City of Hope expanded the repertoire of cancer cell lines being tested, drawing samples from humans and mice to include colon and breast cancer. They also tested a variety of healthy human cells, including immune cells, to check how the treatment affects these cells.

The hope, Lee says, is that ultrasound will kill cancer cells in a specific way that will also engage the immune system and arouse it to attack any cancer cells remaining after the treatment.

"Cancer cells are quite heterogeneous, even within a single tumor," Lee explains, "so it would be almost impossible to find a range of settings for the ultrasound that could kill every single cancer cell. This would leave surviving cells that could cause a tumor to regrow."

More than 50 million cells die in your body every day. Most of those deaths occur when cells simply grow old and die naturally through a process called apoptosis. Sometimes, however, cells die as the result of infection or injury. A healthy immune system can tell the difference between apoptosis and injury, ignoring the former while rushing to the site of the latter to attack any invading pathogens.

If ultrasound can be used to cause cell death in a way that the body's immune system recognizes as injury, instead of as apoptosis, this could lead to the site of the tumor being flooded with white blood cells that could attack remaining cancer cells. 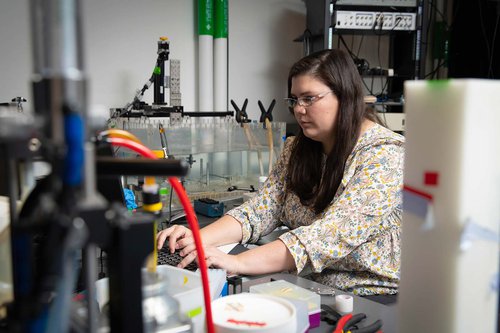 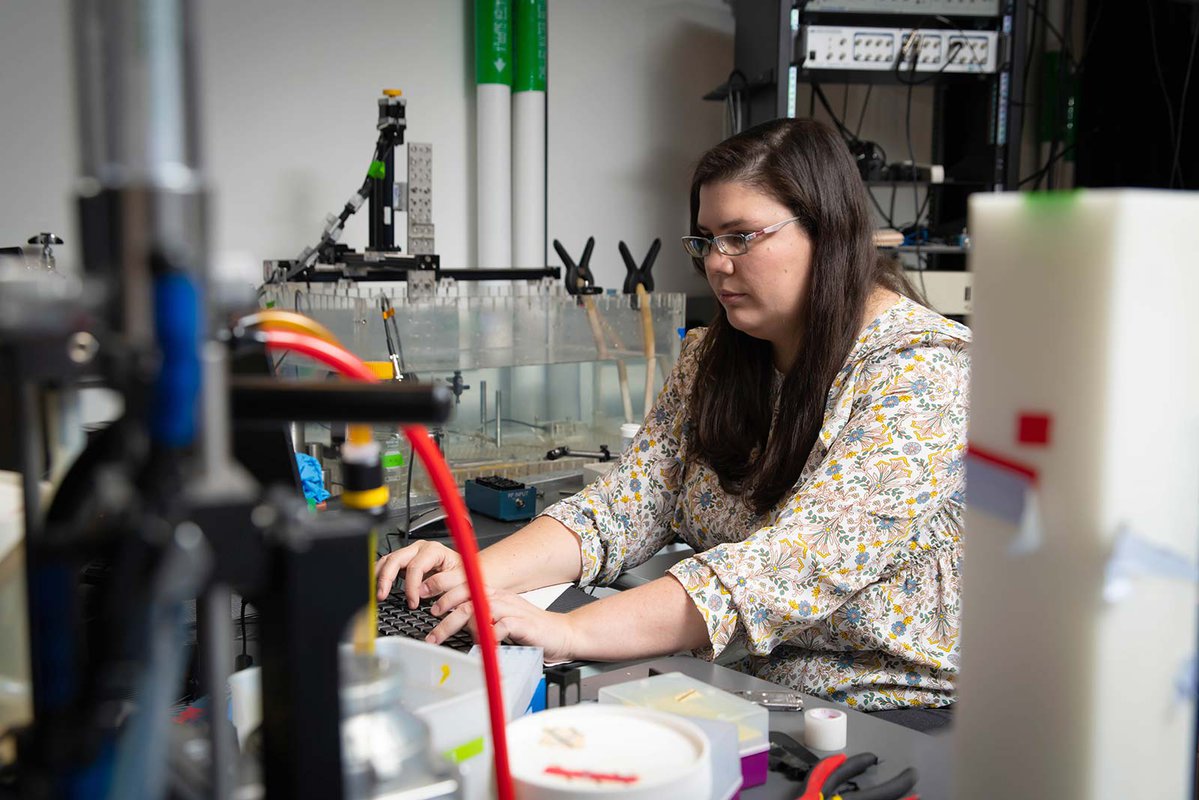 So far, all of the testing has been done in cell cultures in petri dishes, but the Caltech–City of Hope team plans to expand the testing to solid tumors and, eventually, living animals. Back in the Ortiz lab, Schibber used the results of the lab tests to refine the mathematical models, digging deeper to make sure that the researchers understand exactly how the sound waves are killing the cancer cells.

"We're learning more about how different cancer cells vibrate and sustain damage over many cycles of insonation, a process that we term 'cell fatigue,'" says Schibber, who defended her thesis on the topic in 2019 and is now a postdoctoral researcher in aerospace at Caltech. In Shapiro's lab, Mittelstein found that the formation of tiny bubbles (a process called cavitation) that could also cause some of the damage. Together, these developments are providing a conceptual basis for understanding the trends observed in the experiments.

Mittelstein hopes to stay involved in the project after his dissertation defense but, above all else, is eager to see the research continue and to one day lead to an effective cancer treatment.

"This is an exciting proof-of-concept for a new kind of cancer therapy that doesn't require the cancer to have unique molecular markers or to be located separately from healthy cells to be targeted. Instead we may be able to target cancer cells based on their unique physical properties," he says.

Above: A dead cancer cell (red) next to healthy non-cancerous cells (green).