Caltech researchers have helped to design a new generation of heart valves that are longer-lasting, cost less to manufacture, and are more biocompatible than options that are currently available to patients. As part of an FDA trial, one of the new valves was implanted into a human for the first time in late July.

The new Tria heart valve was created by Foldax® Inc., a Caltech startup cofounded by Mory Gharib, the Hans W. Liepmann Professor of Aeronautics and Bioinspired Engineering in the Division of Engineering and Applied Science. Gharib and his team worked closely with Foldax lead designer Jason Beith in designing the new valve. It was implanted in a patient with aortic valve disease at Beaumont Hospital in Royal Oak, Michigan, as part of an FDA Early Feasibility Study (EFS).

Aortic valve disease—a condition where the valve between the main pumping chamber of the heart and the body's main artery stops functioning properly—can either be congenital, age-related, or the result of other diseases. The heart valve that the Tria is intended to replace has three flaps, or leaflets, connected by flexible tissue. As the heart beats and pumps blood through the valve, the flexible tissue bends outward, opening the valve. In between the beats, the flexible tissue bends back in, closing the valve and preventing blood from flowing backward. When the leaflets become diseased they stiffen and impede blood flow. 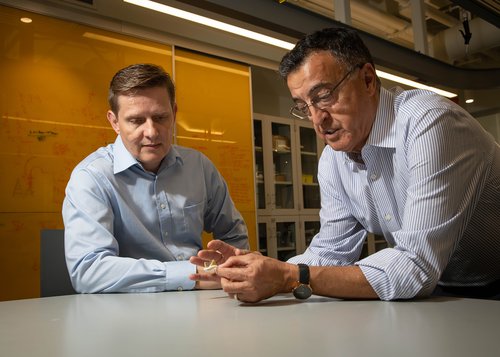 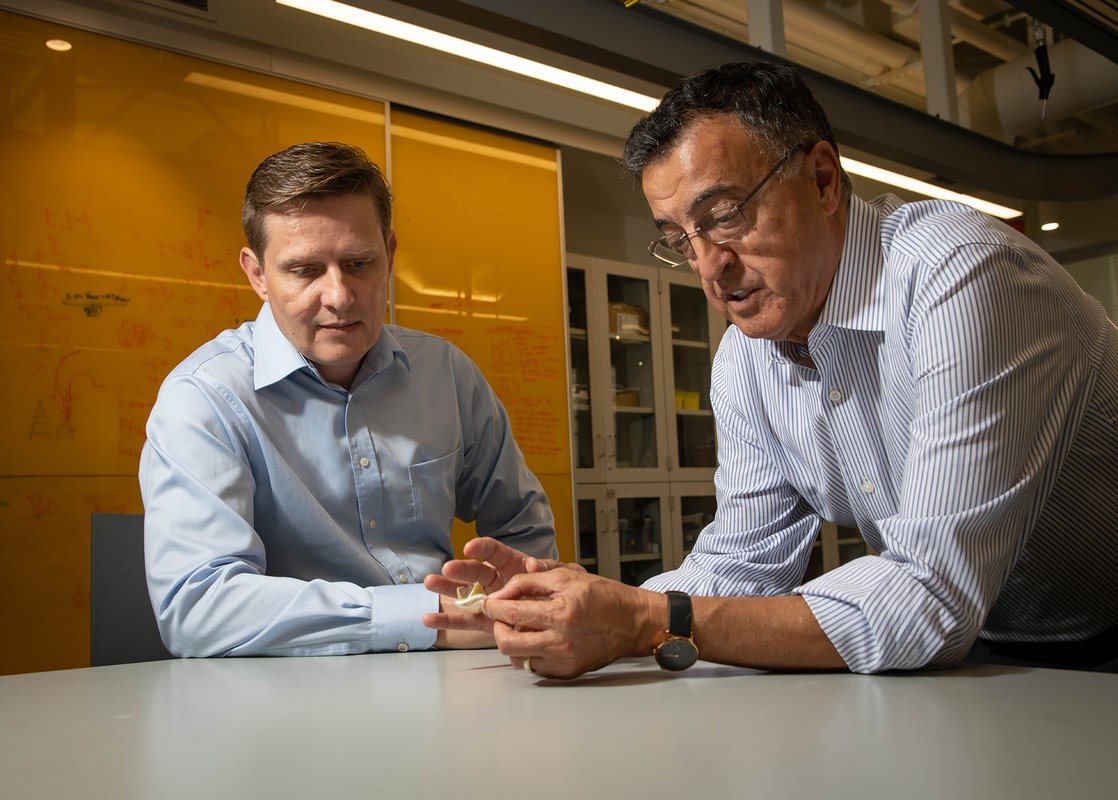 Individuals affected by the disease often require open heart surgery to replace the malfunctioning valve, for which they have had two options: a mechanical valve or a tissue valve. Mechanical valves, crafted from a synthetic material such as pyrolytic carbon, are the more durable option, but require patients to go on lifetime blood thinners to prevent blood clotting and can cause damage to red blood cells. Tissue valves, which are painstakingly hand-stitched from animal heart tissue, present less risk of causing clots and cellular damage but are less durable than mechanical valves due to calcification and general wear and tear. Both can be expensive options.

In contrast, the Tria valve uses a newly developed biopolymer material coupled with a bioinspired shape to create a valve capable of lasting decades without calcification, risk of clotting, or damage to red blood cells. In testing, one valve already has lasted for 600 million cycles—the equivalent of around 15 years—without signs of significant wear and tear, Gharib says. The unique polymer that was key to the valve function was developed in partnership with Australia's national science agency, the Commonwealth Scientific and Industrial Research Organisation (CSIRO). Robert Grubbs, the Victor and Elizabeth Atkins Professor of Chemistry who consulted on the polymer synthesis and characterization, is a member of Foldax's scientific advisory board.

"It's a powerful combination of the bioinspired design and advanced engineering that we have at Caltech," Gharib says. "This is among my proudest moments. Creating something with the potential to save and improve lives is one of the reasons I became an engineer."

The next iteration of the valve, which Gharib has already designed in prototype with Foldax, will allow it to be inserted via a minimally invasive catheter. It uses a polymer that is bonded to a metal frame in a process refined by Gharib and his team at Caltech.

This heart valve is just the latest example of entrepreneurial innovation by Gharib and Grubbs. In 2017, Gharib unveiled a smartphone app that measures left ventricle ejection fraction (LVEF), a major indicator of heart health, through Caltech startup Avicena. Grubbs, winner of the 2005 Nobel Prize in Chemistry, founded the startup Materia in 1998 to market catalysts. Materia has since partnered with Cargill to produce biofuels.

"Our researchers, with all of their ingenuity, serve the greater good by inventing, but also commercializing, technologies that make a significant difference in people's lives," says Fred Farina, chief innovation and corporate partnerships officer at the Caltech Office of Technology Transfer and Corporate Partnerships. "Real-world impact is an important measure of a university's success, and Caltech is scoring high on this aspect. I am certain it will continue to do so for many years to come."