PASADENA, Calif.--Robert Grubbs, an organic chemist whose work on catalysis has led to a wide variety of applications in medicine and industry, has won the 2005 Nobel Prize in chemistry. The announcement was made this morning by the Royal Swedish Academy of Sciences in Stockholm.

Grubbs and this year's other two winners were cited specifically "for the development of the metathesis method in organic synthesis." Metathesis is an organic reaction in which chemists selectively strip out certain atoms in a compound and replace them with atoms that were previously part of another compound. The end result is a custom-built molecule that has specialized properties that can lead to better drugs for the treatment of disease, or better electrical conducting properties for specialized plastics, for example.

In particular, Grubbs has worked on olefin metathesis. Prior to Grubbs's work, metathesis was poorly understood and of limited value to scientists. Grubbs developed powerful new catalysts for metathesis that enabled custom synthesis of valuable molecules, such as pharmaceuticals and new polymers with novel materials properties.

According to the Nobel citation, metathesis has already led to industrial and pharmaceutical methods that are more efficient and less wasteful, simpler, and more environmentally friendly. "This represents a great step forward for 'green chemistry,' reducing potentially hazardous waste through smarter production," the Royal Swedish Academy announced.

"Metathesis is an example of how important basic science has been applied for the benefit of man, society, and the environment," the citation continued.

Grubbs is currently spending a month at the University of Canterbury in Christchurch, New Zealand, as an Erskine Fellow. In an e-mail message, he singled out his students and collaborators and said that he was especially pleased that the Nobel committee had chosen to recognize the research that had taken place at Caltech.

"I'm excited for all the outstanding students and postdoctoral fellows who have contributed to this work over the years," Grubbs wrote.

"Sometime when I'm more rested and I'm available in person, I'll be happy to sit down and discuss the work this award represents," he wrote.

Grubbs' award was an especially welcomed going-away present for Caltech president David Baltimore, who just Monday announced his pending retirement. Baltimore, himself a Nobel laureate, said he was pleased that the Nobel committee had recognized a Caltech researcher whose work had so direct an impact on biomedicine.

"Bob's work shows that basic chemical research continues to have importance to pharmaceuticals and industry, and it also shows that the sometimes highly esoteric work young people do in the lab is a huge contribution to society," said Baltimore. "I congratulate Bob on joining Caltech's growing list of Nobel laureates, and I envy his young students for the elation they're feeling today."

Grubbs is a native of Kentucky who earned his bachelor's and master's degrees at the University of Florida. After completing his doctorate in chemistry at Columbia University, he spent a year at Stanford University as a postdoctoral fellow, and then joined the Michigan State University faculty in 1969. He came to Caltech in 1978 with full tenure as a professor, and has been the Victor and Elizabeth Atkins Professor of Chemistry since 1990.

Grubbs has been a member of the National Academy of Sciences since 1989, and was the 2000 recipient of the Benjamin Franklin Medal.

Today's award brings to 32 the total number of prizes won by 31 Caltech faculty and alumni through the years (Linus Pauling won awards in both chemistry and peace). 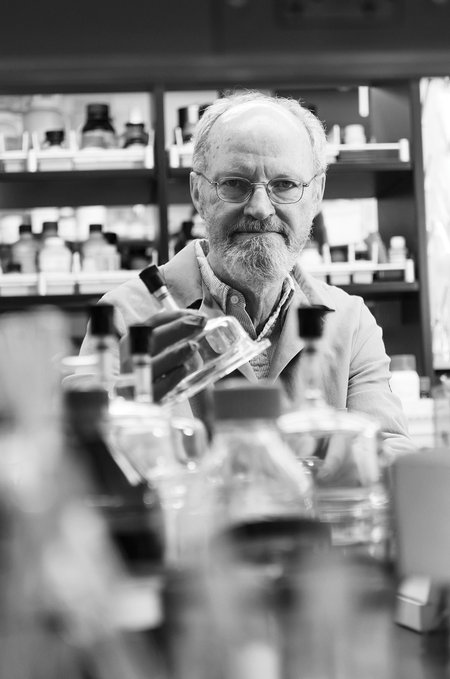 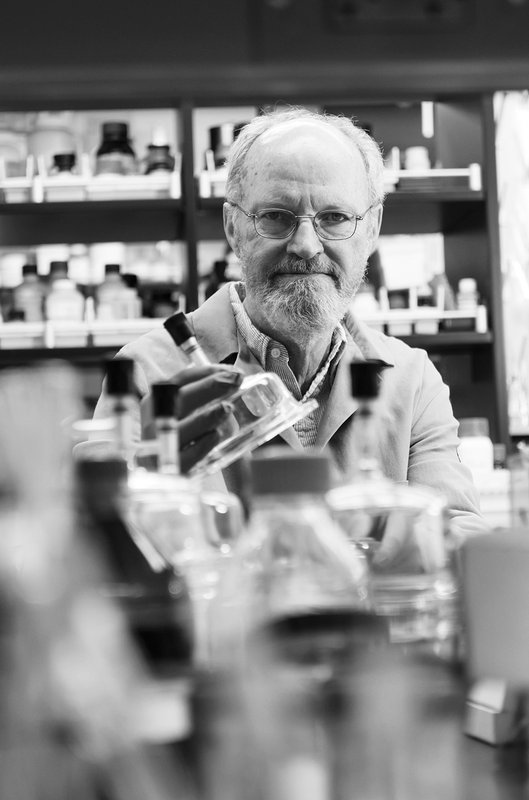