In a boost for sustainability science, engineers show how turbines can act in concert to mitigate choppy wakes and thereby generate more energy.

A new control algorithm for wind farms that alters how individual turbines are oriented into the wind promises to boost farms' overall efficiency and energy output by optimizing how they deal with their turbulent wake.

The algorithm, which was tested at a commercial wind farm in India but could be employed anywhere, offers the potential for an immediate, no-cost improvement in existing wind farms. It also may enable wind farms to be constructed in tighter quarters, thus squeezing more power out of less real estate—mitigating a huge con of wind energy.

Collectively, wind farms generate about 380 billion kilowatt-hours each year in the United States. If every U.S. wind farm were to adopt the new strategy and see efficiency increases similar to those found in the new study, it would be equivalent to adding hundreds of new turbines capable of powering hundreds of thousands of homes to the nation's power grid, says Caltech's John O. Dabiri (MS '03, PhD '05), the Centennial Professor of Aeronautics and Mechanical Engineering, and senior author of a paper on the project that was published by the journal Nature Energy on August 11.

"Individual turbines generate choppy air, or a wake, which hurts the performance of every turbine downwind of them," Dabiri says. "To cope with that, wind farm turbines are traditionally spaced as far apart as possible, which unfortunately takes up a lot of real estate." 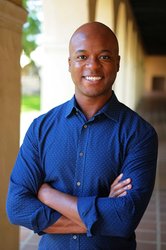 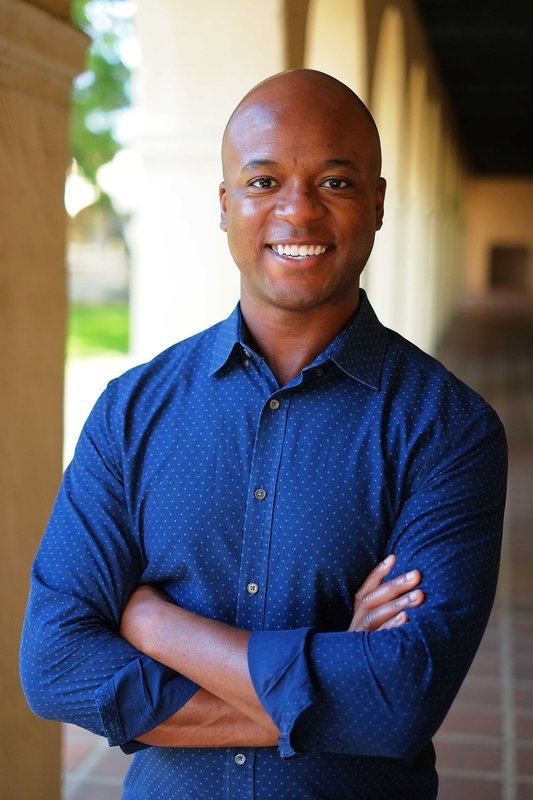 After years of studying the problem, Dabiri and his former graduate student Michael F. Howland, lead author of the Nature Energy paper and now the Esther and Harold E. Edgerton Assistant Professor of Civil and Environmental Engineering at MIT, developed an algorithm that forces individual wind turbines to stop acting only in their own interest—that is, maximizing their own access to wind by facing directly into it—and instead act for the greater good of the wind farm's production. 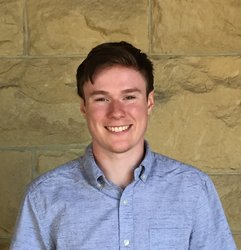 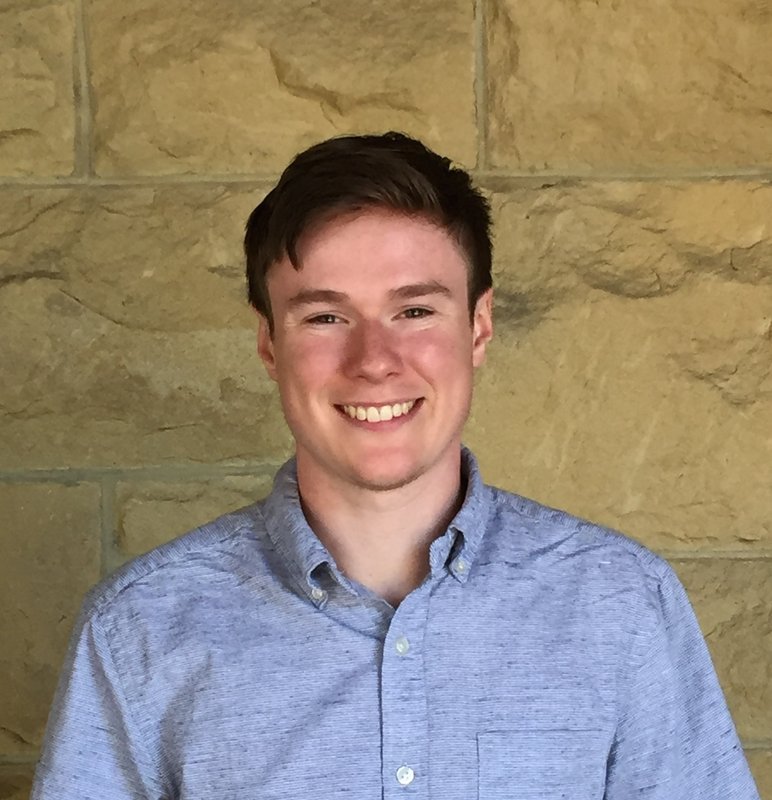 A yearlong, real-world test and tune of the algorithm conducted in India from 2020 to 2021 was made possible by Varun Sivaram who, at the time, was the chief technology officer (CTO) of ReNew Power, India's largest renewable energy company, and who is now senior advisor to U.S. Special Presidential Envoy for Climate John Kerry, as his managing director for clean energy and innovation. Sivaram is also a coauthor on the Nature Energy paper. 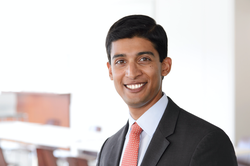 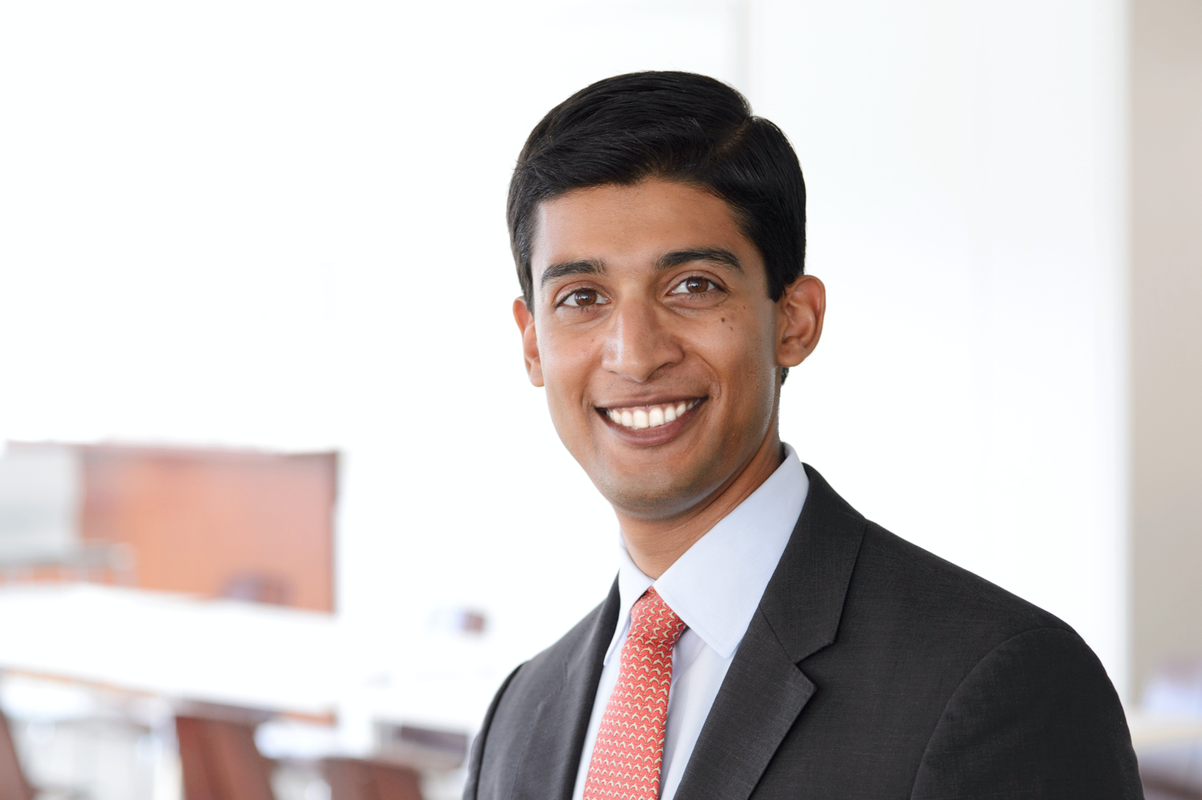 Sivaram had been impressed by a presentation Dabiri made in 2017 to the board of directors of a Canadian power utility about using algorithms to improve the efficiency of wind farms. When he became CTO of ReNew Power in 2018, Sivaram reached out to see whether Dabiri would be interested in collaborating.

"I called up John and asked if we could do this. And he said, 'I've got an extraordinary grad student right now, and I think this might be the perfect project for all of us to tackle.'"

Howland's interest in collective wind-farm control began when he was an undergraduate student at Johns Hopkins University studying the physics of airflow through wind farms. "I was interested in developing predictive models for wind farms, which can be used to improve efficiency," Howland says. "But it's incredibly expensive in terms of compute power to simulate the full physics of the atmospheric and wind farm flow."

It was during his undergraduate research that Howland first explored how misaligning the angle of the turbine with respect to the wind makes a tremendous impact on the wake.

To explain the significance of that adjustment, it helps to understand that there are not a lot of ways to easily tweak the performance of a wind turbine without installing additional hardware. They are not designed to have their tilt, or their up-and-down angle, altered. But they can be swiveled side to side, adjusting their yaw.

"Some previous studies focused on modifying the drag created by the power generation of the turbine," Howland says. "Letting the blades spin more freely creates less intense wakes, but the turbine with modified operation also generates less power." Yaw misalignment, on the other hand, does not just reduce wake strength—it redirects its impact downstream.

After his undergraduate studies, Howland pursued his graduate degrees with Dabiri, who was then at Stanford University. Dabiri had previously done work at Caltech studying how wind turbine placement influenced power output. In 2019, Howland and Dabiri developed a computer model to attempt to improve the performance of a specific array of six turbines, and then conducted a two-week test at the array to gauge the performance of the turbines. They demonstrated that a farm-wide orientation strategy that includes yaw misalignment can improve overall performance. The problem was, had they really optimized the performance at that farm? Or simply improved it somewhat compared to the industry-standard control methods?

Without being able to test all of the possible suboptimal strategies and directly choose the best one, it was impossible to say. So, the team focused specifically on developing improved models for how adjusting an upwind turbine's angle affects both the downwind turbines and also the performance of the misaligned turbine itself. Importantly, the performance of the misaligned turbine depends on the incident atmospheric wind conditions that flow into the farm. Modeling the joint effect of the angle adjustment and the incident wind conditions was critical to developing an accurate model that can predict the best possible farm orientation strategy.

"Because strong wake effects reduce the power production of downwind turbines, the upwind turbine is doing the heavy lifting for the total farm production," Howland explains. "Accurately modeling the power of the yaw-misaligned turbine, depending on the atmospheric wind flow, was often overlooked in models used for wind farm flow-control optimization. This was a focus for both our model development and our validation experiments."

Based on that research, Howland, Dabiri, and their colleagues developed an algorithm that forces individual turbines—starting with the leading turbine—to misalign their yaw by up to 25 degrees in order to maximize overall farm efficiency and therefore power output.

Depending on the speed of the wind, the new algorithm was capable of tweaking the orientation of the turbines to boost the overall output of the wind farm in India by between 1 and 3 percent.

"No one needs to build or buy anything new to start immediately getting more power out of their wind farm," Dabiri says.

However, the real benefit, Howland and Dabiri say, is the potential for the algorithm to allow wind turbines to be clustered closer together by actively addressing the wake issue, either by adding new turbines in between existing ones or by allowing future construction plans to pack more turbines into a given plot of land.

One of the most important elements of the new algorithm is that it has the potential to be useful anywhere, from an offshore wind farm in the North Sea to the wind farms that dot the desert outside Palm Springs, California, by predicting the best strategy for orienting the yaw misalignment of individual turbines. "There was no way to reliably do that prediction until this paper; there was only trial and error," Dabiri says. "The problem is, you can't spend a long time doing a ton of experiments on a wind farm that has an obligation to be generating energy for its customers."

Instead, Howland and Dabiri's algorithm boils each wind farm site down to a few important parameters that mathematically describe how wakes will be created by its turbines. The algorithm then predicts the best ways to mitigate that wake. For example, one critical factor is whether the wind farm is over land or is offshore, because land offers more frictional resistance to wind than water does, and thus breaks up a wake over a shorter distance. The algorithm is grounded in the physics of the atmospheric and wind farm flow, but it leverages operational wind farm data to learn and improve the model, significantly reducing the predictive errors and uncertainties.

A key element of the project is that it is not just based on theory; rather, it was tested in the real world at a power-generating wind farm. At Sivaram's direction, ReNew Power invested in LiDAR units (laser scanning devices) that measured the height-dependent wind speed and direction in the flow incident to the wind farm, offering fine-grained data that allowed Howland and Dabiri to improve their algorithm as needed. In addition, engineering teams were established in India and Spain to collaborate with Howland and Dabiri back in the States.

"At the end, everyone was blown away by the magnitude of what was accomplished: an improvement in performance that costs nothing in terms of infrastructure investment to achieve," Sivaram says. ReNew Power is now working to extend the findings to improve the rest of its fleet of wind farms.

Meanwhile, the team plans to expand its field demonstrations to tackle offshore wind farms, which present new challenges and opportunities.

"The wakes tend to persist for much longer distances over the ocean, so these new methods become even more important," Dabiri says. "At the same time, the wind resource offshore is phenomenal and still largely untapped. And, we can design those wind farms from scratch using these ideas, so we're not limited by existing wind turbine layouts, as is the case for existing wind farms on land."

The real-world testing of the algorithm was made possible in part by the efforts of Caltech's Office of Technology Transfer and Corporate Partnerships (OTTCP), which helped the engineers in Pasadena negotiate a relationship with ReNew Power in India and also Siemens Gamesa Renewable Energy Innovation & Technology in Spain (the company that designed the turbines ReNew Power operates).

"Working with OTTCP was fantastic," Sivaram says. "What we created is a groundbreaking, three-continent agreement that I now use as a model."

"This is my centerpiece example for how we want to do international R&D collaboration," Sivaram says. "If we have a hundred more partnerships like these, then we'll change the world."

The project was also a true product of the COVID-19 pandemic, as the engineers from the U.S. and Spain only met in-person one time—at a dinner in Pasadena held in February 2020 to kick off their new venture.

"We thought then that we'd all be meeting up regularly to share notes and discuss ideas," Dabiri says. "Thankfully, we were all able to pivot toward work via video conference, with multiple online meetings each week throughout 2020, 2021, and 2022."