Caltech scientists have discovered a new species of worm thriving in the extreme environment of Mono Lake. This new species, temporarily dubbed Auanema sp., has three different sexes, can survive 500 times the lethal human dose of arsenic, and carries its young inside its body like a kangaroo.

Mono Lake, located in the Eastern Sierras of California, is three times as salty as the ocean and has an alkaline pH of 10. Before this study, only two other species (other than bacteria and algae) were known to live in the lake—brine shrimp and diving flies. In this new work, the team discovered eight more species, all belonging to a class of microscopic worms called nematodes, thriving in and around Mono Lake.

The work was done primarily in the laboratory of Paul Sternberg, Bren Professor of Biology. A paper describing the research appears online on September 26 in the journal Current Biology.

The Sternberg laboratory has had a long interest in nematodes, particularly Caenorhabditis elegans, which uses only 300 neurons to exhibit complex behaviors, such as sleeping, learning, smelling, and moving. That simplicity makes it a useful model organism with which to study fundamental neuroscience questions. Importantly, C. elegans can easily thrive in the laboratory under normal room temperatures and pressures.

As nematodes are considered the most abundant type of animal on the planet, former Sternberg lab postdoctoral scholar Amir Sapir and collaborator Ryoji Shinya thought there may be nematode species living in the harsh environment of Mono Lake. Led by graduate students Pei-Yin Shih (PhD '19) and James Siho Lee (PhD '19), the team traveled to the lake to take samples. The eight species they found are diverse, ranging from benign microbe-grazers to parasites and predators. Importantly, all are resilient to the arsenic-laden conditions in the lake and are thus considered extremophiles—organisms that thrive in conditions unsuitable for most life forms. 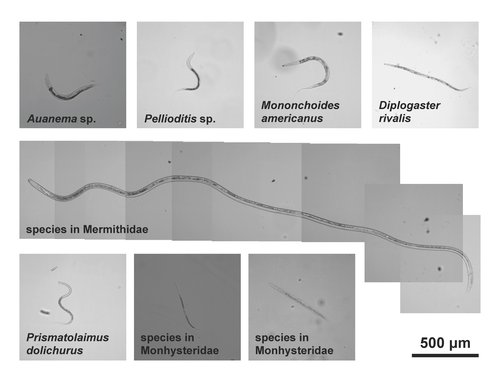 Eight different species of nematode found in and around Mono Lake, bringing the lake's total animal species (not bacteria or algae) count up to 10. Credit: Caltech
Image Lightbox 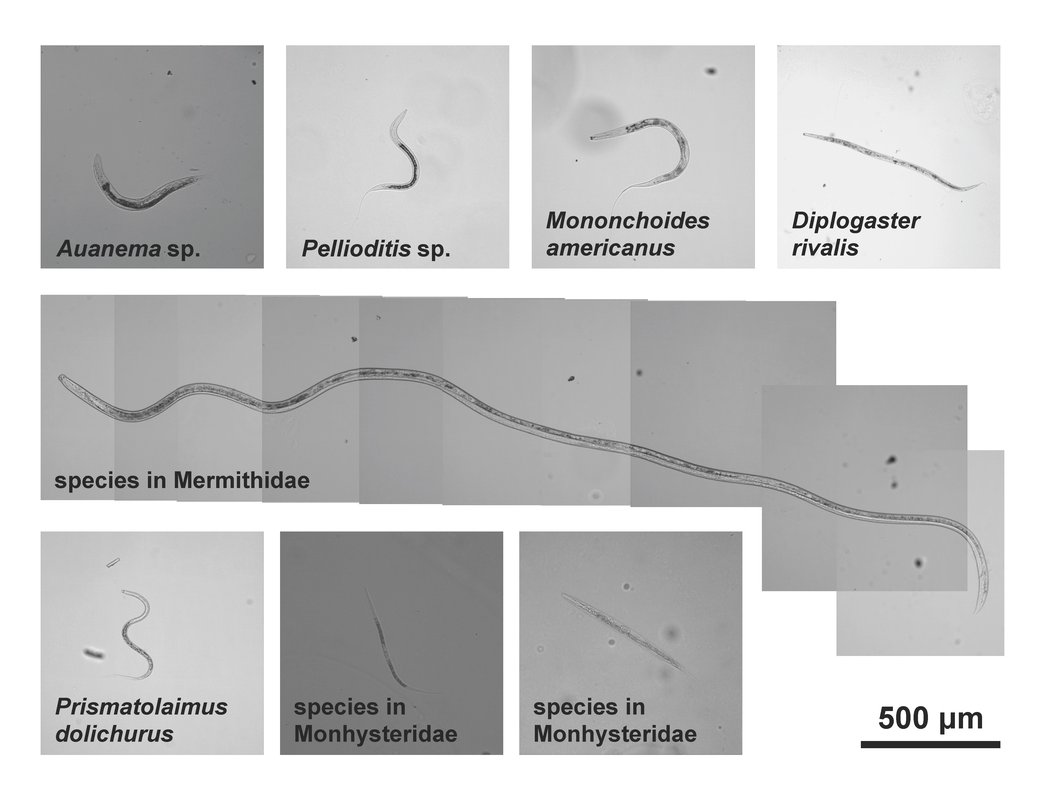 Eight different species of nematode found in and around Mono Lake, bringing the lake's total animal species (not bacteria or algae) count up to 10.
Credit: Caltech
Download Full Image

"One potential explanation for this three-sex life cycle is that the females and males could help maintain genetic diversity through sexual recombination, while the hermaphrodites could disperse into new environments and establish new populations there—since they can grow a population by themselves," says Lee.

When comparing the new Auanema species to sister species in the same genus, the researchers found that the similar species also demonstrated high arsenic resistance, even though they do not live in environments with high arsenic levels. In another surprising discovery, Auanema sp. itself was found to be able to thrive in the laboratory under normal, non-extreme conditions. Only a few known extremophiles in the world can be studied in a laboratory setting.

This suggests that nematodes may have a genetic predisposition for resiliency and flexibility in adapting to harsh and benign environments alike.

"Extremophiles can teach us so much about innovative strategies for dealing with stress," says Shih. "Our study shows we still have much to learn about how these 1000-celled animals have mastered survival in extreme environments."

The researchers plan to determine if there are particular biochemical and genetic factors that enable nematodes' success and to sequence the genome of Auanema sp. to look for genes that may enable arsenic resistance. Arsenic-contaminated drinking water is a major global health concern; understanding how eukaryotes like nematodes deal with arsenic will help answer questions about how the toxin moves through and affects cells and bodies.

But beyond human health, studying extreme species like the nematodes of Mono Lake contributes to a bigger, global picture of the planet, says Lee.

"It's tremendously important that we appreciate and develop a curiosity for biodiversity," he adds, noting that the team had to receive special permits for their field work at the lake. "The next innovation for biotechnology could be out there in the wild. A new biodegradable sunscreen, for example, was discovered from extremophilic bacteria and algae. We have to protect and responsibly utilize wildlife."

The paper is titled, "Newly Identified Nematodes from Mono Lake Exhibit Extreme Arsenic Resistance." Shih and Lee are co-first authors on the study; Shih is now a postdoctoral fellow at Columbia University and Lee is now a postdoctoral fellow at The Rockefeller University. In addition to Shih, Lee, and Sternberg, other co-authors are Ryoji Shinya of Meiji University in Japan, Natsumi Kanzaki of the Kansai Research Center in Japan, Andre Pires da Silva of the University of Warwick in the UK, former Caltech Summer Undergraduate Research Fellow student Jean Marie Badroos now of UC Berkeley, and Elizabeth Goetz and Amir Sapir of the University of Haifa in Israel. Funding was provided by the Amgen Scholars Program, the Leverhulme Trust, and the Howard Hughes Medical Institute. 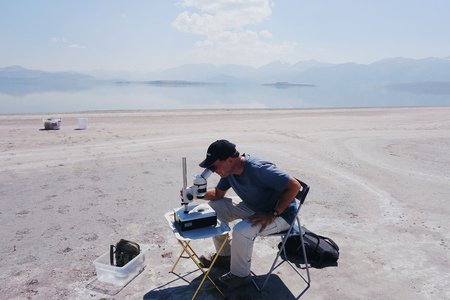 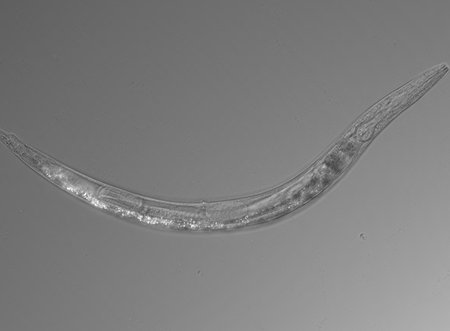 Auanema sp., a newly discovered nematode species in Mono Lake, is considered an extremophile for its ability to thrive under harsh conditions. Credit: Caltech
Image Lightbox
Subscribe
The Caltech Weekly