A Caltech postdoctoral scholar in medical engineering has been selected as a 2021 TED fellow.

Lei Li (PhD '19), who works in the lab of Lihong Wang, Bren Professor of Medical Engineering and Electrical Engineering, was selected for the fellowship based on his research of novel photoacoustic imaging technology, one of the specialties of Wang's lab. Lei is one of 20 fellows selected this year out of a pool of thousands of applicants. Other 2021 fellows include an entrepreneur developing hybrid electric aircraft, a filmmaker who looks at queer culture in Kenya, and an economist developing barter-based financial systems for Pakistani herding communities.

TED fellows will be provided with mentorship and resources for building their public profile and will be trained on public speaking, culminating in a talk on their work they will present at the TED Conference, which has been held annually as a forum for sharing ideas since the 1990s.

Lei's work specifically looks at photoacoustic computed tomography (PACT), which works by shining pulses of laser light into tissue. As the light diffuses through the tissue, it is absorbed by hemoglobin molecules in the tissue's blood cells. The light causes the hemoglobin molecules to vibrate ultrasonically. Those vibrations travel through the tissue and back to the surface, where they are picked up by sensors. The data from the sensors is processed into an image of the tissue's internal structures in a way that is similar to how ultrasound imaging works, but much more precise. PACT can provide a clear view of structures as small as a quarter of a millimeter at a depth of 4 centimeters.

Lei says he was motivated to apply for the TED fellowship by his belief in the PACT technology.

"I've been working on this technology for a long eight to nine years, and I know the potential it has," he says. "I want to broadcast this knowledge out to a broader audience than just our field, for example, to people working in biology or chemistry. I want young people to know about this field if it's something they want to study in grad school. They can help us grow it, and they can grow with us."

The specifics of this year's TED Conference are still up in the air because of the pandemic, but Lei says he's looking forward to what lies ahead for him as a TED fellow, and he's excited for the opportunity to be part of it.

"It's a very great honor because I know who else is with me in this class and they are fantastic people," he says. "There is a company that is developing electrical aircraft. There are people advocating for people in third world nations."

To see the entire class of 2021 TED fellows, visit https://blog.ted.com/meet-the-2021-class-of-ted-fellows/ 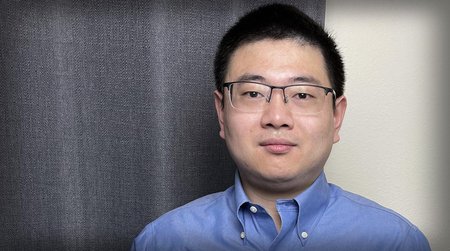