Caltech staff scientist Carrie Nugent, who discovers and characterizes asteroids utilizing data from the NASA NEOWISE (Near-Earth Object Wide-field Infrared Survey Explorer) program, presented her research as one of the selected speakers at the 2016 TED Conference this week in Vancouver, British Columbia. The semiannual conference showcases ideas representing a broad range of disciplines, from science to literature to philosophy.

"It's very exciting," says Nugent, who works in the Infrared Processing and Analysis Center. "NEOWISE is funded by taxpayer money, and it's so important that people understand what their money is doing. With a TED talk, I get to reach a huge and unique audience."

NEOWISE is an infrared telescope that takes photos of space every 11 seconds. Originally designed to look beyond the solar system, it is now in an extended-mission phase in which it is searching for and characterizing asteroids within our solar system. Because asteroids are remnants from the formation of the early solar system, the data gathered by NEOWISE may provide insights into the conditions and chemistry of the protoplanetary environment.

One major goal of NEOWISE is to determine the size of asteroids, notes Nugent. "It seems like such a basic thing to determine, but really, only one in five asteroids has a measured size," she says. "If we are just looking at the light reflected from an asteroid, then it could either be very small and very shiny, or very large and very dim—the light reflected would be the same. But by using NEOWISE, we can detect the amount of heat emitted by an object, which gives you a sense of its size."

Nugent, who has been working with asteroids since graduate school, says there is still much to learn about these small celestial bodies.

"Every planet has been visited by a probe at least once, but we haven't even discovered most asteroids," she says. "It is literally uncharted territory. By characterizing their orbits and measuring their sizes, we are building an archive that will last."

Discovering asteroids comes with perks—like getting to name them. Some of Nugent's discoveries include 284996 Rosaparks, named for civil rights activist Rosa Parks, and 241528 Tubman, named for abolitionist Harriet Tubman.

The TED conference was not Nugent's first experience with public outreach—in her spare time, she runs a podcast called Spacepod, in which she interviews scientists and engineers, including many at Caltech and JPL, about their research.

The 2016 TED conference was focused on "the greatest dreams we are capable of dreaming," and was held February 15–19. 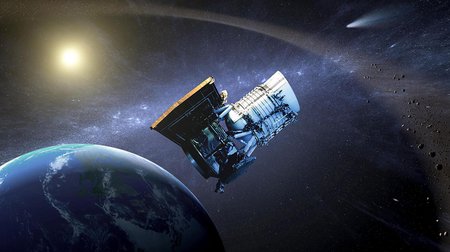 Artist's concept of NASA's NEOWISE spacecraft. NEOWISE is an infrared telescope that orbits Earth, and Carrie Nugent works on the team that has used it to observe 128,000 asteroids and comets. Credit: NASA/JPL-Caltech
Image Lightbox 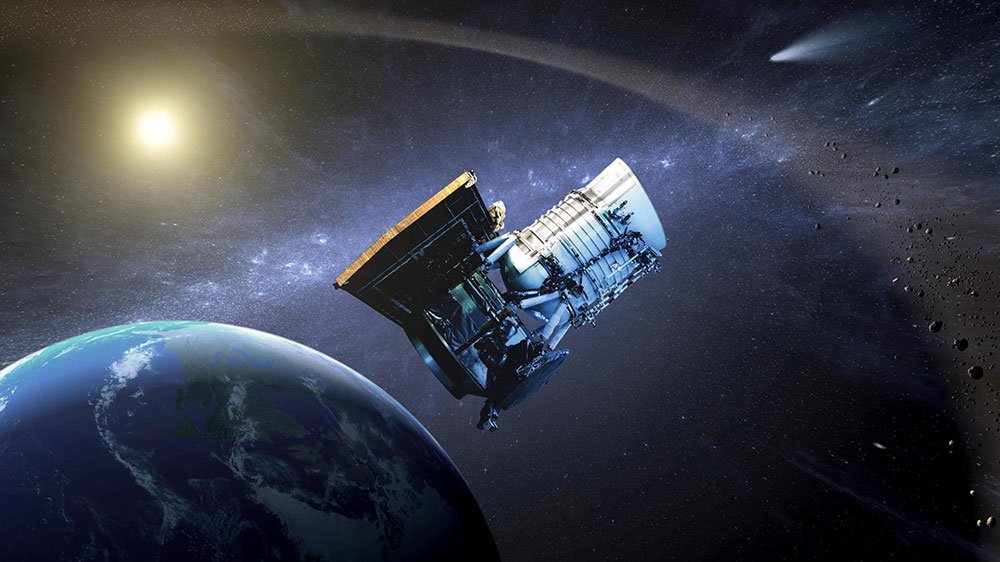 Artist's concept of NASA's NEOWISE spacecraft. NEOWISE is an infrared telescope that orbits Earth, and Carrie Nugent works on the team that has used it to observe 128,000 asteroids and comets.
Credit: NASA/JPL-Caltech
Download Full Image
Subscribe
The Caltech Weekly