With just minutes left on the clock, the two finalists at the third-ever quantum chess tournament had both "split" their kings, meaning the kings were in a state of superposition, or in two places at once. Audience members watched the game unfold on a big screen while the two finalists sat across from each other on a stage, intently focused on their computer screens. At one point, one of the game's commentators said, "Even though you may win in one universe, you may lose in another," in reference to the fact that quantum chess goes beyond traditional chess to invoke the bizarre realizations of quantum physics. In the end, Daochen Wang of the Joint Center for Quantum Information and Computer Science would capture his opponent's king and be named the champion.

This scene was a highlight from the 25th annual Conference on Quantum Information Processing, or QIP, the world's largest conference in the field of quantum information, a discipline that unites quantum physics and computer science. The growing field is at the root of many potential future applications, including quantum computers, quantum cryptography, and more.

"This is the first time the conference is being hosted in Southern California and is the first major collaboration on campus between the new AWS Center for Quantum Computing and Caltech," says Spiros Michalakis, the outreach manager for Caltech's Institute for Quantum Information and Matter, or IQIM, which helped organize the conference. The 25th QIP took place at the Pasadena Convention Center and the nearby Hilton hotel from March 7–11. In addition, tutorial lectures took place on the Caltech campus.

The conference included many technical talks on the theoretical nuts and bolts of what may eventually translate into bona fide quantum computers. Most scientists say quantum computers are still in their infancy; many challenges lie ahead, they say, before the devices can be put to use on practical problems such as data security and the development of new medicines and sustainability practices. In the meantime, scientists and engineers are convening at conferences like QIP to excitedly share information and make new connections. Conference participants traveled to Pasadena from as far as Italy, Germany, Australia, and even Singapore.

"The conference is largely about meeting new people," says Michalakis. "It's a global social gathering for our field."

Stacey Jeffery, who traveled to Pasadena from CWI (Centrum Wiskunde & Informatica) in Amsterdam, says this is the first conference she has been to in years due to the pandemic. She said it was good to connect with others, and when asked what she had learned from the conference, she said she was intrigued by a talk about the potential of quantum money. In quantum information theory, the "no cloning" theorem states that it is impossible to copy quantum information, something that is readily done in classical computers. Similarly, "you would not be able to copy quantum coins," says Jeffery, who served as a co-chair of the conference's program committee. Not being able to copy the coins would mean they are counterfeit-proof.

Hsin Yuan (Robert) Huang, a graduate student who works with John Preskill, director of IQIM and Richard P. Feynman Professor of Theoretical Physics, was selected to give one of three long plenary talks. The talks are chosen to represent "especially important advances," says Preskill. "It was quite an honor for a student to be chosen," he says. In his talk, Huang explained that machine-learning algorithms trained on data from quantum experiments can predict properties of complex quantum systems that would be very hard to predict without access to data.

A diversity panel also highlighted the experiences of women scientists in the community, including undergraduate Laura Lewis, who has worked with Thomas Vidick, professor of computing and mathematical sciences at Caltech, for the past two years on quantum cryptography. (Vidick organized the QIP conference's entire program this year.) Lewis and others shared tips about how to network at conferences—the panelists generally agreed you have to push yourself to go out and meet people—as well as how to make new research connections outside of conferences. "Often, students don't know how to get started with research, so cold emailing professors is OK, especially in a field as small as quantum computing," said Lewis.

A social highlight of the conference followed the quantum chess finals tournament on Wednesday night, March 9. The conference organizers hosted an evening of talent acts and comedy that included quantum-inspired songs and art, and piano and violin performances. One group of scientists danced wildly on stage to a performance of "Quantum Computer Ain't No Loser," a punk song based on "Sonic Reducer" by Rocket from the Tombs/the Dead Boys, while hundreds of people in the audience cheered on.

Preskill also reprised "One Entangled Evening," a song he performed with singer Gia Mora for an IQIM celebration in 2016 in honor of the late Richard Feynman. The song's final lyrics appropriately expressed the jubilant mood of the night: "Once we have dreamt it, we can make it so!" 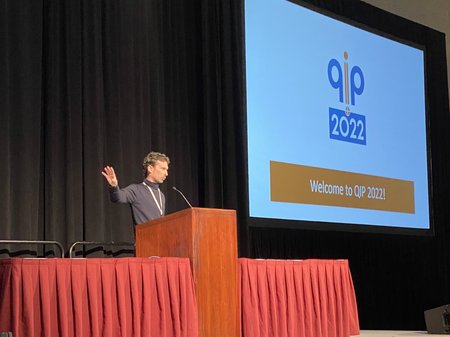 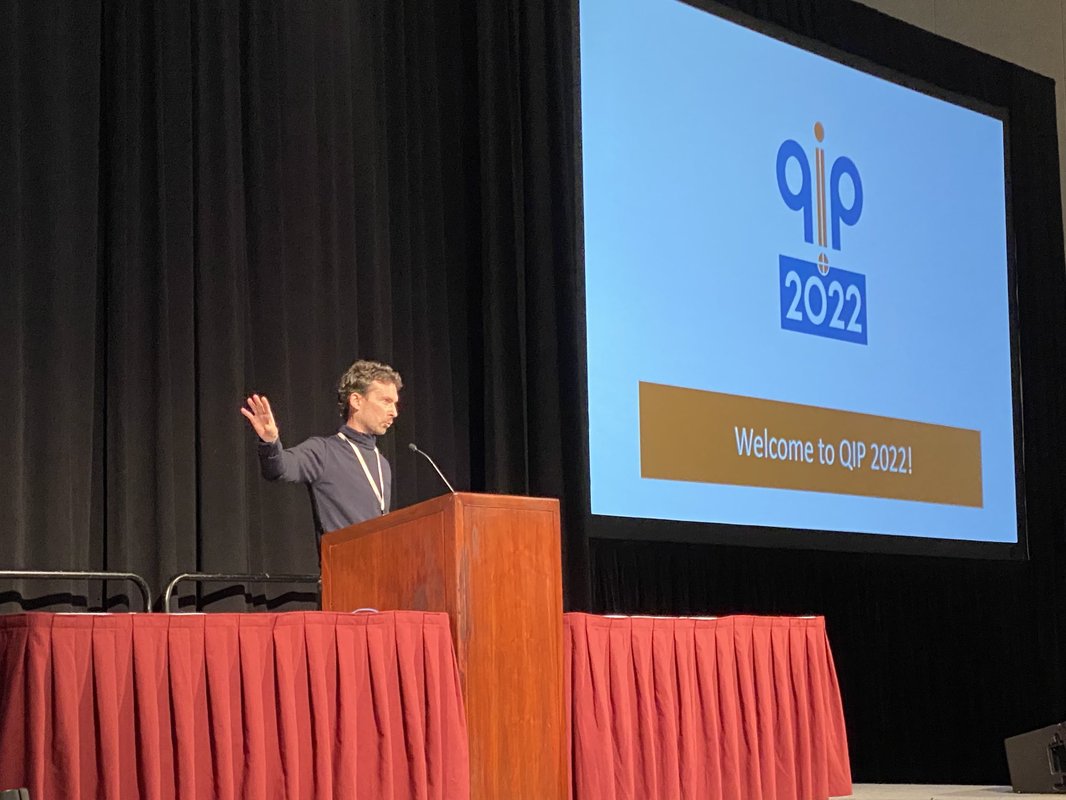 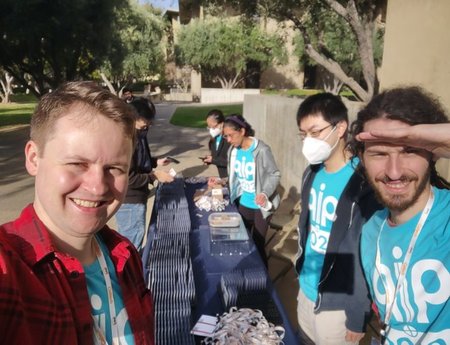 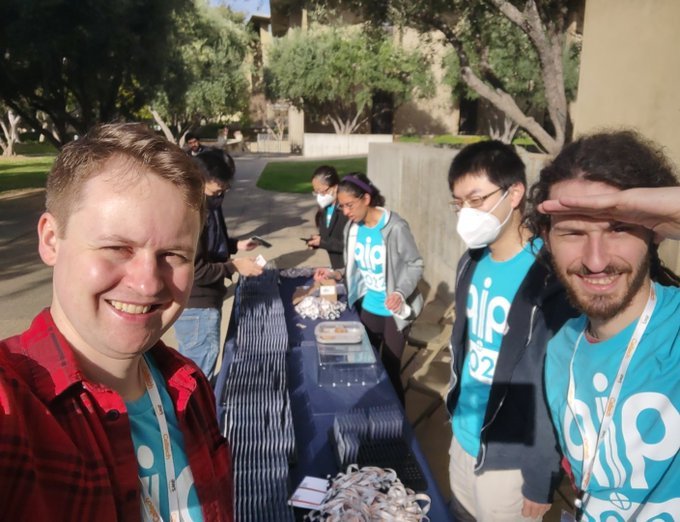