A Bioengineer's Guide to Design

A team of researchers at Caltech has developed a set of guidelines for designing biological circuits using tools from mechanical and electrical engineering. Like electric circuits—but made out of cells and living matter—biological circuits show promise in producing pharmaceuticals and biofuels.

For example, the antimalarial compound artemisinin is produced by an expensive tropical plant, so scientists at UC Berkeley have engineered the plant's metabolism into yeast cells in order to synthesize artemisinin without using plants or soil. However, the ability to predict the behavior of these circuits—to design them on paper and then successfully implement the design—is still rudimentary.

The set of bioengineering design principles described in this new work could make building cellular systems more efficient and predictable.

"We like to put it this way: if you were designing an airplane, you wouldn't start by making 1,000 different planes and launching them all into the sky to see which ones flew," says lead author Noah Olsman (PhD '19), a former Caltech graduate student who is now a postdoctoral scholar at Harvard. "Instead, you would begin by studying the math and physics that are important to flight. In the same way, the process of designing biological circuits can really benefit from some quantitative guiding principles."

Biological systems are constantly measuring their environments and adapting to maintain homeostasis—a balanced, steady state. Our eyes adjust in response to light and dark, and our bodies maintain roughly the same internal temperature whether we are in searing heat or a freezing snowstorm. Even single cells, the fundamental units of life, are confronted with vastly variable conditions and make precise measurements and adjustments to survive. The process of measuring the outside world and making changes internally in response is called feedback.

Feedback is commonly studied in engineering. One example of a designed feedback system is a car's cruise-control mode—the car measures its speed and changes acceleration or deceleration accordingly, makes another measurement of speed, makes any needed changes, and so on. Additionally, the thermostat in a house is designed to use feedback, measuring the external temperature and then heating or cooling as needed.

Ideally, a system would reach a desired state quickly and be robust against large or small perturbations. But when designing systems, engineers often cannot have it all. For example, the features that make a motorcycle more efficient and maneuverable than a car also make it much easier to crash. A branch of engineering called control theory describes these performance trade-offs mathematically.

Now, in two new research papers, Olsman and his colleagues use control theory to lay out design principles for constructing biological systems.

Olsman and his collaborators studied a simple bacterial model of feedback, developed by another Caltech team, using Escherichia coli. In colonies of these bacteria, each bacterium emits small molecules in order to send signals to one another. The bacteria were engineered to simultaneously produce a toxin when emitting these signaling molecules. The larger the bacterial population, the higher the toxin concentration. At a high enough concentration of toxin, some bacteria begin to die and thus reduce the toxin concentration. This system of feedback regulates bacterial population growth.

The researchers characterized this system to develop mathematical descriptions of biological feedback.

"Cells are sophisticated machines, but so are airplanes and satellites. The right mathematical thinking can reveal simple principles that govern a complicated world," says Olsman.

A second paper describing the work appears in the journal iScience and is titled "Architectural Principles for Characterizing the Performance of Antithetic Integral Feedback Networks." In addition to Olsman, Fangzhou Xiao, and John Doyle are co-authors. 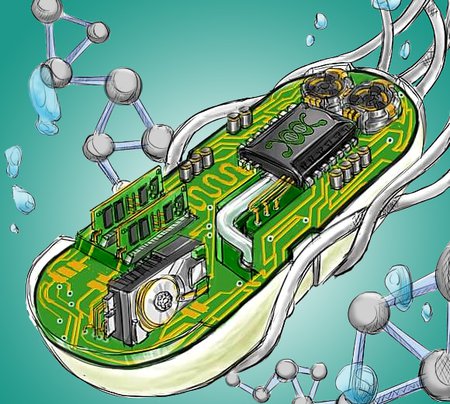 A conceptual illustration of a cell containing electrical components. Like electric circuits—but made out of cells and living matter—biological circuits show promise in producing pharmaceuticals and biofuels. Credit: Liang Zong and Yan Liang
Image Lightbox 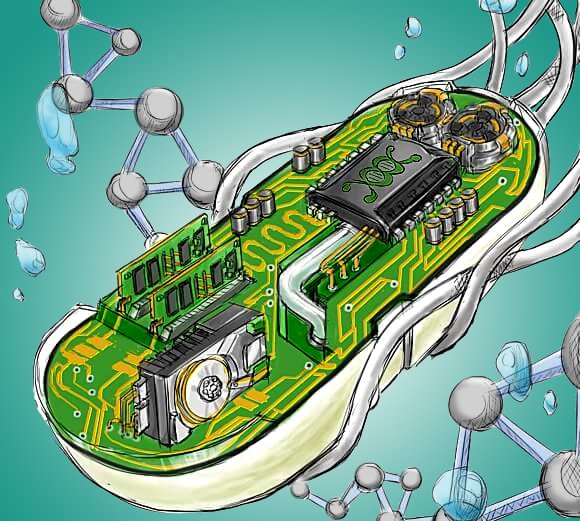 A conceptual illustration of a cell containing electrical components. Like electric circuits—but made out of cells and living matter—biological circuits show promise in producing pharmaceuticals and biofuels.
Credit: Liang Zong and Yan Liang
Download Full Image
Subscribe
The Caltech Weekly