A new class in bioengineering debuted this term at Caltech: "Exploring Biological Principles Through Bio-Inspired Design" (BE 107). The class was the brainchild of Michael Dickinson, the Esther M. and Abe M. Zarem Professor of Bioengineering, and Richard Murray, the Thomas E. and Doris Everhart Professor of Control and Dynamical Systems and Bioengineering, who are hoping to make this a regular part of the curriculum at Caltech to create more opportunities for interdisciplinary work in biology.

"Design courses in which students actually build something are not uncommon in some academic disciplines—such as electrical engineering, mechanical engineering, industrial design, and so forth—but are quite rare in biology," Dickinson says. BE 107 was designed to redress this lack. In the course, students were required to either build a new instrument that could derive information from a biological system or create a hardware platform, such as a robot, that successfully mimics a given biological behavior.

On June 4, teams of two to three students presented their bioinspired creations to each other and to the professors, postdocs, and TAs who worked with them over the course of the term.

One student group pursued the first design option and developed a new instrument to track animal behavior—specifically, the rhythmic motions of jellyfish. The group's camera array and image processing and data analysis system observed jellyfish motion and output data that could then be analyzed and interpreted to reveal the frequency and size of jellyfish contractions, even in a tank with several jellyfish of different sizes and species.

Two other groups opted to create robots that mimicked an animal behavior. One such robot was designed to navigate through space via the "cast and surge" technique used by Drosophila, the common fruit fly, to detect and track an odor plume to its source, such as a tasty (to a fruit fly) piece of rotting fruit. The robot did not fly, nor did it smell, but it was engineered to roll along on four wheels in pursuit of a computer-generated spatial pattern that mimicked an odor plume.

The third team's robot was also a four-wheeled vehicle, but one designed to navigate through a lane marked out on a patch of campus concrete using patterns of polarized light in the sky created by the passage of sunlight and moonlight through the atmosphere. In nature, dung beetles, among other animals, use this type of navigation. The students tested their robot in the late afternoon, when the sun produces a polarization pattern that can be more easily tracked, and were able to get it to swing about in the sunshine in a not-quite-random dance.

Creating a bioinspired design is far from trivial. "Biological systems are much more complicated than engineered systems," Murray says, using a wide variety of sensory inputs to yield behavioral outputs. But this, says Dickinson, is one of the best aspects of the course: the opportunity "to make explicit comparisons between how nature constructs devices via evolution and how engineers design comparable machines." 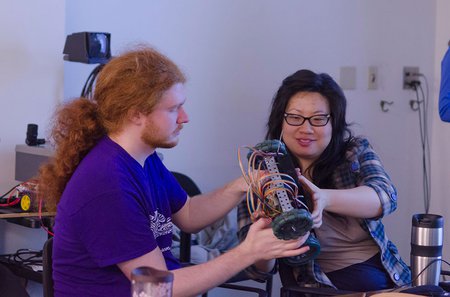 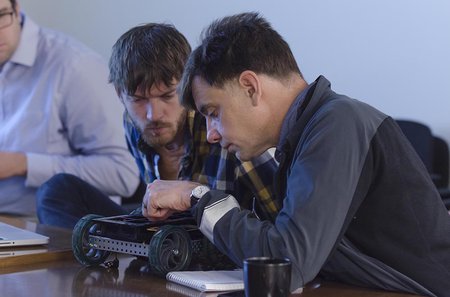 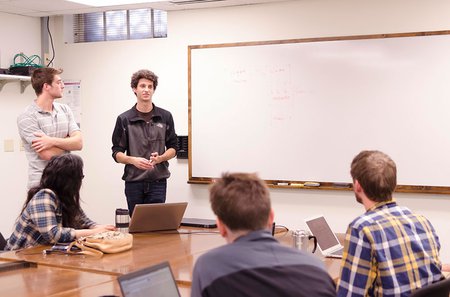 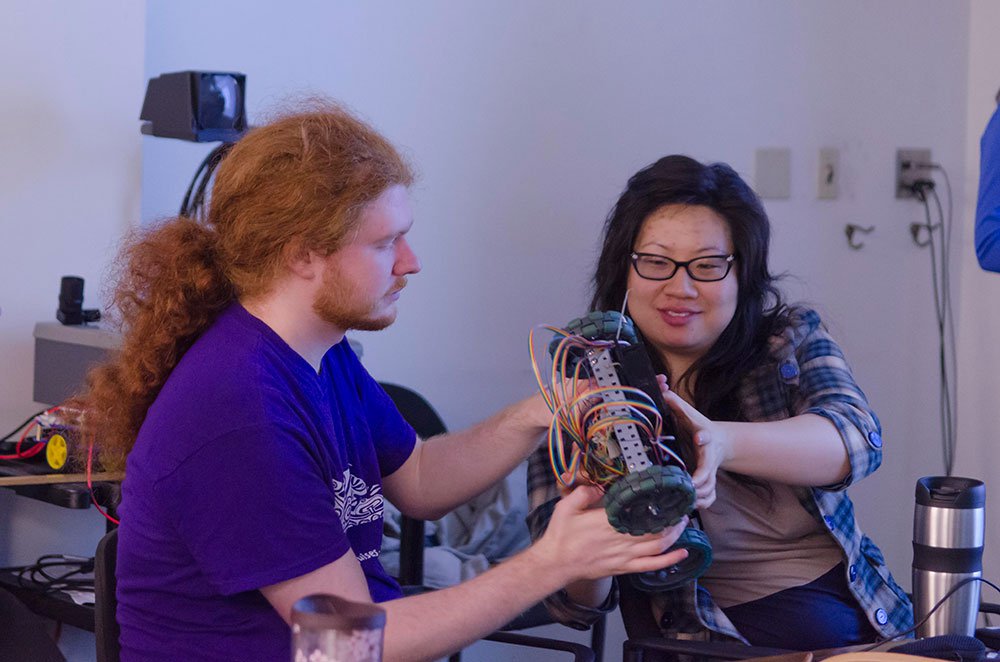 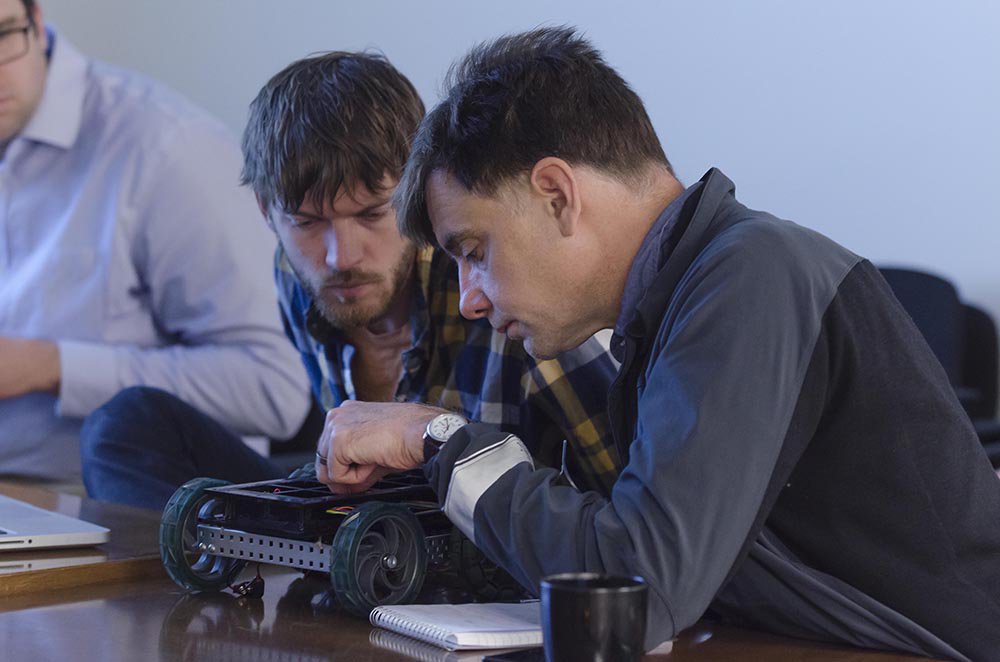 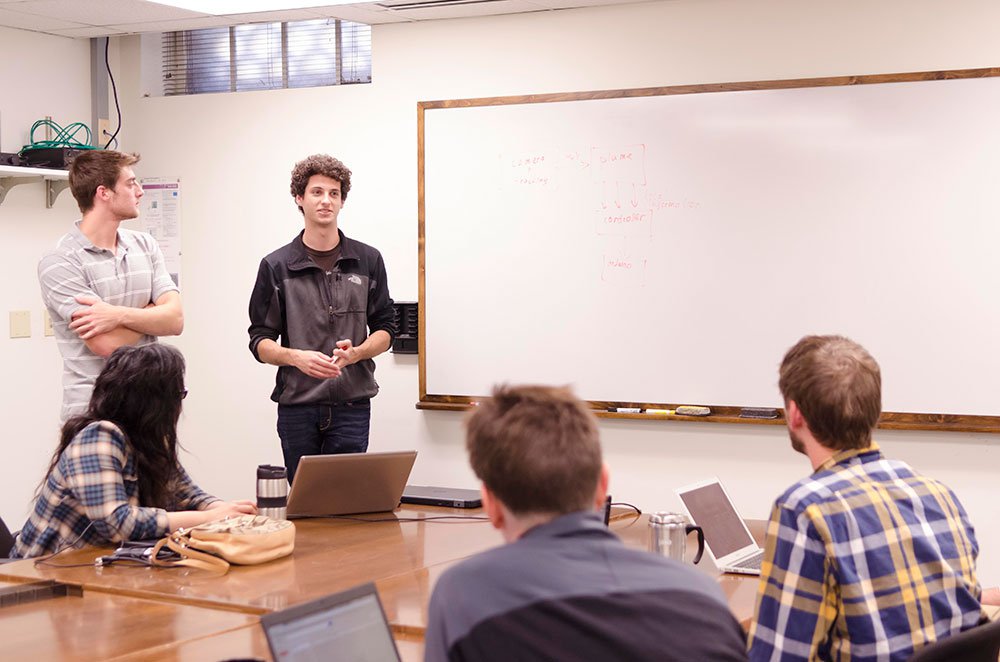