For the last 10 months, the Mars 2020 Perseverance mission has been on a long and lonely journey through space, headed for its ultimate destination: Mars. Around noon today, the Perseverance rover and Ingenuity, its helicopter companion, will begin their descent to the surface of the Red Planet. It will be a tense time as the spacecraft carrying the mission engages in its final maneuvers and makes its way through the Martian atmosphere.

Those working at mission control at JPL, which Caltech manages for NASA, know the routine that is coming. They have practiced it, they have planned for contingencies, and they will know what the rover is doing each step of the way.

But for folks watching at home, this final leg of the rover's long trek might be harder to follow. We spoke with Caltech alumnus Rob Manning (BS '82), chief engineer at JPL, who gave us a breakdown of what to expect.

Right around 12:15, Manning says, things will start to get interesting: "The spacecraft will begin preparing itself for entry and turning off unnecessary equipment onboard. It doesn't need the cruise stage that took it to Mars anymore, so it will be getting ready to push loose from that. It will also vent the coolant that has kept the rover cool on the way to Mars." 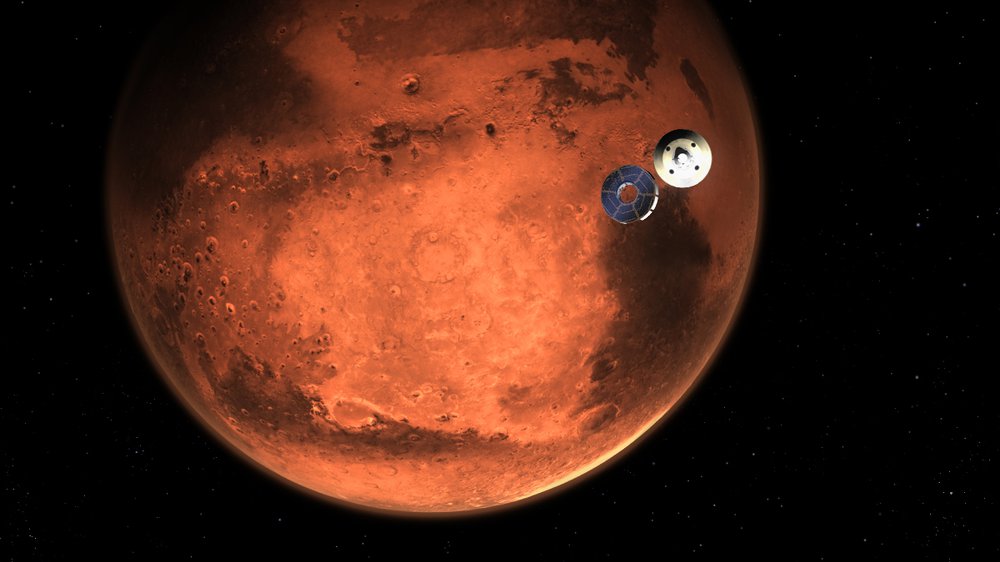 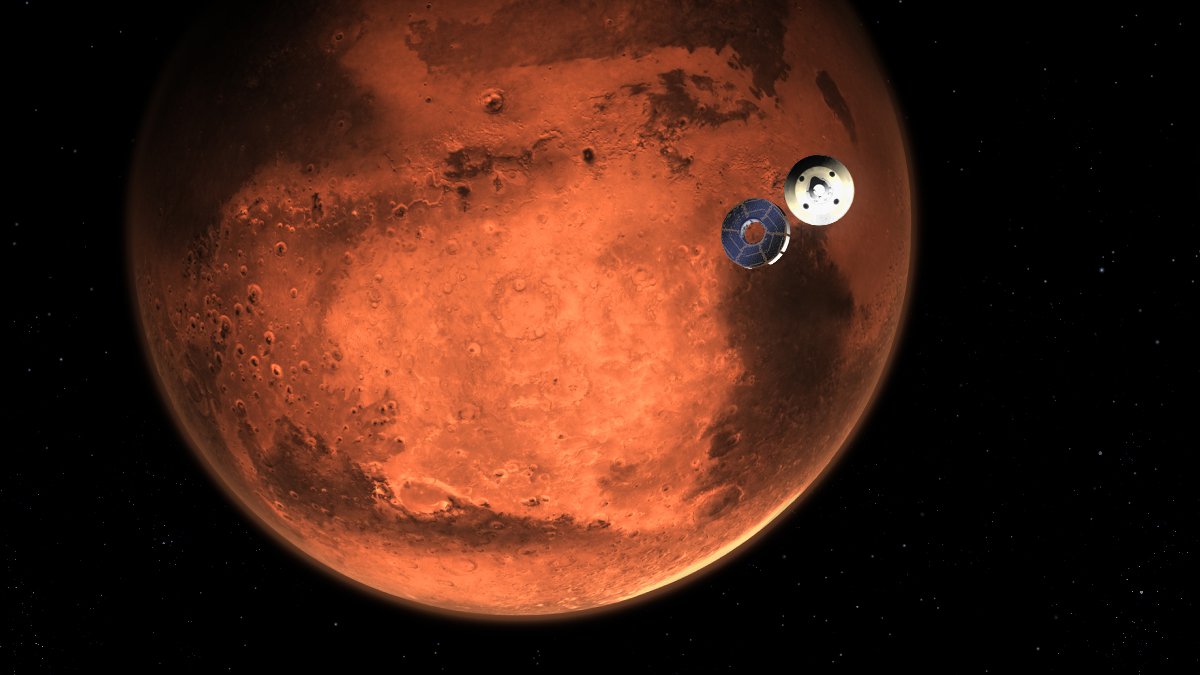 "About 12:36, the cruise separation will begin; it should be confirmed around 12:40. About 10 minutes after that, at 12:50 p.m., the vehicle will turn its orientation to point its heat shield at the atmosphere. 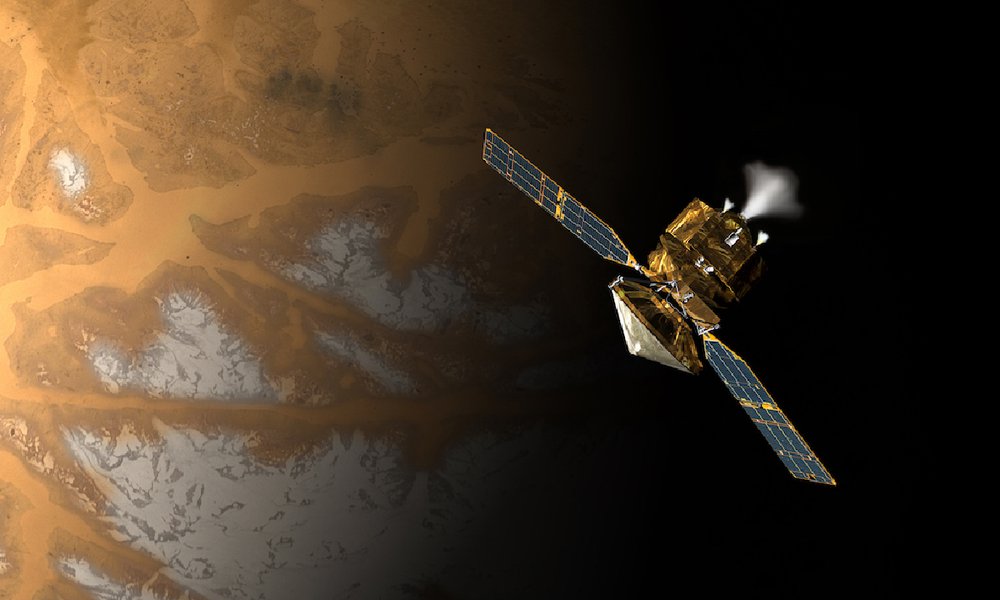 The Mars Reconnaissance Orbiter, which was launched in 2005. Credit: NASA/JPL-Caltech
Image Lightbox 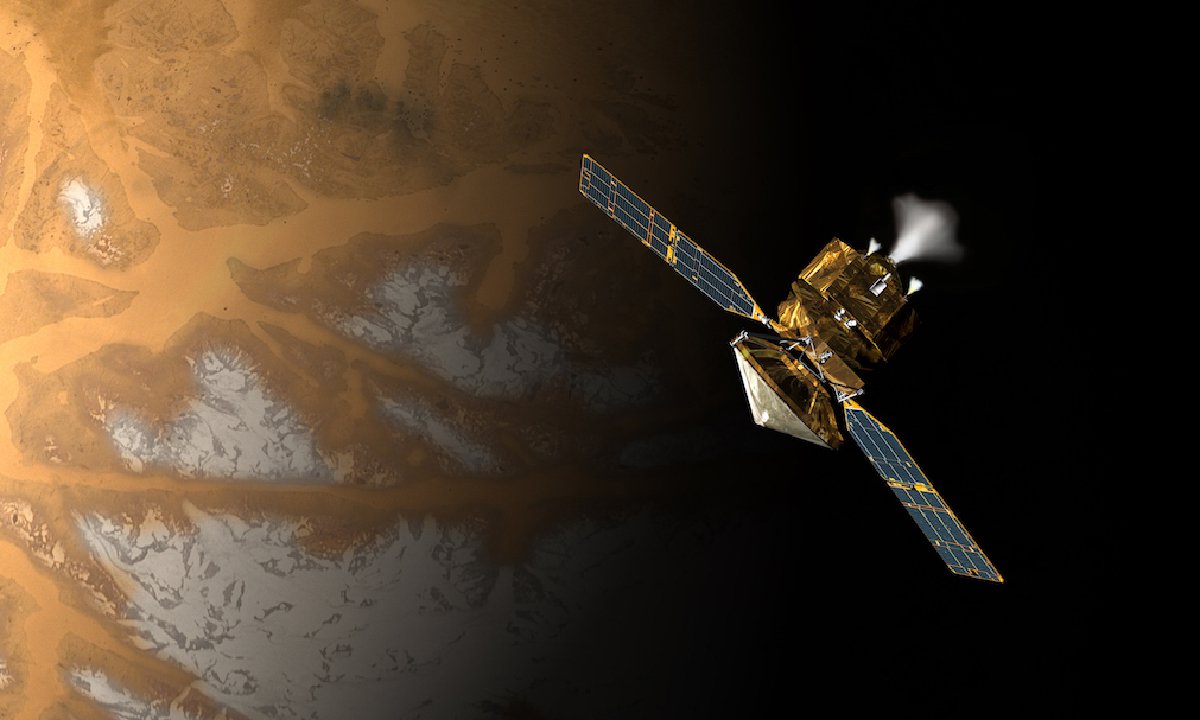 The Mars Reconnaissance Orbiter, which was launched in 2005.
Credit: NASA/JPL-Caltech
Download Full Image

"Luckily for us, the Mars Reconnaissance Orbiter will begin passing over right as we're doing all this, and it will act like a big digital mirror, bouncing signals from the rover back to Earth. We will start getting data flowing from the rover around 12:48 p.m., just about when we start entering the atmosphere. When we enter the atmosphere, we will get another signal blackout for about a minute." 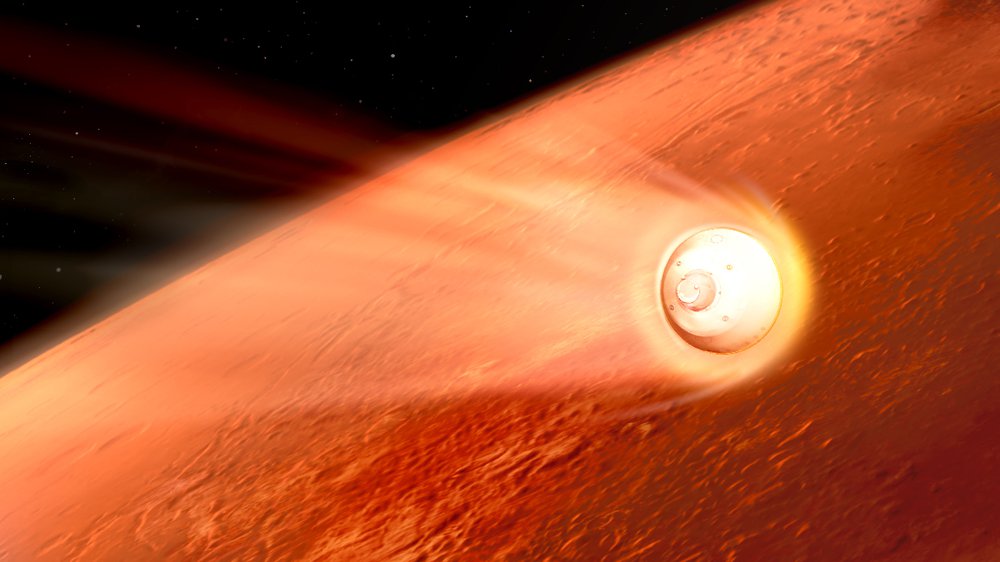 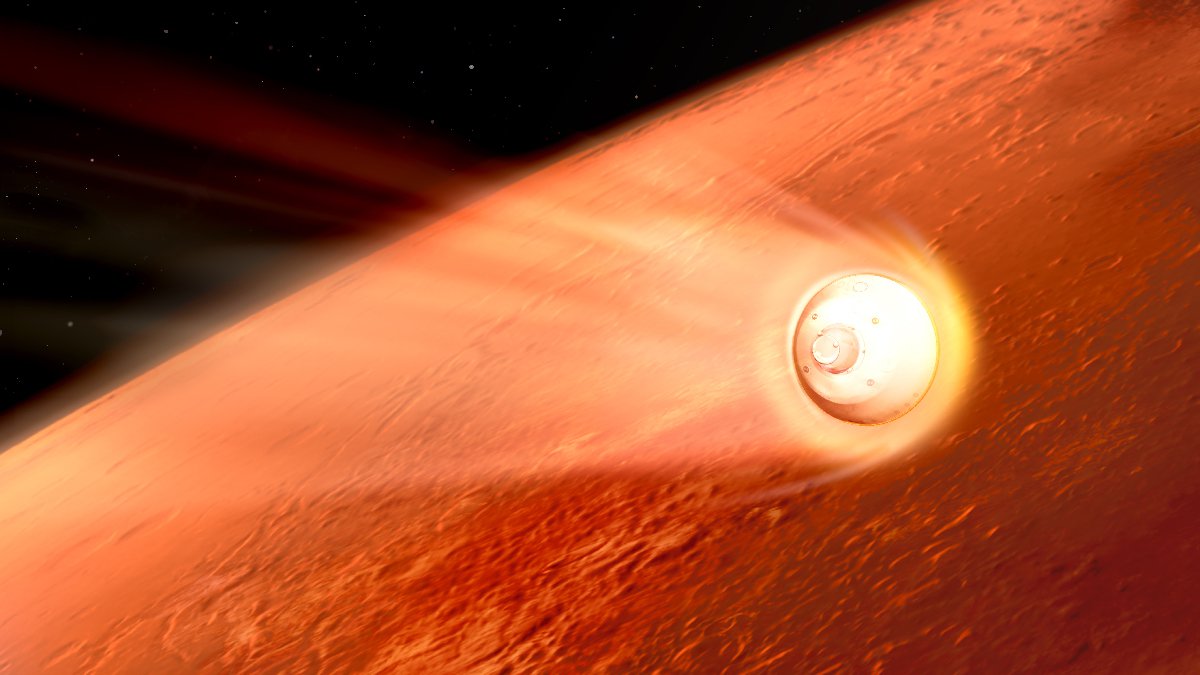 "This vehicle has aircraft-like properties, so it has the ability to fly. While we're in the signal blackout, it will begin steering itself toward its landing site.

"The real exciting thing is when the parachute will open up at 12:52 p.m. and 30 seconds. We should be able to see that in the data. Or we won't see anything, but we're hoping that won't happen.

"The heat shield comes off about 30 seconds later and the rover will hang from the parachute, descending and waiting until it's about a mile above the surface." 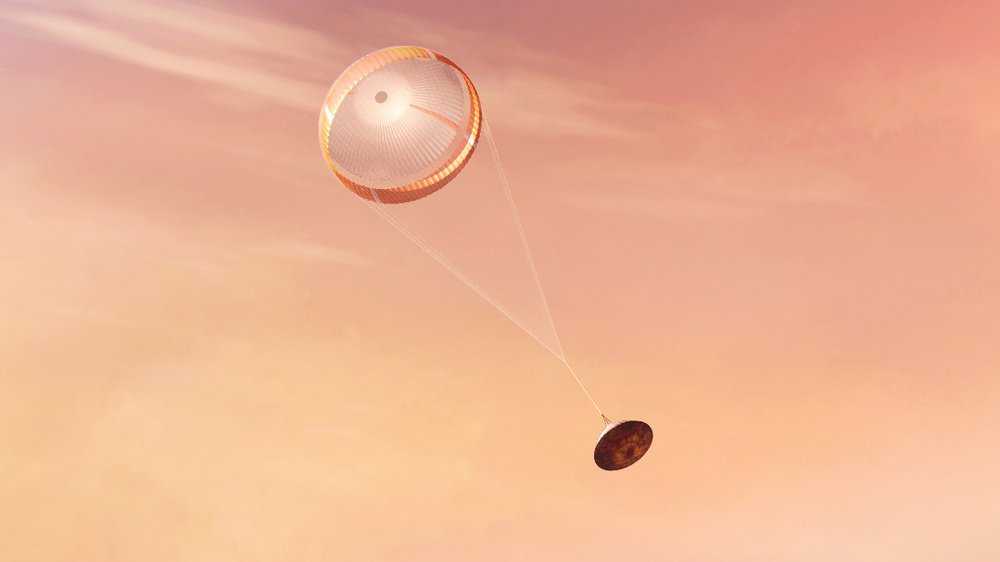 The spacecraft and its parachute. Credit: NASA/JPL-Caltech
Image Lightbox 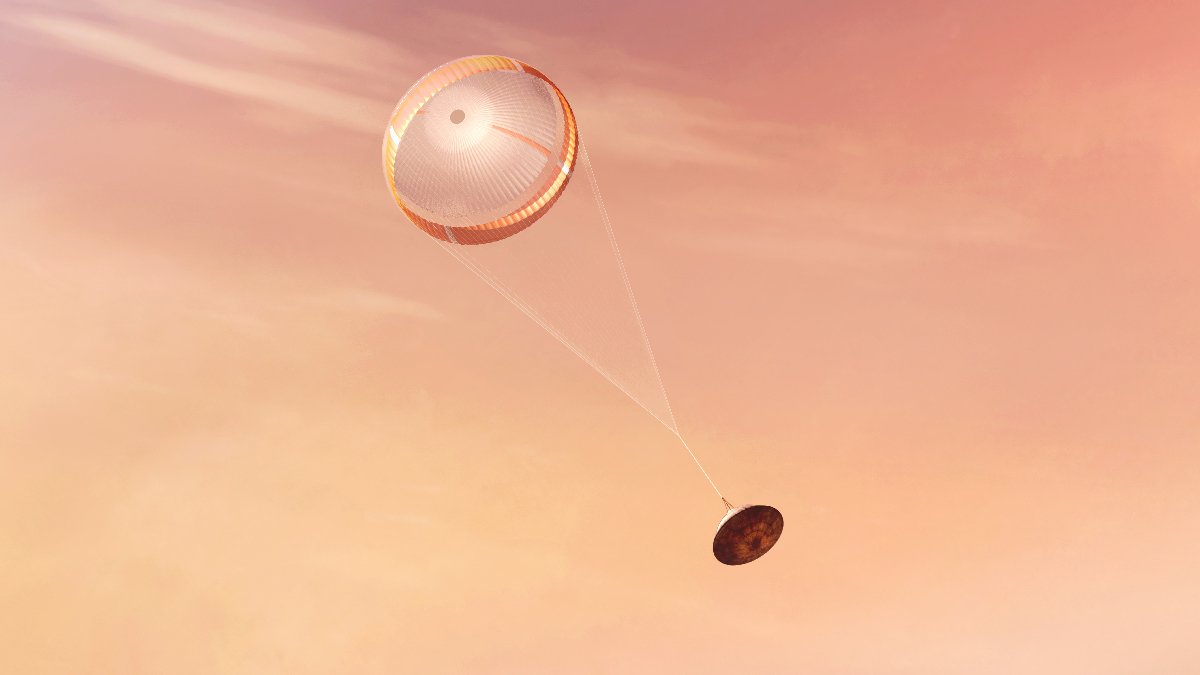 The spacecraft and its parachute.
Credit: NASA/JPL-Caltech
Download Full Image

"This will be the first moment we have ever used a camera on the rover to have the rover figure out where it is. It will take pictures of the ground below it and compare them to its onboard maps. It does all of that on its own. 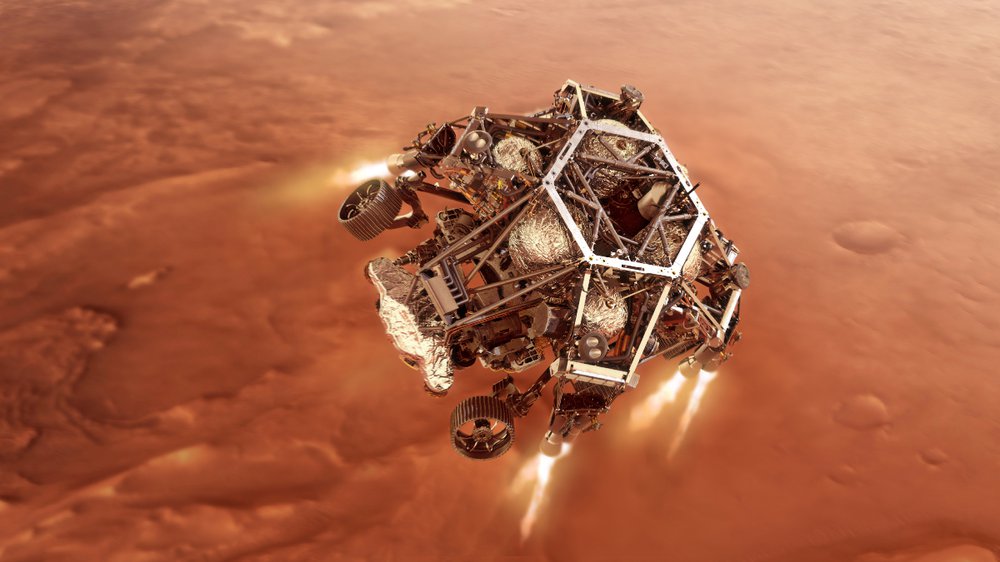 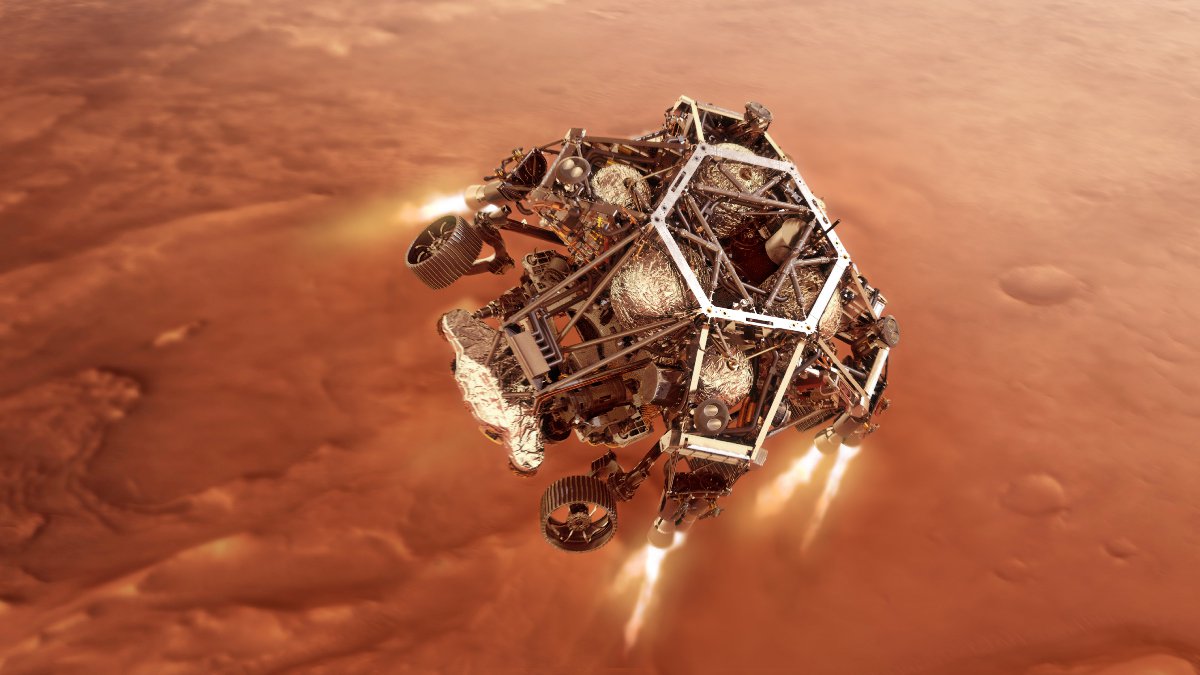 "At about 12:54 and 30 seconds, the rover separates from the backshell, which contains the parachute. By this time, it already has a plan about where it's going to land.

"At 12:55, the sky crane will deploy and the vehicle will lower itself down to the ground. Thirty seconds or so later, we will start having telemetry that will tell us that it has landed." 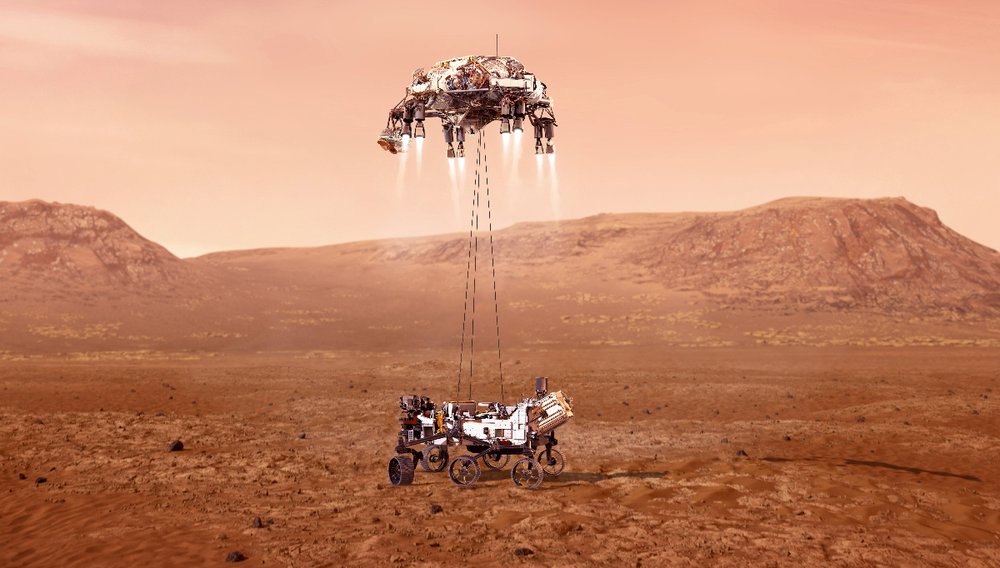 The rover touches down on the Martian surface. Credit: NASA/JPL-Caltech
Image Lightbox 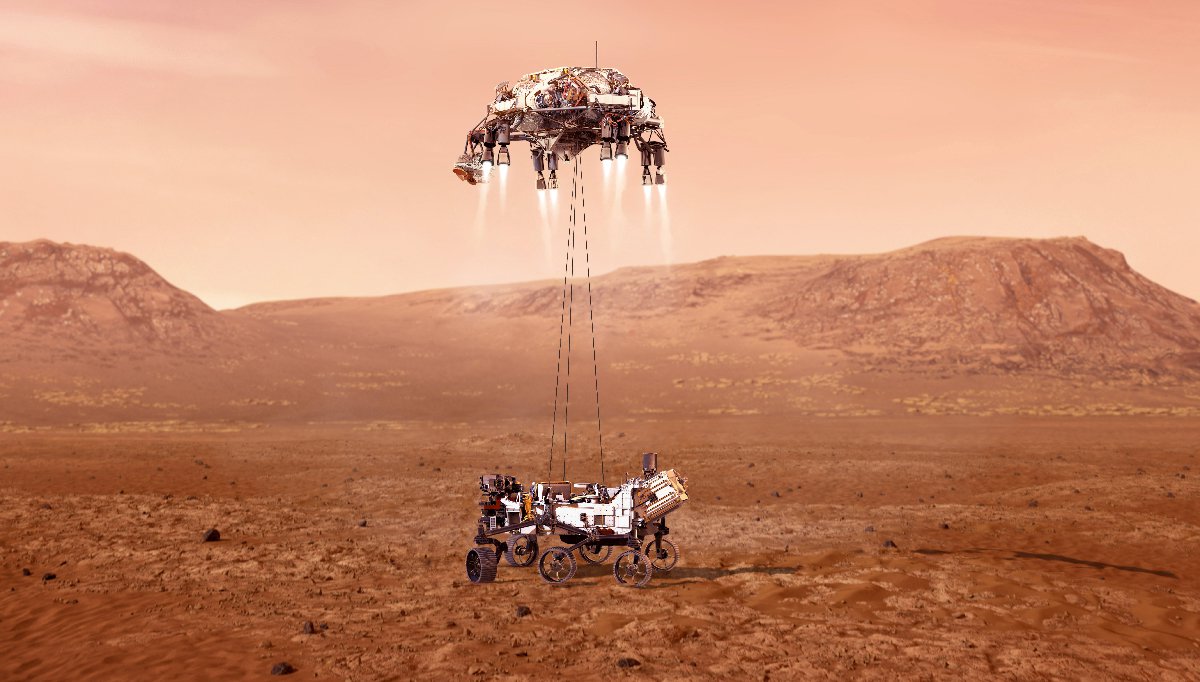 The rover touches down on the Martian surface.
Credit: NASA/JPL-Caltech
Download Full Image

"In the minute or two after we land, we might be able to get ourselves some postage-stamp-sized images from the onboard cameras. They will be small, and everything will be dusty, but these might be our first images."

"Our hope is that by 12:56 or 12:57, we can confirm landing, because after that, Mars Reconnaissance Orbiter drops below the horizon, and everything goes silent. Then we have to wait three hours for Mars Odyssey to pass over. It could be a cliffhanger!" 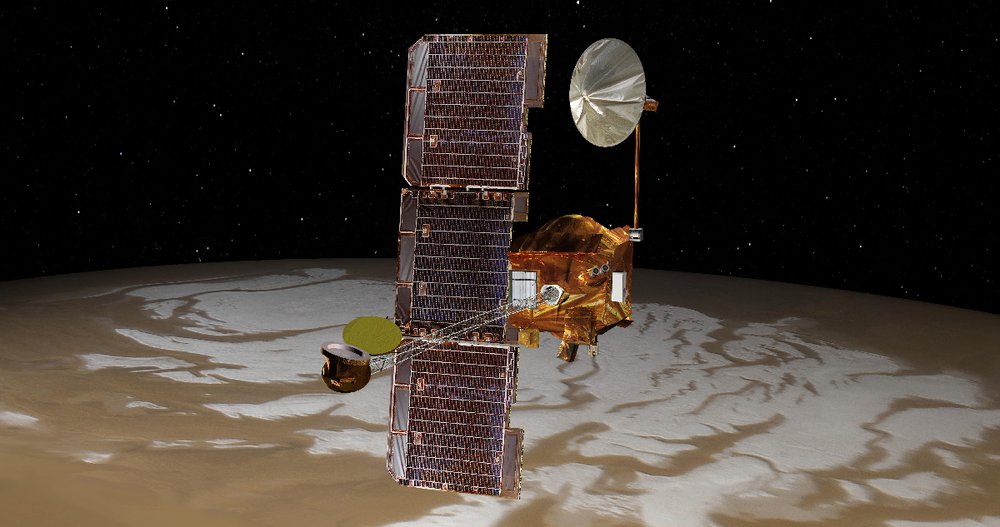 The Mars Odyssey spacecraft, which was launched in 2001 and continues to orbit Mars. Credit: NASA/JPL-Caltech
Image Lightbox 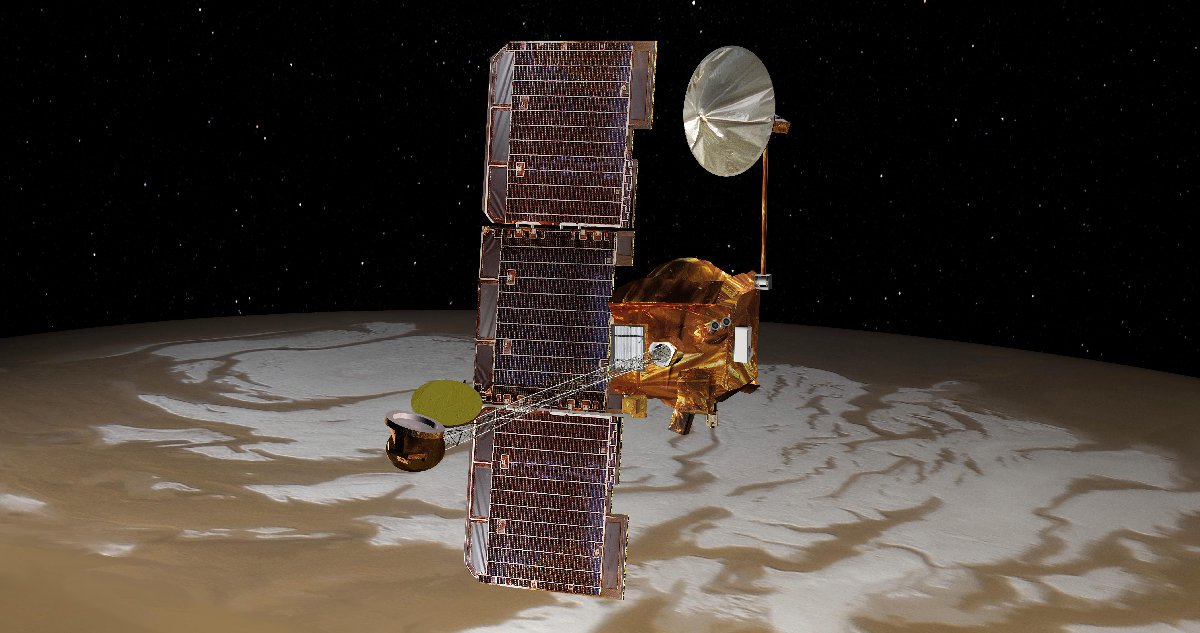 Share this
Tags
astronomy & physics earth & planetary science
Related Links
> Mars 2020 Lecture: The Thrill and Terror of Landing a Spacecraft on Mars   > Watch Live Landing Coverage   > How Mars 2020 Will Help Bring Part of the Red Planet Back to Earth   > Life as We Do Not Know It: Astrobiology and the Mars 2020 Mission
See All News   >