Life as We Do Not Know It: Astrobiology and the Mars 2020 Mission

An artist's rendering of how Jezero Crater might have looked as a lake when liquid water still existed on Mars.
Credit: NASA/JPL-Caltech

Life as we know it has never been found anywhere in our solar system or universe, other than on Earth. But that does not necessarily mean it is not out there.

The Mars 2020 mission is the first NASA mission with an explicit astrobiology component. Planned to be executed in multiple parts over decades, Mars 2020 and related missions aim to be the first to return samples of another planet for the purpose of examining them for signs of life.

But what do scientists hope to find? How will they know if or when they have found it? What does it mean for life on Earth if something is found, and what does it mean if it is not?

For insight about these questions, we talked to Woody Fischer, professor of geobiology and associate director of the Caltech Center for Autonomous Systems and Technologies. Fischer studies ancient rocks on Earth for signs of ancient life.

What are the main ways in which Mars is different from Earth, in terms of potentially hosting life?

There are a lot of things that make Mars different, but a big one is that it is not tectonically active. In some ways, Mars may be even better suited than Earth for preserving signatures of early life. Earth is tectonically active, so any rock from early in the planet's history, say three to four billion years ago, has now been buried at high temperatures and pressures, and those conditions can erase any clues about life it may have contained. The Martian surface, on the other hand, is comparatively unchanged by surface processes such as tectonics or the eroding power of water. If Mars hosted life three to four billion years ago, it could be evidence of the earliest life in the solar system.

We know that Mars used to be much wetter, and we think water is a pretty critical component for life to develop and thrive. In fact, the Jezero Crater landing site for Mars 2020 was chosen because it once held a lake the size of Lake Tahoe. Water does work on rocks, changes them, it alters them after their deposition. But now Mars is dry. And the lack of water means less alteration has occurred. Mars could actually give us a better chance than Earth to answer questions about what the solar system was like three or four billion years ago.

Assuming the complex sample return process does bring pieces of the Martian surface back to Earth, what would you look for in these samples?

Of course, finding a skeletal fossil like those seen in natural history museums on Earth would be completely paradigm-shifting. But we anticipate that if life was present on Mars it would have been microbial, and microbes don't often leave skeletal fossils; rare records of microbes in Earth's rock record are filaments and coccoides that were entombed by minerals.

We know some factors that tend to be good recorders of biological activity: basically anywhere new minerals like carbonate salts are forming. These minerals can template and encapsulate pieces of their environment as they form and have preserved microbial fossil information on Earth. Carbonate salts are theorized to be in Jezero Crater, so we're intensely interested in collecting any samples of carbonates that we find to see if these preserve textural evidence of life. We'd also look for organic biomarker compounds, which are sets of molecules whose production is highly unfavorable without the help of biology; molecules like cholesterol in our own cells are examples of this.

There are a ton of proposed biosignatures. Many are not unique to life, or diagnostic of life, but certainly suggest it, because we can't think of another way that they could be made without a cell.

What are some examples of this?

Take stromatolites: these lumpy rock fabrics that are layered somewhat like a flaky biscuit. On Earth, we think they are the fossil residue of gooey networks of bacteria called microbial mats. Microbial mats were incredibly important biological communities, even before animals evolved on our planet. For most of the history of life, the record is stromatolites. But there are gaps in our knowledge of how they're made—and there may even be entire classes of stromatolites that result from mineral growth processes independent of biology. What if a stromatolite structure were found on Mars and there were no additional organic signatures in it? Looking for life on Mars could help us address the gaps in our understanding of processes happening on our own planet.

On the other hand, we know of some examples from the rock record on Earth that could fool you. If I were to show you a thin section from certain types of old rock under a microscope, you would look at it and you would say, "Oh, that's surely a cell. It must be." And I would say, "No, actually I know this is from a metamorphic rock. This was created at temperature and pressure conditions that life couldn't attain."

Something that's exciting to me is that researchers have recently been proposing that we could look for signatures of prebiotic processes—the physical and chemical processes that are preconditions for life to arise. It's absolutely clear from our current data that Mars hosted habitable environments, but whether or not they were actually inhabited is the next question. Another way of posing this question is, were there processes occurring in those environments that maybe were the precursors of something that might have led to life? There's this opportunity to say, well, maybe Mars was never living, but perhaps it started down that road. Maybe it started down that kind of prebiotic chemistry. Maybe there is exciting chemistry that happened or is happening on surface environments on Mars, but it never quite made it to life.

What processes are considered precursors to life?

There are a bunch of parallel ideas about what types of environments and processes were important to the genesis of life. But we know very little with any certainty. And you can't answer the question today in modern Earth environments because life is omnipresent and can outcompete any such prebiotic processes. But maybe you could see evidence of these processes in an ancient Mars environment. Imagine if we end up in Jezero on Mars and we observe that there's a bunch of organic matter and we're able to characterize some of that organic matter. And maybe it looks like some of the things that get made in lab conditions under a certain experimental setup, a hydrothermal system, or a hot spring environment, or an alkaline lake.

How would the scientific community come to consensus to declare, "this is a sign of past life"? Is there an official definition of "life"?

Imagine we find a stromatolite. There will be people on the team and off the team that will be ready to declare victory. "That's it, we found life." There will also be a bunch of people that'll say, "Well, wait a second. How do we know that we're so sure?"

This back and forth will take place, I think, as we discover these materials. That kind of dialogue is going to be really important going through this process.

Science is so subtle. It's always such a discussion. With each new observation and discovery comes the ability to ask a more detailed, more precise, question. Currently, when we talk about life detection, there's always caveats, and if-thens, and that kind of thing. We don't always translate that incredibly well to the public. But I think it would be a big deal to be able to say, "Look, we're seeing materials here that we associate with life, and we're going to have our work cut out to test this in a rigorous way, but this is closer than we've ever been to understanding whether or not life is present on a planet other than our own."

How would the presence of life on Mars change how we look at life on Earth?

Imagine you can find signs of ancient life on Mars. The next thing you want to see is if there is life that has persisted on the planet to the present day. Imagine we find that too. The next thing you want to know is, is it related to life on Earth? To what degree does it remind us of ourselves or not? Is it a completely different experiment? Whether or not it independently evolved on Mars, as opposed to being part of panspermia—the idea that life was somehow spread throughout the solar system on meteorites or something like that—is really interesting.

We would want to know what the commonalities are between life on Mars and Earth. How does life on Mars reproduce? What are the rules of being alive?

Imagine you find something like a cell. That might tell you that life has to be enclosed in a membrane. How do these cells harvest energy? For cells on Earth, only three or so flavors of energy—those in phosphoanhydride bonds like in ATP [the molecule that provides energy to drive processes in living things], redox reactions, and membrane chemical gradients—have ever been used, although maybe there were more in the past that we don't know about. Was that also true of Mars? Did life there figure out ways to tap into other sources of energy that life doesn't on Earth?

The questions that emerge from there get really exciting, really fast. And even if panspermia ends up being responsible for life on both Earth and Mars, when did that occur? Those kinds of things would be absolutely fascinating to be able to study. Maybe they could be studied in conjunction with sending people to Mars, because we're perhaps a decade away from doing that. Despite the enormous technological achievements associated with sending a rover like Perseverance to Jezero Crater, the kind of research that you can do with a person is still beyond what we're able to accomplish with a rover. 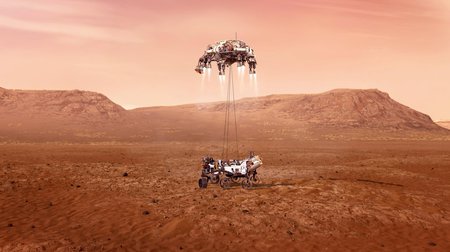 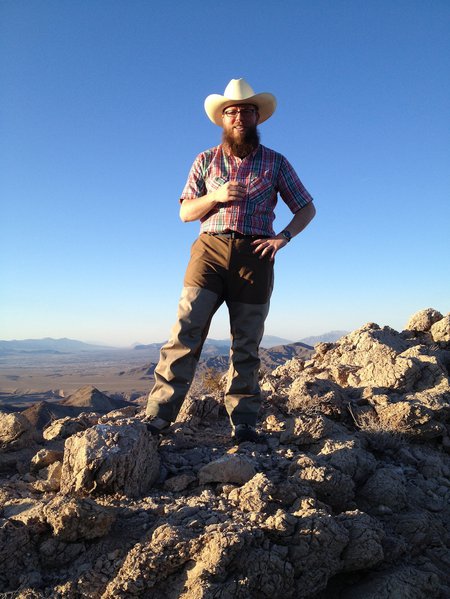 Share this
Tags
earth & planetary science interdisciplinary research
Related Links
> JPL: 7 Things to Know About the NASA Rover About to Land on Mars   > Astrobiology at NASA
See All News   >