"A Weekend with Pablo Picasso"

Prepare for an unforgettable three days with Pablo Picasso in this acclaimed one-man show. Actor, writer, and visual artist Herbert Sigüenza vividly embodies the father of modern art during this fictitious weekend, whose events and musings are drawn from Picasso's writings.

Sigüenza incorporates his own talents as he draws, paints, and sculpts as the story unfolds.

The play will be available for on-demand viewing from March 6 through April 4. Tickets are $35 per household/connection. 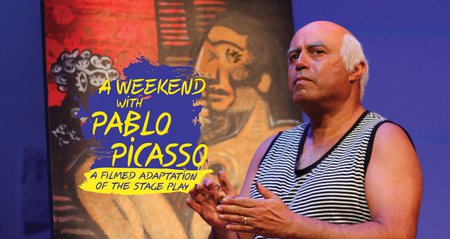