If any spacecraft could be said to have had nine lives, it was Galileo.

The latest in JPL's documentary film series on the laboratory's key role in the Space Age, Saving Galileo is the story of how NASA's Galileo mission—designed, built and operated by the Jet Propulsion Laboratory—was kept alive despite a multitude of technical challenges, including a years-long launch delay and the devastating failure of its main antenna to open properly in space. It is also the story of a tight-knit team of scientists and engineers, forged by adversity into a what many came to call a family.

In the end, despite its many challenges and limitations, Galileo proved a resounding success, leading to profound scientific insights that continue to draw NASA and JPL back to Jupiter for new adventures.

The one-hour documentary—written, produced, and directed by JPL Fellow Blaine Baggett—will be preceded by opening remarks from JPL Director Michael Watkins and a short, informal panel discussion about the mission and its legacy at Jupiter. Panelists include:

The screening is free and open to the public. No ticket or registration is required.

Read the JPL release about the event

Read more about the Galileo mission to Jupiter 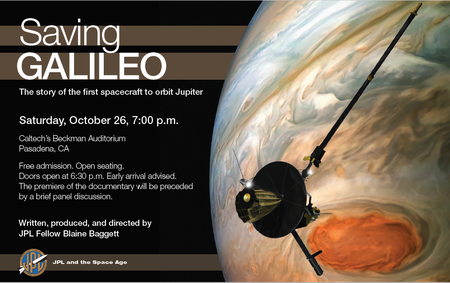 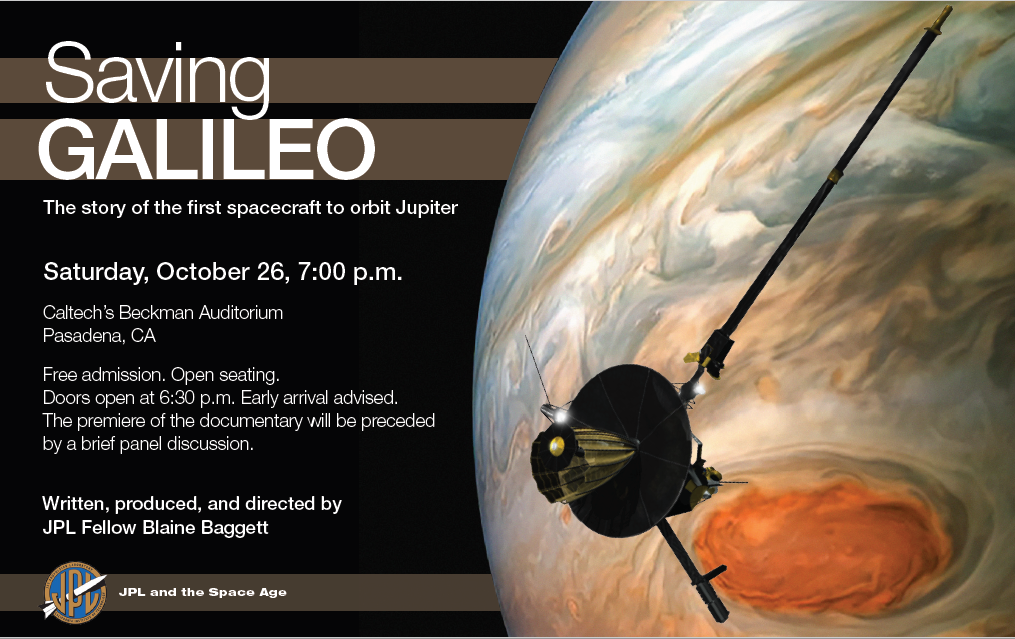