Get the scoop on the latest Mars missions. This lecture will bring you up to speed on everything happening on the Red Planet, including: the biggest dust storm in a decade, rolling (and drilling) on Rubin Ridge, a new rover under construction, and a recent arrival on Mars that is preparing to get down to business.

This is a free event; no tickets or reservations are required.

The Theodore von Kármán Lecture Series, named after JPL's founder, and presented by JPL's Office of Communication and Education, brings the excitement of the space program's missions, instruments and other technologies to both JPL employees and the local community. Lectures take place twice per month, on consecutive Thursdays and Fridays. The Thursday lectures take place in JPL's Theodore von Kármán Auditorium and are streamed live via Ustream, and (beginning in July 2018) Friday lectures take place at Caltech's Ramo Auditorium. Both start at 7:00 p.m. Admission and parking are free for all lectures, no reservations are required, and seating is limited. 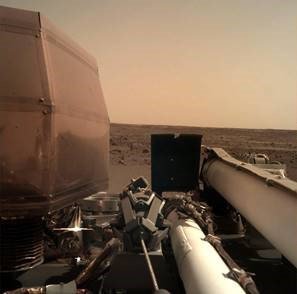 Half a Century on the Red Planet
Image Lightbox