MACH 33 "Theory of Nothing"

If Marie Curie stopped by your tree house, would you let her in? Tough-as-nails physicist Brit and sculptor Chuck Swanson are the parents to Max, a condensed matter physicist, and Sugar, a designer, who return to their childhood home to pack up the house on the eve of their parents' divorce. But when the characters reveal shocking truths about themselves, the entire family is forced to confront questions of honesty, allegiance, and madness.

NIKE DOUKAS (Director) most recently directed Harold Pinter's The Hot House at the Antaeus Company, where she also led readings of Blithe Spirit, The Three Sisters and Flare Path. Other directing credits include All's Well That Ends Well, Measure for Measure, The Tempest, The Last Days of Judas Iscariot, and Search and Destroy. As an actress, Doukas has appeared regionally, including South Coast Repertory, The Pasadena Playhouse, The Mark Taper Forum, The Old Globe, Berkeley Repertory Theatre, A Contemporary Theatre (Seattle), Shakespeare Santa Cruz, the LA Shakespeare Festival, and The American Conservatory Theatre, where she received her MFA. She has many television credits, including a recurring role on Desperate Housewives.

GET GENERAL ADMISSION TICKETS FOR THIS SHOW

For further information, please call the Caltech Performing and Visual Arts office at 626-395-3295.

MACH 33: The Festival of New Science-Driven Plays at Caltech, presented annually by Caltech Theater under the direction of Brian Brophy, fosters compelling conversations about scientific, mathematical, and technological questions by staging readings of new, unpublished plays by Los Angeles-area and Caltech/JPL playwrights. The plays in the festival offer stories that capture our imagination and ignite our curiosity about science. 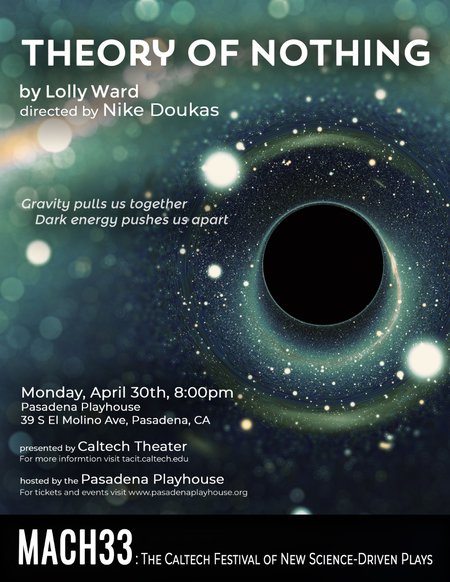 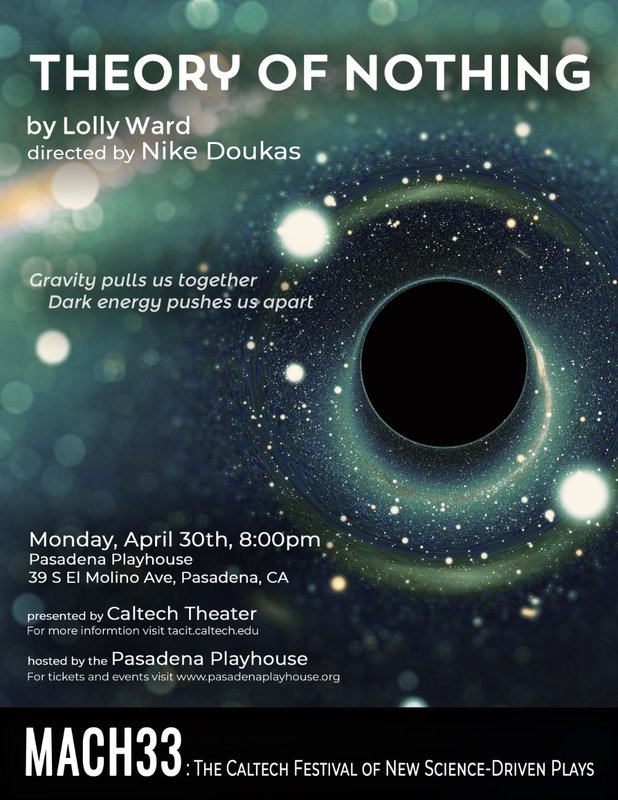