Recently, the musical political satire troupe the Capitol Steps announced that, after 39 years of "putting the MOCK in democracy," they are shutting down and will not be performing live anymore, saying "Like many in the entertainment business, we simply weren't built to survive going a year or more without live performances."

The Capitol Steps made their first appearance on the Beckman Auditorium stage in 1991, and tens of thousands of Caltech audience members have shared almost three decades of laughs at the expense of both the left and the right but, of course, to everyone's benefit; laughter is, after all, the best medicine!

A founding member of the Capitol Steps, Elaina has been with the group since 1981. She has stories to tell.

Elaina will be interviewed by Sarah Spitz. For 28 years, Sarah was a producer and publicity director for KCRW public radio, as well as a freelance arts producer for NPR.

We hope you will join us for this free event. It promises to be an evening of fond remembrances, storytelling and, of course, laughter. 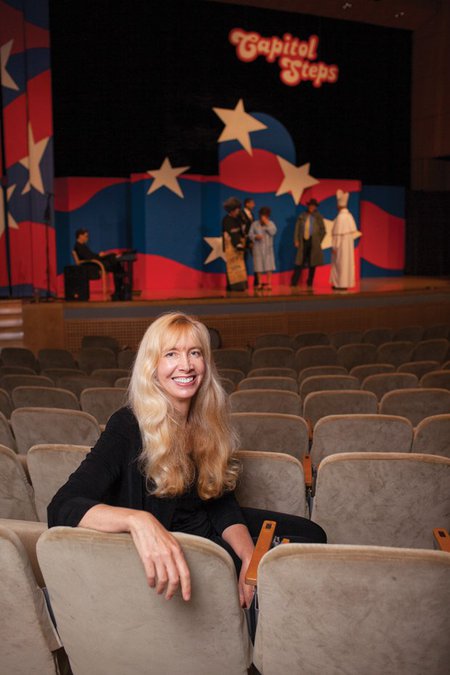