This event has been postponed.

This decision was made out of concern for the health of our community as a social distancing measure in light of COVID-19.

For updates from the Institute on its COVID-19 response, please visit Caltech's Coronavirus information page.

Produced, written and directed by JPL Fellow and Emmy Award-winner Blaine Baggett, "Landing on Mars" is the fourth of four documentaries about JPL-led missions to Mars premiering at Caltech. "Landing on Mars" will be screened in Caltech's Beckman Auditorium on March 11, 2020 at 7 p.m. The film will be preceded by a short, informal panel discussion consisting of Mars mission team members, Baggett, and moderator Preston Dyches. This event is free and open to the public. Doors open at 6:30 p.m. Seating is available on a first-come, first-served basis.

Mars has been called the "Death Planet," with good reason. It has been a graveyard of spacecraft. In 1999 NASA's Jet Propulsion Laboratory found itself at a crossroads following the loss of back to back missions to Mars. But instead of backing down, JPL, as one engineer put it, "got back in the saddle," taking on the most difficult challenge any mission to Mars can face: attempting to land on the Martian surface — what has become known as the "Six Minutes of Terror." JPL signed on to launch not one, but two rovers to the Red Planet. The new documentary "Landing on Mars" is the dramatic story of the twin landings in 2004 of the storied Mars Exploration Rovers, Spirit and Opportunity.

"Any one would be hard put to offer up in the entire history of JPL a more dramatic time than the three-week span between these two landings on Mars," offers JPL Fellow and Emmy award winning producer of the documentary, Blaine Baggett. "It was twenty-one non-stop days of intense highs and lows for machines and humans alike." Even before reaching Mars the missions had to endure — and survive — the third most powerful solar storm ever recorded, only to be greeted at Mars by a global dust storm that only added more risk in getting the rovers safely on the surface. And as the team would find out, even surviving the Six Minutes of Terror would not necessarily mean all was well

"Landing on Mars" is the fourth in a quartet of documentaries about JPL-led missions to Mars premiering at Caltech. Together they trace classic tale of success, failure and (happily) a spectacular recovery. 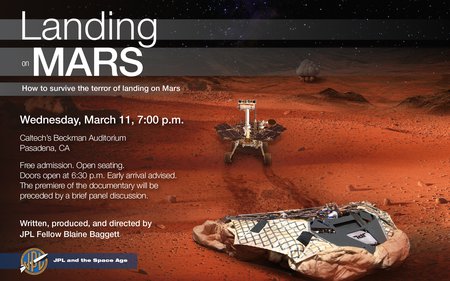 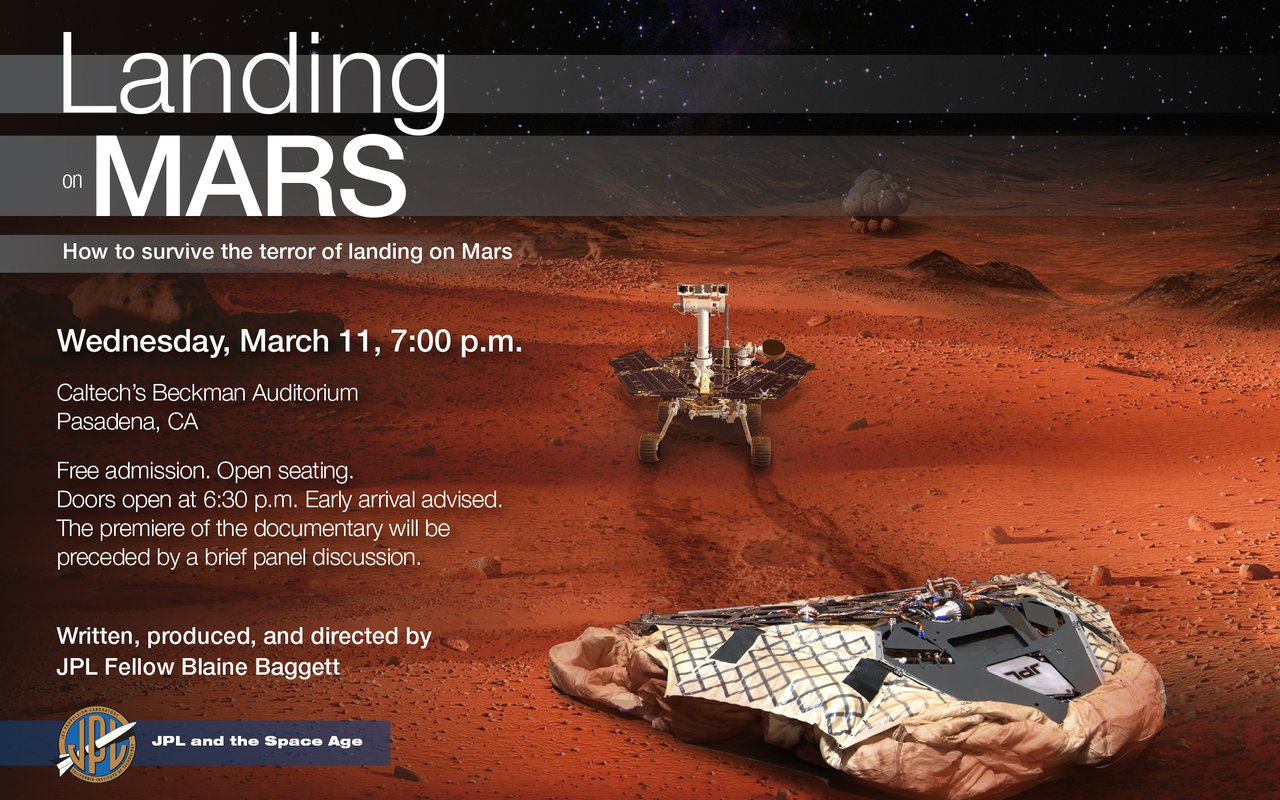