EXPLiCIT: Much Ado About Nothing

In this exuberant revival of Shakespeare's Much Ado About Nothing, EXPLiCIT transports you to Italy in July, 1944. Rome has just been liberated by the Allies and, for Sicily at least, the war is over and the populace begins rebuilding their lives. This setting allows for a delightful romp in the park, as the players present a riotous, fun-filled evening punctuated by swing dancing and 1940s Big Band dance music.

We find ourselves in Leonora's villa awaiting the marriage of her daughter Hero to the soldier Claudio. To amuse themselves, Don Pedro and his men play Cupid (to hilarious results) between Beatrice, Hero's witty and sharp-tongued cousin and Bendedick, confirmed bachelor-for-life.

But all is not fun and games. As director Mark Kozlowski notes, "In the midst of the laughter and dancing, there is an unexpected, dark turn as plots of revenge, deception, and dishonor take hold. It is the grimness of the subplots which allows the jubilant matchmaking and infectious comedy to feel even more joyful and spontaneous."

EXPLiCIT (EXtracurricular PLayers at the California Institute of Technology) was formed in 2010 as a student- and community-run theater group dedicated to promoting theater at Caltech, producing summer performances, and providing support to Theater Arts Caltech and MACH 33: The Festival of New Science-Driven Plays at Caltech. Past productions include: Merry Wives of Windsor; Major Barbara; The Tempest; Midsummer Night's Dream; Big Love; Metamorphosis; A Funny Thing Happened on the Way to the Forum; and I Love You, You're Perfect, Now Change. 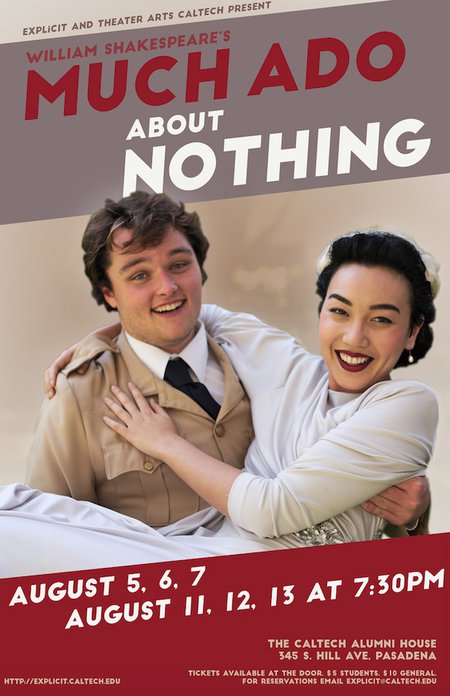 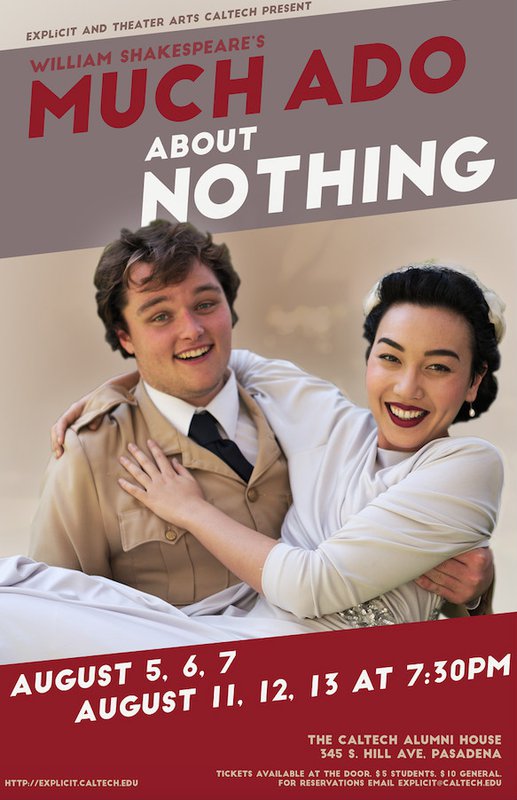