You Don't Think Your Way Out of a Tiger Attack

Imagine walking alone at night. Up ahead on the sidewalk, you notice a person lurking in the shadows, and a chill runs down your spine. You pause as you run through your options. Do you turn around and go back the way you came? Cross to the other side of the street? Or do you ignore your fear and keep walking straight ahead?

Now picture another scenario in which you're strolling through a crosswalk. Suddenly, you're startled by the sound of tires screeching and a glimpse of something moving quickly toward you. You leap back just as a car barrels past, barely missing you.

In a paper appearing in the March 6 issue of the Proceedings of the National Academy of Sciences, Assistant Professor of Cognitive Neuroscience Dean Mobbs and his co-authors show for the first time that there are two areas of the brain involved in processing fear. The areas, which they call "fear circuits," split up the responsibility for dealing with threats. Distant threats that allow more time for thinking and strategic behavior are handled by the cognitive-fear circuit, which consists of connections closer to the front of the brain among brain regions called the hippocampus, the posterior cingulate cortex, and the ventromedial prefrontal cortex (an area of the brain responsible for assessing risk and making decisions). Immediate threats requiring a quick response (fight, flight, or freeze) are handled by the reactive-fear circuit, which consists of connections near the center of the brain between two structures known as the periaqueductal gray and the midcingulate cortex.

The research also shows a relationship between the two circuits that Mobbs likens to a seesaw. When activity in one circuit goes up, activity in the other goes down, with the immediacy of the threat determining which way the seesaw tips. That interaction helps the brain react in a way appropriate to the type of threat being faced.

"It's adaptive to shut down some circuits in the brain to evoke others. When the threat comes closer, you want to shut down the prefrontal cortex," he says. "If there's a tiger in the room, and you're trying to decide whether you should move left or move right, you're going to end up being eaten while you're still thinking about how to best escape."

To see activity inside of a person's brain, Mobbs and his fellow researchers used functional magnetic resonance imaging (fMRI) scans. But since there aren't many threats present for a person inside an MRI machine, the researchers developed a "virtual predator" video game that participants played while they were being scanned.

The video game requires players to keep their character (a little triangle) in a particular spot on the screen. The longer players keep their character there, the more money they earn (up to $20). Meanwhile, one of three virtual predators scoots around the screen in preparation to attack the player. During an attack, the predator zooms toward the spot on the screen where the player is earning money. If the predator attacks while the player is still on that spot, all of the money earned that session is lost—and the player receives a mild electric shock to their hand to simulate the physical danger a real predator might present.

Kind of like the ghosts in Pac-Man, each of the predators is a different color and has different attacking abilities. The red predator has a small attack distance, meaning it has to be fairly close to the player's character to initiate an attack. The blue predator, on the other hand, has a large attack distance, giving it the ability to attack from farther away and making it much more dangerous to the player.

"We need to reconsider the idea that only one brain region is involved in fear," Mobbs says. "This shows that fear is not one thing. It's contextually based, and it can be conscious or subconscious."

Mobbs says the findings will give researchers a better understanding of how the different neural circuits might be going awry in people with panic and anxiety disorders. In turn, that could lead to better treatments for those conditions.

The paper is titled, "How Cognitive and Reactive Fear Circuits Optimize Escape Decisions in Humans." Mobbs' co-authors include Song Qi, a Caltech graduate student in the Division of the Humanities and Social Sciences; Demis Hassabis, co-founder of Google DeepMind; Jiayin Sun of Columbia University; Fangjian Guo of the Massachusetts Institute of Technology; and Nathaniel Daw, of Princeton University. The research was supported by a grant from the Brain & Behavior Research Foundation. Mobbs is an affiliated faculty member of the Tianqiao and Chrissy Chen Institute for Neuroscience at Caltech. 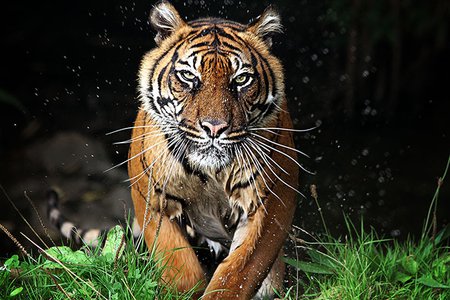 New research shows for the first time that there are two areas of the brain involved in processing threats, such as an attacking predator. Credit: Flickr user jinterwas
Image Lightbox 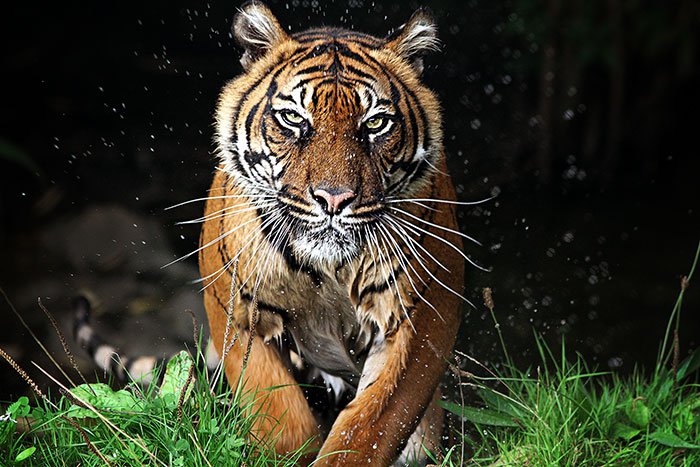 New research shows for the first time that there are two areas of the brain involved in processing threats, such as an attacking predator.
Credit: Flickr user jinterwas
Download Full Image
Subscribe
The Caltech Weekly

Share this
Tags
neuroscience and behavioral science
Related Links
> Human Fear and the Social Brain: A Conversation with Dean Mobbs
See All News   >