Skip to main content
Home  /  About  /  News  /  Why Do We Feel Thirst? An Interview with Yuki Oka

Why Do We Feel Thirst? An Interview with Yuki Oka

To fight dehydration on a hot summer day, you instinctively crave the relief provided by a tall glass of water. But how does your brain sense the need for water, generate the sensation of thirst, and then ultimately turn that signal into a behavioral trigger that leads you to drink water? That's what Yuki Oka, a new assistant professor of biology at Caltech, wants to find out.

Oka's research focuses on the study of how the brain and body work together to maintain a healthy ratio of salt to water as part of a delicate form of biological balance called homeostasis.

Recently, Oka came to Caltech from Columbia University. We spoke with him about his work, his interests outside of the lab, and why he's excited to be joining the faculty at Caltech.

Can you tell us a bit more about your research?

The goal of my research is to understand the mechanisms by which the brain and body cooperate to maintain our internal environment's stability, which is called homeostasis. I'm especially focusing on fluid homeostasis, the fundamental mechanism that regulates the balance of water and salt. When water or salt are depleted in the body, the brain generates a signal that causes either a thirst or a salt craving. And that craving then drives animals to either drink water or eat something salty.

I'd like to know how our brain generates such a specific motivation simply by sensing internal state, and then how that motivation—which is really just neural activity in the brain—goes on to control the behavior.

Why did you choose to study thirst?

After finishing my Ph.D. in Japan, I came to Columbia University where I worked on salt sensing mechanisms in the mammalian taste system. We found that the peripheral taste system has a key function for salt homeostasis in the body by regulating our salt intake behavior. But of course, the peripheral sensor does not work by itself.  It requires a controller, the brain, which uses information from the sensor. So I decided to move on to explore the function of the brain; the real driver of our behaviors.

I was fascinated by thirst because the behavior it generates is very robust and stereotyped across various species. If an animal feels thirst, the behavioral output is simply to drink water. On the other hand, if the brain triggers salt appetite, then the animal specifically looks for salt—nothing else. These direct causal relations make it an ideal system to study the link between the neural circuit and the behavior.

You recently published a paper on this work in the journal Nature. Could you tell us about those findings?

In the paper, we linked specific neural populations in the brain to water drinking behavior. Previous work from other labs suggested that thirst may stem from a part of the brain called the hypothalamus, so we wanted to identify which groups of neurons in the hypothalamus control thirst. Using a technique called optogenetics that can manipulate neural activities with light, we found two distinct populations of neurons that control thirst in two opposite directions. When we activated one of those two populations, it evoked an intense drinking behavior even in fully water-satiated animals. In contrast, activation of a second population drastically suppressed drinking, even in highly water-deprived thirsty animals.  In other words, we could artificially create or erase the desire for drinking water.

Our findings suggest that there is an innate brain circuit that can turn an animal's water-drinking behavior on and off, and that this circuit likely functions as a center for thirst control in the mammalian brain. This work was performed with support from Howard Hughes Medical Institute and National Institutes of Health [for Charles S. Zuker at Columbia University, Oka's former advisor].

You use a mouse model to study thirst, but does this work have applications for humans?

There are many fluid homeostasis-associated conditions; one example is dehydration. We cannot specifically say a direct application for humans since our studies are focused on basic research. But if the same mechanisms and circuits exist in mice and humans, our studies will provide important insights into human physiologies and conditions.

Where did you grow up—and what started your initial interest in science?

I grew up in Japan, close to Tokyo, but not really in the center of the city. It was a nice combination between the big city and nature. There was a big park close to my house and when I was a child, I went there every day and observed plants and animals. That's pretty much how I spent my childhood. My parents are not scientists—neither of them, actually. It was just my innate interest in nature that made me want to be a scientist.

What drew you to Caltech?

I'm really excited about the environment here and the great climate. That's actually not trivial; I think the climate really does affect the people. For example, if you compare Southern California to New York, it's just a totally different character. I came here for a visit last January, and although it was my first time at Caltech I kind of felt a bond. I hadn't even received an offer yet, but I just intuitively thought, "This is probably the place for me."

I'm also looking forward to talking to my colleagues here who use fMRI for human behavioral research. One great advantage about using human subjects in behavioral studies is that they can report back to you about how they feel. There are certainly advantages of using an animal model, like mice. But they cannot report back. We just observe their behavior and say, "They are drinking water, so they must be thirsty." But that is totally different than someone telling you, "I feel thirsty." I believe that combining advantages of animal and human studies should allow us to address important questions about brain functions.

Do you have any hobbies?

I play basketball in my spare time, but my major hobby is collecting fossils. I have some trilobites and, actually, I have a complete set of bones from a type of herbivorous dinosaur. It is being shipped from New York right now and I may put it in my new office. 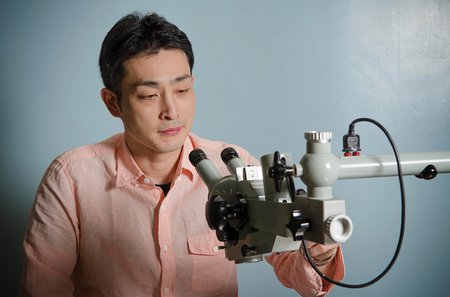 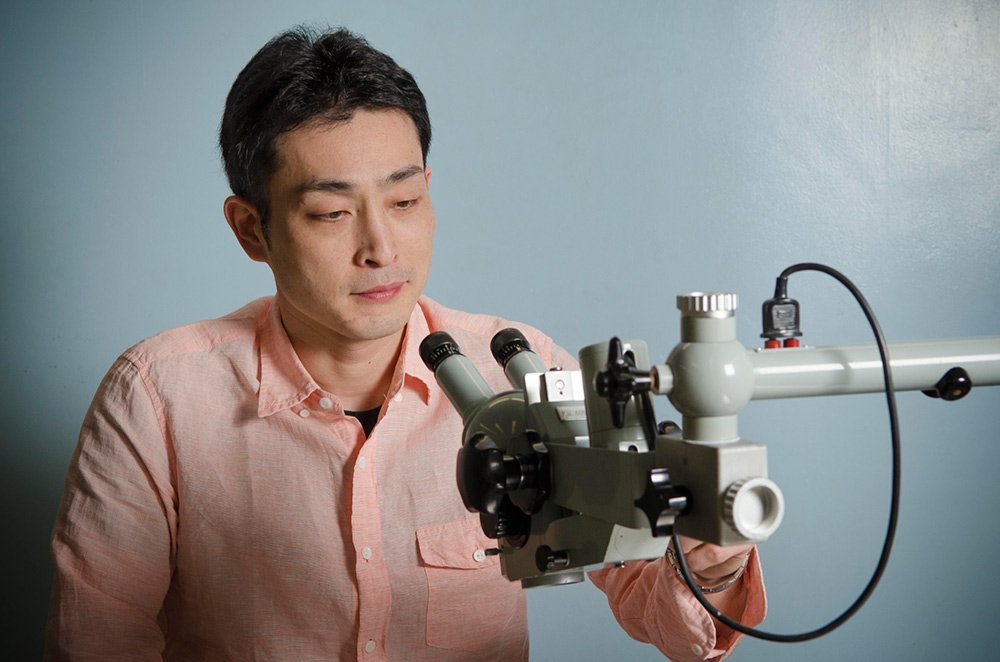