A new multinational study shows that cement acts as a significant carbon dioxide (CO2) sink, one that has hitherto gone unaccounted for in global carbon-cycle analyses.

Drawing upon field surveys conducted in China coupled with a meta-analysis of previous studies done on cement, a team led by Caltech's Zhu Liu found that between 1930 and 2013, weathering of cement absorbed about 4.5 gigatons of carbon (GtC) from atmospheric CO2.

During the same period, the chemical processes used to produce cement emitted 10.4 GtC. (This figure does not include CO2 released from the use of fossil fuels in the cement manufacturing process, which is difficult to accurately quantify. The electricity needed for cement manufacturing is derived from the consumption of various types of fossil fuels, which emit significantly different quantities of CO2.)

Globally, the carbon uptake by cement materials in 2013 was approximately 2.5 percent of the global CO2 emissions from all industrial processes and fossil-fuel combustion in the same year, which is equivalent to 22.7 percent of the average net global forest sink from 1990 to 2007, according to the study.

Cement is produced when carbonate materials such as limestone rocks are subjected to high temperatures, eventually yielding a substance that can be cast into any shape and then hardened to become a load-bearing structure. Part of the process, known as calcination, releases CO2, and this CO2 is included in most budgets of the global carbon cycle. What is ignored, however, is that CO2 is absorbed back into cement as it ages and degrades, through a process called carbonation.

"If you just look at a single year, it's a relatively small amount," says Liu, Resnick Sustainability Institute Prize Postdoctoral Scholar in Applied Physics and Materials Science and the corresponding author of a study on the topic that was published online by Nature Geoscience on November 21. "But the effect is cumulative, as structures made of cement and cement products continue to absorb carbon dioxide throughout their lifetimes. We show that over the span of 80 years, it represents a significant carbon sink."

It may also make cement production a smaller source of carbon than is currently thought.

Nearly 80 billion tons of cement were produced between 1930 and 2013, and as the pace of construction has picked up in developing nations like China and India, so too have both the production of cement and the amount of carbon sequestered by cement. Liu and his colleagues found that, in China, the total amount of carbon absorbed by cement rose from 30 megatons of carbon (MtC) per year in 1998 to 140 MtC per year in 2013.

Liu's team found that several factors impact how much CO2 is absorbed by cement, including the surface area of the cement, its thickness, how much CO2 it is exposed to, and how long it is exposed. The survey included cement and cement-containing materials like concrete, mortar, and cement kiln dust.

Carbonation of cement is affected by the character of the cement itself, the environment in which the cement exists, and the stage of use of the cement. Liu's survey measured the lifespan, condition, and composition of cement in buildings found throughout China, the United States, and Europe. Back in the lab, the team also quantified the depths to which CO2 was absorbed into concrete and mortar under a variety of environmental conditions.

"It is important to understand and quantify where the carbon dioxide in our atmosphere comes from and goes to, in order to better develop solutions for addressing the global rise in greenhouse gases," Liu says.

Next, Liu plans to investigate the impacts on global carbon budget from total human activities, including cement carbonation and emission, fossil-fuel activities, and other industrial processes. 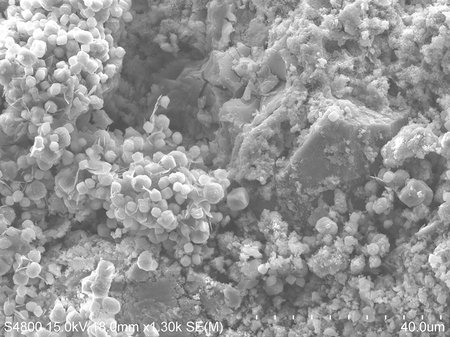 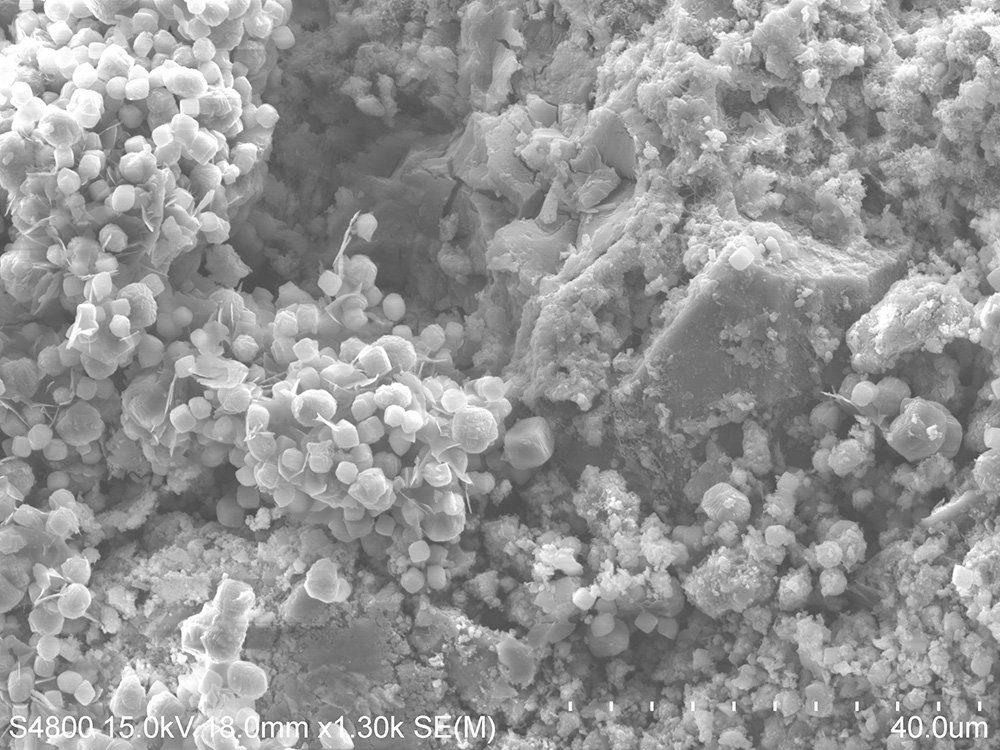