There are numerous things to dislike about going to the doctor: Paying a copay, sitting in the waiting room, out-of-date magazines, sick people coughing without covering their mouths. For many, though, the worst thing about a doctor's visit is getting stuck with a needle. Blood tests are a tried-and-true way of evaluating what is going on with your body, but the discomfort is unavoidable. Or maybe not, say Caltech scientists.

In a new paper published in Nature Biotechnology, researchers led by Wei Gao, assistant professor of medical engineering, describe a mass-producible wearable sensor that can monitor levels of metabolites and nutrients in a person's blood by analyzing their sweat. Previously developed sweat sensors mostly target compounds that appear in high concentrations, such as electrolytes, glucose, and lactate. Gao's sweat sensor is more sensitive than current devices and can detect sweat compounds of much lower concentrations, in addition to being easier to manufacture, the researchers say.

The development of such sensors would allow doctors to continuously monitor the condition of patients with illnesses like cardiovascular disease, diabetes, or kidney disease, all of which result in abnormal levels of nutrients or metabolites in the bloodstream. Patients would benefit from having their physician better informed of their condition, while also avoiding invasive and painful encounters with hypodermic needles.

"Such wearable sweat sensors have the potential to rapidly, continuously, and noninvasively capture changes in health at molecular levels," Gao says. "They could enable personalized monitoring, early diagnosis, and timely intervention."

Gao's work is focused on developing devices based on microfluidics, a name for technologies that manipulate tiny amounts of liquids, usually through channels less than a quarter of a millimeter in width. Microfluidics are ideal for an application of this sort because they minimize the influence of sweat evaporation and skin contamination on the sensing accuracy. As freshly supplied sweat flows through the microchannels, the device can make more accurate measurements of sweat and can capture temporal changes in concentrations.

Until now, Gao and his colleagues say, microfluidic-based wearable sensors were mostly fabricated with a lithography-evaporation process, which requires complicated and expensive fabrication processes. His team instead opted to make their biosensors out of graphene, a sheet-like form of carbon. Both the graphene-based sensors and the tiny microfluidics channels are created by engraving the plastic sheets with a carbon dioxide laser, a device that is now so common that it is available to home hobbyists.

The research team opted to have their sensor measure respiratory rate, heart rate, and levels of uric acid and tyrosine. Tyrosine was chosen because it can be an indicator of metabolic disorders, liver disease, eating disorders, and neuropsychiatric conditions. Uric acid was chosen because, at elevated levels, it is associated with gout, a painful joint condition that is on the rise globally. Gout occurs when high levels of uric acid in the body begin crystallizing in the joints, particularly those of the feet, causing irritation and inflammation. 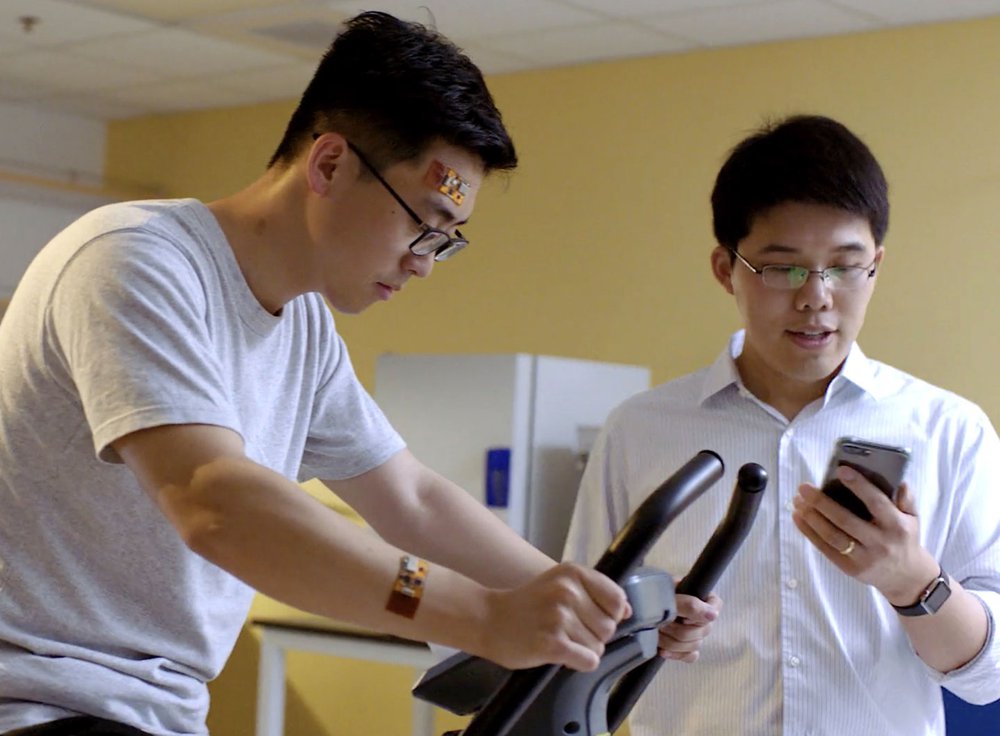 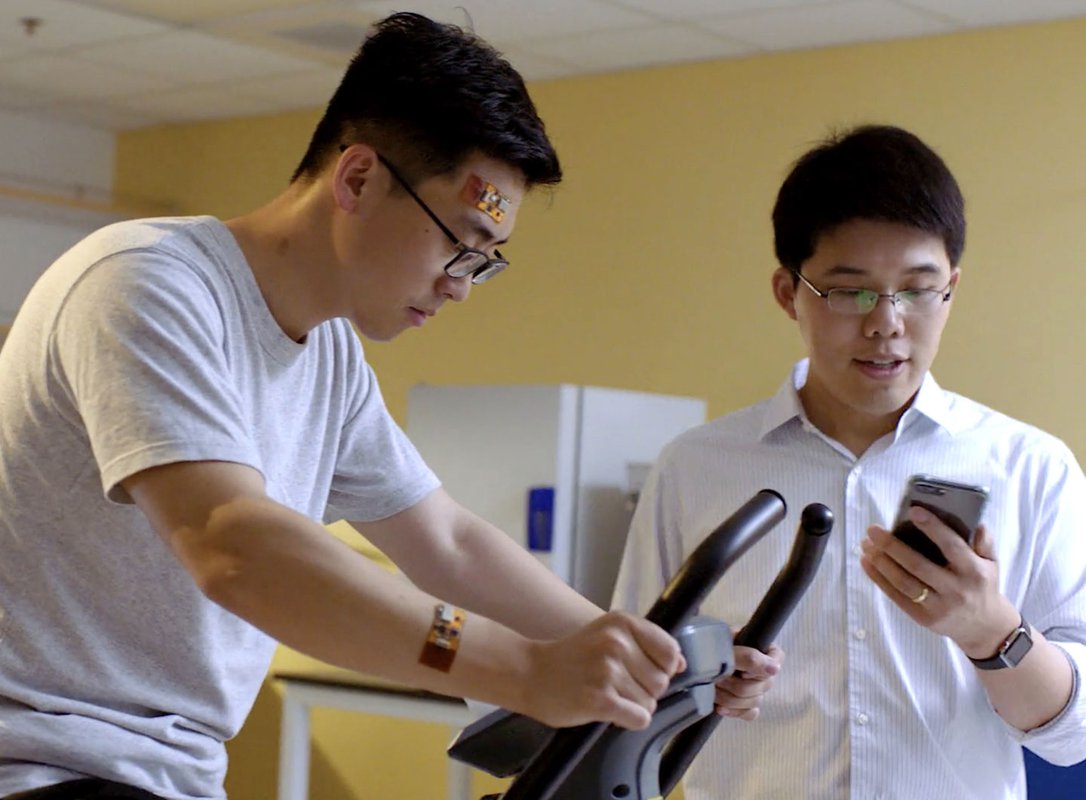 To see how well the sensors performed, the researchers ran a series of tests with healthy individuals and patients. To check sweat tyrosine levels, which are influenced by a person's physical fitness, they used two groups of people: trained athletes and individuals of average fitness. As expected, the sensors showed lower levels of tyrosine in the sweat of the athletes. To check uric acid levels, they took a group of healthy individuals and monitored their sweat while they were fasting as well as after they ate a meal rich in purines, compounds in food that are metabolized into uric acid. The sensor showed uric acid levels rising after the meal. Gao's team also performed a similar test with gout patients. Their uric acid levels, the sensor showed, were much higher than those of healthy people.

To check the accuracy of the sensors, the researchers also drew blood samples from the gout patients and healthy subjects. The sensors' measurements of uric acid levels strongly correlated with levels of the compound in the blood.

Gao says the high sensitivity of the sensors, along with the ease with which they can be manufactured, means they could eventually be used by patients at home to monitor conditions like gout, diabetes, and cardiovascular diseases. Having accurate real-time information about their health could even allow a patient to adjust their own medication levels and diet as required.

"Considering that abnormal circulating nutrients and metabolites are related to a number of health conditions, the information collected from such wearable sensors will be invaluable for both research and medical treatment," Gao says.

Funding for the research was provided by the Rothenberg Innovation Initiative program, the Carver Mead New Adventures Fund, and the American Heart Association.