For Andrew Thompson, assistant professor of environmental science and engineering who joined the Caltech Division of Geological and Planetary Sciences in August, growing up in Rhode Island gave him a natural affinity for the ocean. However it wasn't until the summer before his senior year in college that he realized that he could put his fascination for the sea to good use.

"As a kid, I enjoyed math and physics, but thought oceanography was just about studying fish," says Thompson. While attending a summer program at Woods Hole Oceanographic Institution before his last undergrad year as an engineering student, however, he discovered that wasn't the case. "I learned there that I could do ocean science from a fluid-dynamics standpoint," he says, "and I fell in love with it."

Throughout his studies, he never forgot the project at Woods Hole that first inspired him.

"We looked at the transport of harmful algal blooms that had formed in the Gulf of Maine, which can be a serious economic and public-health problem," remembers Thompson. "The research I do now is actually very similar to that, but working in different regions of the ocean, primarily in the Southern Ocean around Antarctica."

Although Caltech doesn't have a long history of oceanography research, the Institute is striving to look very closely at climate from a holistic viewpoint at the Ronald and Maxine Linde Center for Global Environmental Science, where Thompson will have his lab among other scientists from a broad selection of disciplines. His physical ocean research focuses on eddies in the ocean, which are similar to atmospheric storms except that they happen in the water. They are important for mixing the ocean and transporting heat, chemicals, and biological elements.

"I'm excited to be part of the Linde + Robinson Laboratory, which will bring people together from a wide range of backgrounds," says Thompson. "I think there will be a really good opportunity to broaden the work I've done and look at some of the implications on a larger scale."

While Thompson studies the way sea storms move things around, Victor Tsai, assistant professor of geophysics, is busy measuring the seismic noise produced by the movements of the ocean—partly from the crashing of waves onto the shore.

"My major focus right now is looking at sources of seismic energy other than earthquakes, and one of the biggest sources is ocean waves," he says. The waves create a noticeable seismic signal that can be recorded at seismic stations on the coast and inland. Analyzing this seismic noise helps researchers understand what makes up Earth's crust by tracking how fast the waves travel and how quickly they lose energy as they move through the earth.

Tsai also studies the effect that sea ice has on the seismic noise of ocean waves, which can give clues into how fast the ice is melting. His innovative research incorporates input from numerous fields, including seismology, geomechanics, glaciology, oceanography, and mathematical geophysics.

For Tsai, the new faculty appointment at Caltech is a bit of a homecoming. He earned a BS in geophysics here in 2004. Although he began his undergrad studies as a physics major, his first research project quickly showed Tsai that physics wasn't for him. He switched to geophysics, and his undergrad advisor was renowned seismologist Hiroo Kanamori, who influenced him to take a different look at the field.

"He had a research project for me that looked at atmospheric wave couplings with the solid earth," says Tsai. "That was my first geophysics project, and it was a bit unusual, since most people in the field aren’t looking at anything related to the atmosphere. I really enjoyed it, so I started to look for nontraditional geophysical problems to work on."

After Caltech, Tsai went on to earn an MA and PhD in Earth and planetary sciences at Harvard University. His postdoctoral work included a two-year Mendenhall Postdoctoral Fellowship at the Geological Hazards Science Center of the USGS in Colorado. In addition to seismic noise, Tsai, a member of Caltech's Seismo Lab, studies a wide variety of solid-earth topics, from the role of fluids in fault zones and understanding glacial earthquakes, to mechanical modeling of seismic events and improving current imaging techniques. He thinks the synergistic nature of the faculty here will help support and nourish his unique research interests.

"I really enjoy the way that people interact at Caltech," says Tsai. "Everyone shares ideas and are open to collaboration." 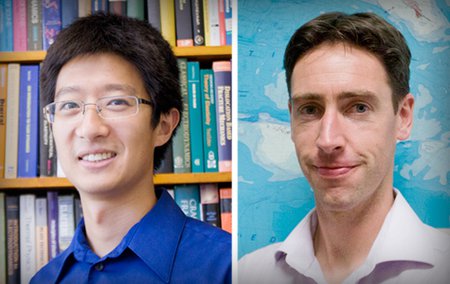 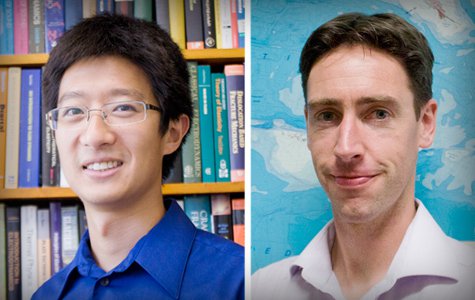