McKoy was born on March 25, 1938, in the British West Indies. After graduating from boarding school, he traveled to Canada to pursue a Bachelor of Science degree at Nova Scotia Technical University, which he received in 1960. He went on to earn his doctorate at Yale in 1964. He joined Caltech as Noyes Research Instructor in Chemistry in 1964, became assistant professor of theoretical chemistry in 1967, an associate professor in 1969, and a full professor in 1975.

McKoy, along with William Goddard (PhD '65), the Charles and Mary Ferkel Professor of Chemistry, Materials Science, and Applied Physics, and the late Aron Kuppermann, professor of chemical physics, emeritus, pioneered the use of computers in chemistry at Caltech, with McKoy renting time on a CDC 6600, which debuted in 1964 and is considered one of the first super computers.

Research he conducted in the 1960s led him to focus on quantum scattering theory, a field of study that seeks to understand how waves and particles scatter after a collision. Some of his early research led him to develop computer code that could simulate electron-molecule collisions. In addition, he worked with colleagues at Caltech and the Fritz Haber Institute to provide evidence that electrons behave as both particles and waves.

For the rest of his career, McKoy continued to study collisions between particles, later focusing on how electrons affect large biomolecules like DNA when they collide with them. Such collisions play a role in DNA damage that causes cancer and cell death, and thus have implications for health and medicine as well as in treatments for cancer. McKoy's research sought to understand the mechanisms at work in these collisions.

Sunney Chan, George Grant Hoag Professor of Biophysical Chemistry, Emeritus, worked with McKoy for many years and remembers him fondly as both a pioneer in his field and a mentor.

"Vince was a great person and I have many fond memories of my associations with him as a colleague and a friend during my forty-four years at Caltech," Chan says. "He taught me much, including super-computing and the importance of parallel processing computing technology on the future development of complex systems and big-time science. He had these ideas during the 1960s, so he was years ahead of the times."

McKoy was named an Alfred P. Sloan Foundation Fellow from 1969 to 1971 and received a Guggenheim Fellowship for Natural Sciences in 1972. He became a fellow of the American Physical Society in 1982. From 1985 to 1987, he served as chair of the Caltech faculty. 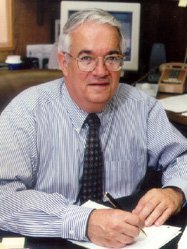 "Vince was a dedicated scholar and teacher who deepened our understanding of theoretical chemistry, pioneered the use of computers at the Institute, and developed fundamental ideas that have had impact across a broad spectrum of the chemical sciences," says Provost David Tirrell. "Vince touched the lives of many at Caltech during his long career at the Institute. His contributions to science are remarkable."

When asked what drew him into the world of science, McKoy replied that he found the laws of nature fascinating and appreciated the elegant way that mathematics explains the physical world. He also enjoyed mentoring and advising new generations of scholars.

Dennis Dougherty, current George Grant Hoag Professor of Chemistry and chair of the Division of Chemistry and Chemical Engineering, notes "Vince was a lovely man, always pleasant to talk to and generous with his time. He was a key component of Caltech's chemical physics powerhouse of the 70s and 80s that pioneered the application of computers to chemistry."

An abbreviated version of this obituary was originally published on November 13, 2020. 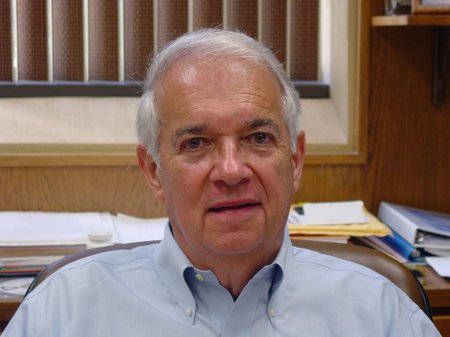