Using underwater robots in the waters surrounding Antarctica, scientists at Caltech have shown that the intersection of strong currents with the slope of landmasses rising from the ocean floor makes a significant contribution to the mixing of different waters in the Southern Ocean. A study on the research was published online in the journal Nature Geoscience on October 30.

To understand the important role of the seafloor in mixing ocean water, imagine a liquid in a blender. Mixing of the liquid does not occur evenly throughout the blender; rather, the liquid blends more rapidly closer to the spinning blades at the bottom than it does at the top. Nevertheless, the strength and speed of the blades determines the degree to which material is mixed throughout the container.

Similarly, in the ocean, global water properties may depend on very localized mixing processes. Researchers are interested in understanding where and how this mixing occurs, as it governs the large-scale circulation of the ocean and its ability to sequester carbon dioxide. (The ocean stores atmospheric carbon dioxide by absorbing it in the surface waters and then, pushing it into the deep ocean at a rate controlled by ocean mixing. The carbon remains in the deep ocean for hundreds to thousands of years before it returns to the surface again.)

"Most global ocean observations acquire measurements in the open ocean or in the top layers of the water, while our research shows that important mixing processes may be occurring in the deep ocean in thin layers over sloping topography," says senior author Andrew Thompson, professor of environmental science and engineering at Caltech.

Thompson and his colleagues deployed two autonomous underwater drones, or "gliders," for a period of eight months over the course of a year and a half in the Southern Ocean, which encircles Antarctica. The team concentrated on the region around Drake Passage, the 1,000-kilometer-wide waterway between Antarctica and South America.

The gliders were able to reach depths of 1,000 meters—nearly scraping the bottom at times. They carry instruments to measure temperature, salinity, the quantity of various nutrients like nitrogen and iron, and other variables. When the gliders come to the surface, they regularly relay this data back to Thompson and his colleagues. In this way, they were able to document strong mixing occurring in thin layers in the waters near the "edges" of the coastline, where ocean currents rub up against the rising continental mass of Antarctica.

"There is growing evidence that topography plays a bigger role in oceanographic mixing than we had previously suspected," says lead author Xiaozhou Ruan, a Caltech graduate student. "While this boundary region represents a small fraction of the ocean, the interaction between water and continental topography plays an outsized role in mixing."

Such mixing has been predicted by high-resolution ocean circulation models, but this is the first time it has been observed directly over a period of many months. Documenting these physical processes and improving our understanding of where and how they arise may improve our ability to simulate the changes in ocean circulation and in Earth's climate in the past and in the future, Thompson and his colleagues say.

Next, the team plans to deploy multiple gliders in the Bellingshausen Sea, located to the west of the Antarctic Peninsula, where ocean processes contribute to the high melting rates of the floating Antarctic ice shelves that buttress the West Antarctic Ice Sheet.

The study is titled "Contribution of topographically generated submesoscale turbulence to Southern Ocean overturning." Co-authors include Mar Flexas, senior research scientist at Caltech, and Janet Sprintall of Scripps Institute of Oceanography at UC San Diego. This research was supported by the National Science Foundation and the David and Lucile Packard Foundation. 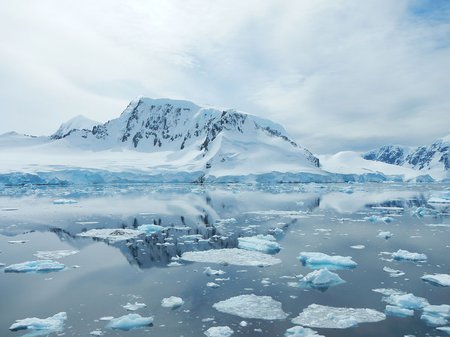 A view of Antarctica, as seen by the researchers from the deck of the Antarctic Research Support Vessel Laurence Gould Credit: Andrew Thompson/Caltech 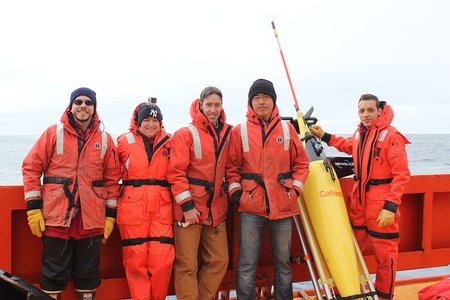 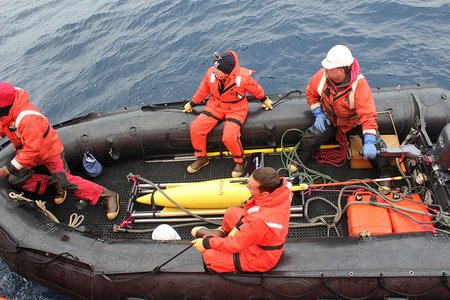 Researchers prepare to deploy a glider. In total, the gliders completed 1,400 dives, to a maximum depth of 1,000 meters. Credit: Andrew Thompson/Caltech 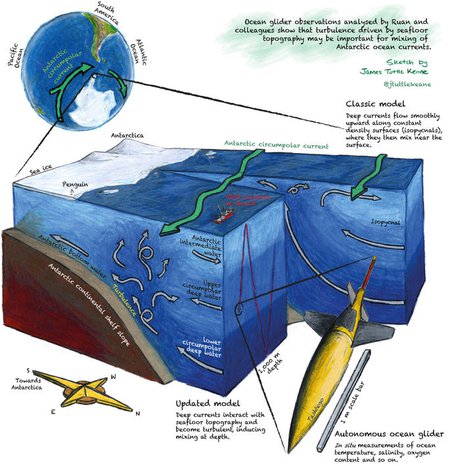 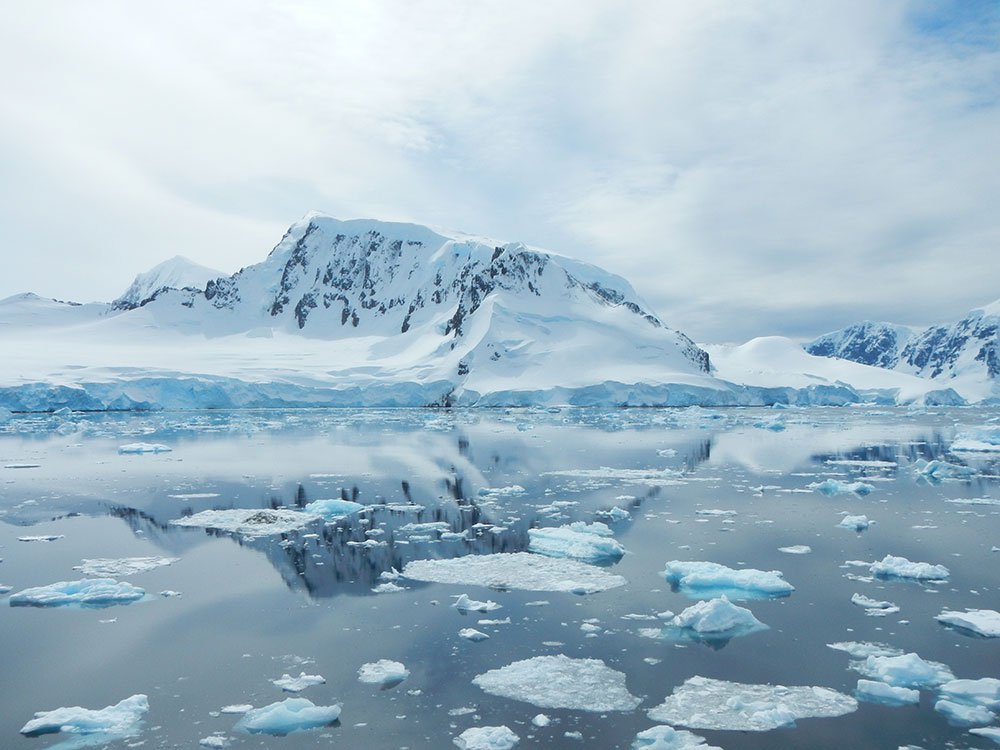 A view of Antarctica, as seen by the researchers from the deck of the Antarctic Research Support Vessel Laurence Gould
Credit: Andrew Thompson/Caltech
Download Full Image 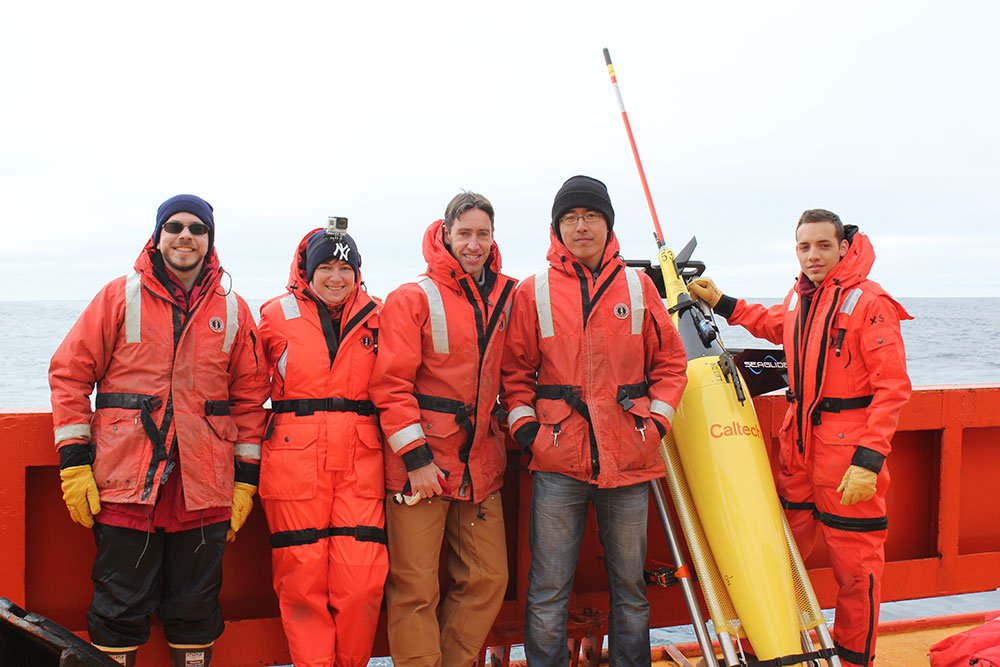 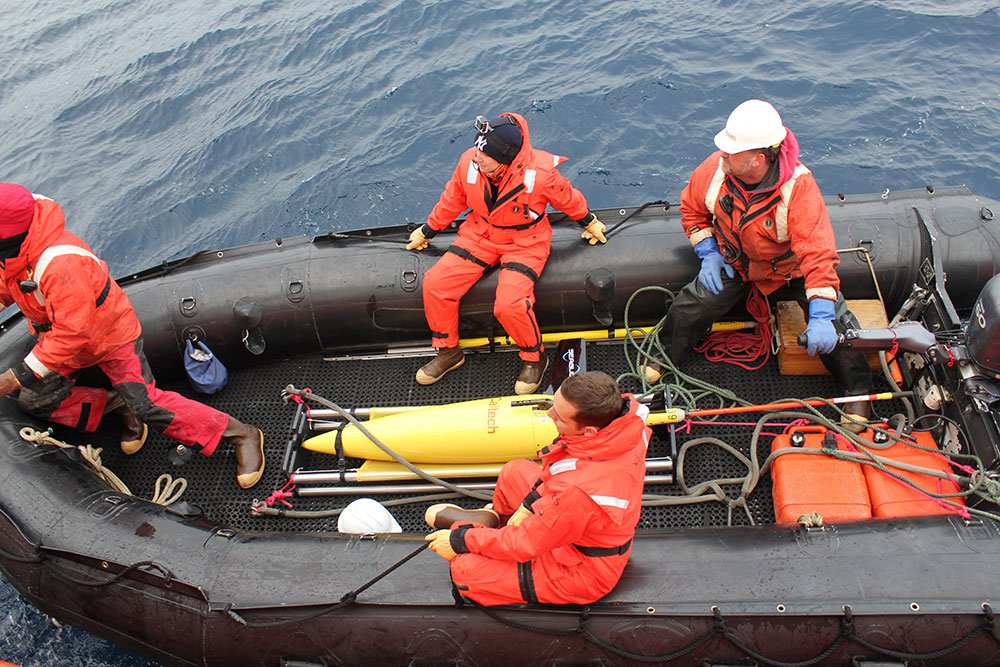 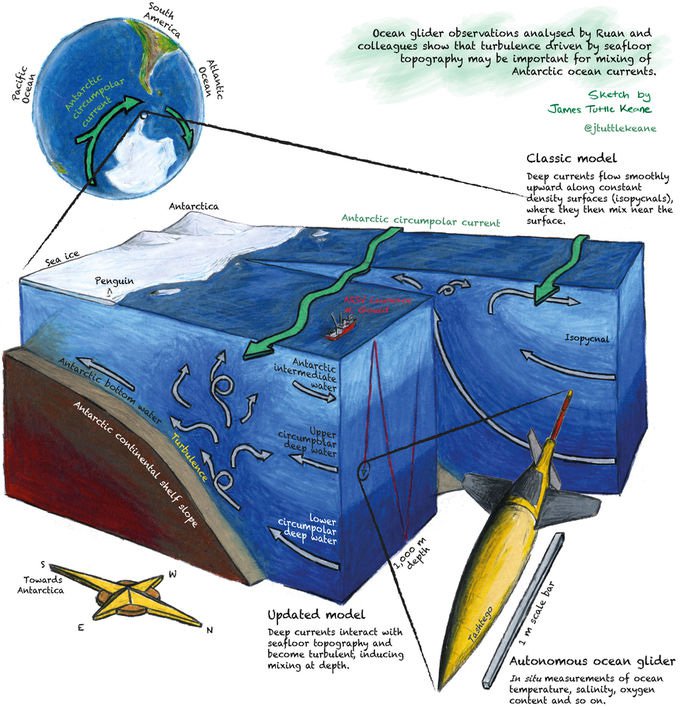