Two Caltech Chemists Elected to the National Academy of Inventors

Caltech chemists Jacqueline K. Barton and David A. Tirrell have been named fellows of the National Academy of Inventors (NAI). According to the NAI, election as a fellow is the "highest professional distinction accorded to academic inventors who have demonstrated a prolific spirit of innovation in creating or facilitating outstanding inventions that have made a tangible impact on quality of life, economic development and the welfare of society."

Barton is the John G. Kirkwood and Arthur A. Noyes Professor of Chemistry and Norman Davidson Leadership Chair of the Division of Chemistry and Chemical Engineering. Her work has focused on the chemical and physical properties of DNA, and their biological ramifications. She first discovered that electrons can move rapidly through the DNA helix as through a wire and went on to find that cells can make use of that property to locate and repair damaged portions of the DNA strand. Among many awards, Barton has received the National Science Foundation's Alan T. Waterman Award, a MacArthur Foundation Fellowship, and the American Chemical Society's Priestley Medal. She received the 2011 National Medal of Science from President Obama. Barton is a member of the National Academy of Sciences (NAS), the National Academy of Medicine, the American Academy of Arts and Sciences (AAAS) as well as the American Philosophical Society.

Tirrell, Caltech's provost and Carl and Shirley Larson Provostial Chair, is the Ross McCollum-William H. Corcoran Professor of Chemistry and Chemical Engineering. His work crosses the boundaries of chemistry, biology, and materials science. He has researched the genetic code and how artificial genes can be used to create artificial proteins with useful properties. A fellow of the AAAS, Tirrell is one of only a handful of people to have been elected to the NAS, the National Academy of Engineering, and the National Academy of Medicine (called the Institute of Medicine at the time of his election). He has also received the Harrison Howe, S. C. Lind, and Madison Marshall Awards of the American Chemical Society, among other honors.

The NAI's 2018 class of fellows includes three Nobel Prize winners, 59 members of the National Academies, and 43 fellows of the American Association for the Advancement of Science. Collectively, they are the named inventors of nearly 4,000 U.S. patents. 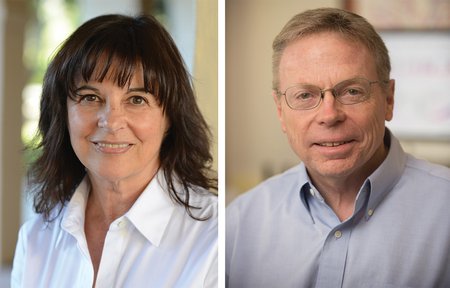 Jacqueline Barton (left) and David Tirrell (right) have been named as fellows of the National Academy of Inventors (NAI). Credit: Caltech
Image Lightbox 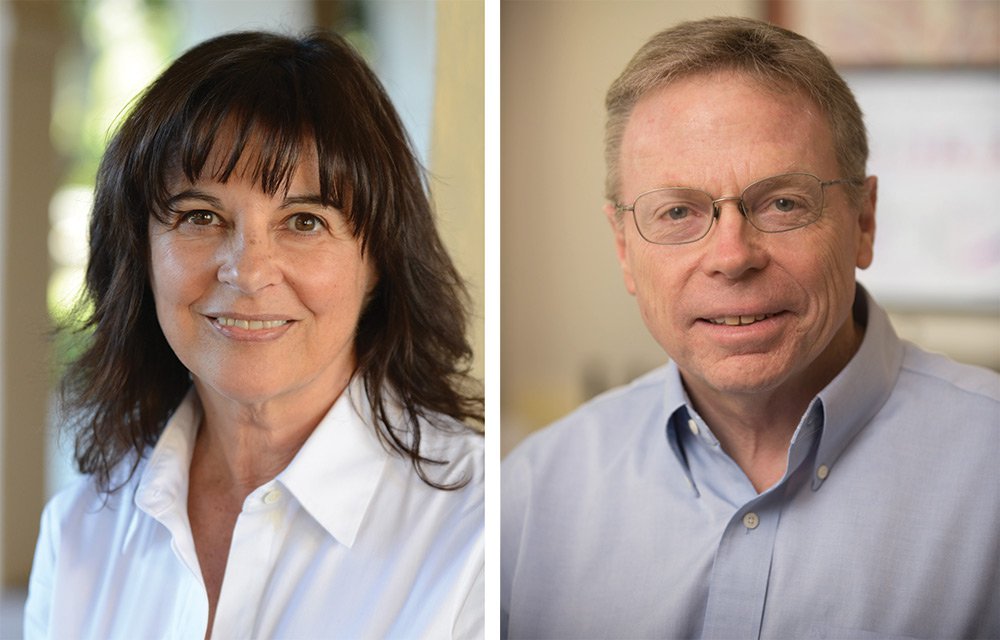