Watching plants perform photosynthesis from space sounds like a futuristic proposal, but a new application of data from NASA's Orbiting Carbon Observatory-2 (OCO-2) satellite may enable scientists to do just that. The new technique, which allows researchers to analyze plant productivity from far above Earth, will provide a clearer picture of the global carbon cycle and may one day help researchers determine the best regional farming practices and even spot early signs of drought.

When plants are alive and healthy, they engage in photosynthesis, absorbing sunlight and carbon dioxide to produce food for the plant, and generating oxygen as a by-product. But photosynthesis does more than keep plants alive. On a global scale, the process takes up some of the man-made emissions of atmospheric carbon dioxide—a greenhouse gas that traps the sun's heat down on Earth—meaning that plants also have an important role in mitigating climate change.

To perform photosynthesis, the chlorophyll in leaves absorbs sunlight—most of which is used to create food for the plants or is lost as heat. However, a small fraction of that absorbed light is reemitted as near-infrared light. We cannot see in the near-infrared portion of the spectrum with the naked eye, but if we could, this reemitted light would make the plants appear to glow—a property called solar induced fluorescence (SIF). Because this reemitted light is only produced when the chlorophyll in plants is also absorbing sunlight for photosynthesis, SIF can be used as a way to determine a plant's photosynthetic activity and productivity.

"The intensity of the SIF appears to be very correlated with the total productivity of the plant," says JPL scientist Christian Frankenberg, who is lead for the SIF product and will join the Caltech faculty in September as an associate professor of environmental science and engineering in the Division of Geological and Planetary Sciences.

Usually, when researchers try to estimate photosynthetic activity from satellites, they utilize a measure called the greenness index, which uses reflections in the near-infrared spectrum of light to determine the amount of chlorophyll in the plant. However, this is not a direct measurement of plant productivity; a plant that contains chlorophyll is not necessarily undergoing photosynthesis. "For example," Frankenberg says, "evergreen trees are green in the winter even when they are dormant."

He adds, "When a plant starts to undergo stress situations, like in California during a summer day when it's getting very hot and dry, the plants still have chlorophyll"—chlorophyll that would still appear to be active in the greenness index—"but they usually close the tiny pores in their leaves to reduce water loss, and that time of stress is also when SIF is reduced. So photosynthesis is being very strongly reduced at the same time that the fluorescence signal is also getting weaker, albeit at a smaller rate."

The Caltech and JPL team, as well as colleagues from NASA Goddard, discovered that they could measure SIF from orbit using spectrometers—standard instruments that can detect light intensity—that are already on board satellites like Japan's Greenhouse Gases Observing Satellite (GOSAT) and NASA's OCO-2.

In 2014, using this new technique with data from GOSAT and the European Global Ozone Monitoring Experiment–2 satellite, the researchers scoured the globe for the most productive plants and determined that the U.S. "Corn Belt"—the farming region stretching from Ohio to Nebraska—is the most photosynthetically active place on the planet. Although it stands to reason that a cornfield during growing season would be actively undergoing photosynthesis, the high-resolution measurements from a satellite enabled global comparison to other plant-heavy regions—such as tropical rainforests.

"Before, when people used the greenness index to represent active photosynthesis, they had trouble determining the productivity of very dense plant areas, such as forests or cornfields. With enough green plant material in the field of view, these greenness indexes can saturate; they reach a maximum value they can't exceed," Frankenberg says. Because of the sensitivity of the SIF measurements, researchers can now compare the true productivity of fields from different regions without this saturation—information that could potentially be used to compare the efficiency of farming practices around the world.

Now that OCO-2 is online and producing data, Frankenberg says that it is capable of achieving higher resolution than the preliminary experiments with GOSAT. Therefore, OCO-2 will be able to provide an even clearer picture of plant productivity worldwide. However, to get more specific information about how plants influence the global carbon cycle, an evenly distributed ground-based network of spectrometers will be needed. Such a network—located down among the plants rather than miles above—will provide more information about regional uptake of carbon dioxide via photosynthesis and the mechanistic link between SIF and actual carbon exchange.

The new ground-based measurements will ideally take place at existing FLUXNET sites, but they will be performed with a small set of high-resolution spectrometers—similar to the kind that OCO-2 uses—to allow the researchers to use the same measurement principles they developed for space. The revamped ground network was initially proposed in a 2012 workshop at the Keck Institute for Space Studies and is expected to go online sometime in the next two years.

In the future, a clear picture of global plant productivity could influence a range of decisions relevant to farmers, commodity traders, and policymakers. "Right now, the SIF data we can gather from space is too coarse of a picture to be really helpful for these conversations, but, in principle, with the satellite and ground-based measurements you could track the fluorescence in fields at different times of day," he says. This hourly tracking would not only allow researchers to detect the productivity of the plants, but it could also spot the first signs of plant stress—a factor that impacts crop prices and food security around the world.

"The measurements of SIF from OCO-2 greatly extend the science of this mission", says Paul Wennberg, R. Stanton Avery Professor of Atmospheric Chemistry and Environmental Science and Engineering, director of the Ronald and Maxine Linde Center for Global Environmental Science, and a member of the OCO-2 science team. "OCO-2 was designed to map carbon dioxide, and scientists plan to use these measurements to determine the underlying sources and sinks of this important gas. The new SIF measurements will allow us to diagnose the efficiency of the plants—a key component of the sinks of carbon dioxide."

By using OCO-2 to diagnose plant activity around the globe, this new research could also contribute to understanding the variability in crop primary productivity and also, eventually, the development of technologies that can improve crop efficiency—a goal that could greatly benefit humankind, Frankenberg says.

This project is funded by the Keck Institute for Space Studies and JPL. Wennberg is also an executive officer for the Environmental Science and Engineering (ESE) program. ESE is a joint program of the Division of Engineering and Applied Science, the division of Chemistry and Chemical Engineering, and the Division of Geological and Planetary Sciences. 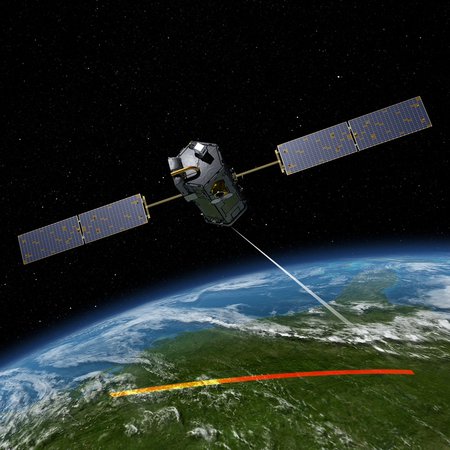 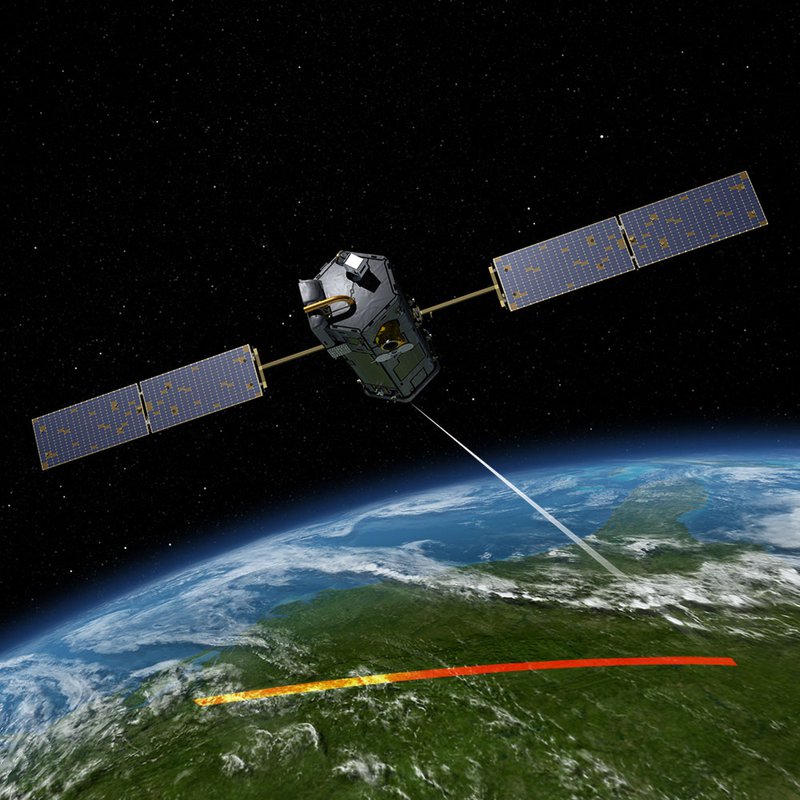