A new type of "quasiparticle" theorized by Caltech's Gil Refael, a professor of theoretical physics and condensed matter theory, could help improve the efficiency of a wide range of photonic devices—technologies, such as optical amplifiers, solar photovoltaic cells, and even barcode scanners, which create, manipulate, or detect light.

Electrons traveling through the semiconductors used in modern computers lose energy via heat because of resistance. This is not the case with light signals, but there can be other causes of signal loss in light transmission, such as unwanted reflection and scattering of photons, or light particles. Refael says that a type of quasiparticle called the "topolariton" could reduce such signal degradation and enhance the stability of the photons as they move along the edges of semiconductors. He described topolaritons and their properties in a paper published in the July 2015 issue of the journal Physical Review X.

Refael's work at Caltech concentrates on quantum aspects of matter, including quantum entanglement (in which quantum particles share behaviors regardless of distance), quantum computing, and the emergence and control of new quantum states.

Quasiparticles such as the topolariton are entities that exhibit some, but not all, of the characteristics of elementary particles like the electrons and quarks that make up atoms. They are classified as emergent phenomena—those that arise from the dynamical behavior of a system—and they exist only inside solid materials. Some examples of quasiparticles include phonons ("packets" of atoms or molecules vibrating collectively), solitons (solitary wave packets or pulses that retain their shape while moving at a constant velocity), and excitons (formed when an electron binds with an electron hole, or the void left when an electron departs a valence orbital). The interaction of photons with excitons can form another quasiparticle called the polariton.

During a workshop at the National Science Foundation (NSF)-sponsored Institute for Quantum Information (now the Institute for Quantum Information and Matter) in 2010, Refael and two colleagues came up with the idea for the topolariton, a type of polariton with the ability to flow in one direction along the edges of semiconducting quantum wells embedded in optical cavities. The quantum well and the cavity confine electrons and photons to motion within a single plane. "We suggested that you could take a simple semiconductor and a regular quantum well, and give rise to a special excitation, which is a hybrid of a photon and an electron-hole pair," that is, of a polariton. "Shining light at the frequency can kick an electron out of the balance and initiate a polariton that travels exclusively on the edge of the system. The light–matter interaction, in this case, produces so-called topological quantum states that are not there in each of the components."

Because topolaritons are part matter and part light, they could be guided and controlled with reflectors or with photonic band-gaps—regions in the optical medium through which photons cannot travel. Furthermore, the direction of a topolariton's motion could be reversed by the application of a magnetic field. "This would be like a one-way filter for light, providing a directional communication with minimum losses of energy," he says.

Photonic devices are currently in widespread use, and are expected to eventually replace traditional semiconductors in many applications. They are more efficient and accurate, work better over long distances, and save energy. They are also less prone to interference from outside influences such as electromagnetic fields. Exploiting toploaritons into such devices should lead to further improvements in their performance.

Evolving from theory to practical applications, however, may be a rather long process, Refael admits. "We'll need to create some new interfaces between the photonic world and the electronic world," he says. "One challenge is making one-way photon wave-guides for visible light. The topolaritons provide a route to such devices using standard semi-conductor technology, and can also act as an intermediary between photonic and electron-based devices—a necessary step for any optoelectronic device." 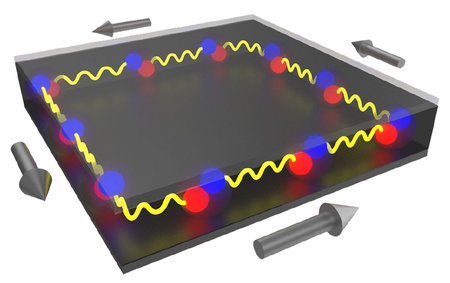 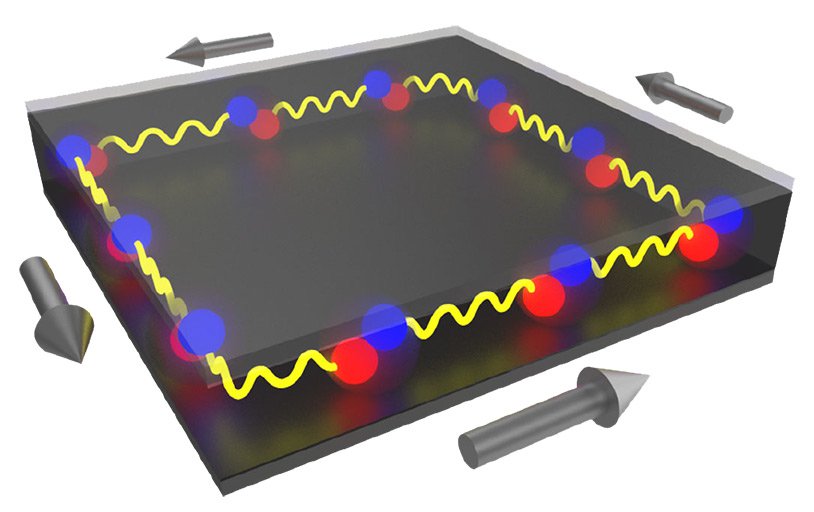