Tools and Techniques to Track and Study Methane

How do you find, track, and quantify the release of a colorless and odorless gas?

Methane is less prevalent in the atmosphere than fellow greenhouse gas carbon dioxide (CO2), but it presents more difficult challenges for researchers attempting to study it.

Most producers of CO2 can easily estimate their carbon footprint—eliminating the need for close tracking. For example, power plants burning fossil fuels know, to a high degree of accuracy, how much CO2 is produced by their operations. Furthermore, the sources of CO2 are easy to pin down. The CO2 produced by burning coal in a furnace is spewed out the attached smokestack.

Methane emissions, by contrast, are more difficult to quantify, in part because they come from sources like leaky pipelines shipping natural gas, fermenting vegetable matter inside the stomachs of cattle, and decomposing trash in landfills. These sources are considered "messy" by researchers because numerous variables govern just how much methane they will release, and where. For example, the amount of methane produced by the decomposition of trash in a landfill depends on the type of material in the landfill and local environmental conditions. Further, the source of the emissions can be difficult to pin down given the large area a landfill can cover.

Wennberg, who is also the director of The Ronald and Maxine Linde Center for Global Environmental Science, is working with colleagues across the Institute—scientists and engineers alike—to study methane and its effects on the globe and to pioneer tools and techniques needed to identify, track, and characterize the gas and its sources.

A methane molecule is made up of one carbon atom surrounded by four hydrogen atoms. However, not all methane is created equal. Elements typically have multiple isotopic forms. Isotopes are atoms of the same element that differ in the number of neutrons in their nuclei. Carbon, for example, has three isotopes: carbon-12, carbon-13, and the radioactive carbon-14. Carbon-12, with six neutrons in addition to six protons, accounts for nearly 99 percent of carbon atoms. The far less prevalent C-13 has seven neutrons; C-14, eight. Likewise, hydrogen comes in three isotopic forms. By far the most common, accounting for 99.98 percent of hydrogen atoms, is hydrogen-1, or protium, which has just a single proton. Hydrogen-2, or deuterium, has a proton and a neutron; radioactive hydrogen-3, tritium, has a proton and two neutrons. Because neutrons have mass, each of these isotopes has a different weight.

A given molecule of methane, then, can have any one of the three isotopes of carbon and various combinations of isotopes of hydrogen—giving various molecules of methane different weights. Determining this isotopic composition creates an ever-more granular description of a given methane molecule, says John Eiler, Caltech's Robert P. Sharp Professor of Geology and professor of geochemistry.

"A good metaphor is a fingerprint," Eiler says. "If I'm only able to observe one or two forms of a molecule it would be as though your thumbprint had only one or two lines on it. If that were the case, no court in the world would convict you based on seeing one or two squiggly lines on something that you stole." With the hundreds of uniquely patterned lines of a full fingerprint, however, a court might think differently.

Eiler's lab uses a mass spectrometer to obtain this full fingerprint, sifting out ions based on weight and then quantifying the different isotopes they find. The team uses this technique to explore a variety of topics from the cycling of hydrogen through the earth's interior to the geochemical cycles of water on planetary bodies other than the earth.

With isotopic fingerprints of methane, Eiler can determine the origin of a given sample, for example by comparing the ratio of carbon-13 to carbon-12 in parts per thousand, a figure known as the δ13C, pronounced "delta thirteen C." The lower the number, the more carbon-12—and, therefore, the lighter the sample. For example, isotopically light methane typically comes from decaying plant matter, while methane released from geological sources tends to be heavier.

Understanding the sources of methane helps researchers develop a deeper knowledge of the processes that generate methane, in addition to helping to pin down methane sources in the atmosphere and track subsurface sources of combustible natural gas.

Of course, to characterize methane, first you have to be able to find it. In a proof-of-concept study conducted this past summer, Christian Frankenberg, who has a joint appointment as an associate professor of environmental science and engineering at Caltech and a research scientist at JPL, led an effort to pinpoint methane plumes in the Four Corners region of the United States using low-flying aircraft.

The methane hot spot in the Four Corners region was initially detected by Eric Adam Kort of the University of Michigan, along with Frankenberg and colleagues, using observations made by a European satellite, SCIAMACHY. Following up on that observation, a collaboration of researchers from JPL/NASA joined the Twin Otter Projects Defining Oil/gas Well emissioNs (TOPDOWN) campaign to probe the region with two aircraft flying one to three kilometers above the ground. The aircraft were equipped with thermal and short-wave to near-infrared spectrometers. These instruments are used to identify and quantify methane and other molecules.

The spectrometers were originally developed to study the chemical and physical properties of the earth's surface (rocks, soil, and vegetation) remotely. However, they proved to be sensitive enough to pinpoint sources of methane to within three meters.

"We basically misuse spectrometers for what they were never meant to do," says Frankenberg. "It's a really lucky coincidence that they work."

More than 250 individual methane sources were detected in the Four Corners study. Ten percent of those sources—which turned out to be mainly pipelines leaking natural gas—were responsible for half of the emissions. Identifying and tracking down these leaks, Frankenberg says, is a win-win for both the environment and the energy industry, as curbing leaks will both decrease the emission of greenhouse gases and reduce drains on energy suppliers' profits.

Frankenberg's study showed that methane plumes could be spotted via aerial scans. His work, published in the Proceedings of the National Academy of Science on August 15, opens the door to future aerial methane surveys.

"What we want going forward is improved resolution. Narrower absorption lines and tighter geographic focus," which would help pin down the location and isotopic fingerprint of methane, he says.

At the forefront of spectroscopic technology is dual-comb spectroscopy.

Spectroscopy relies on the fact that atoms absorb and emit light at different wavelengths.

The key component of dual-comb systems is the device required to generate those optical pulse streams, which is currently bulky and expensive and therefore not the sort of tool that can be affordably flown on aircraft for surveys like TOPDOWN.

Enter Kerry Vahala, the Ted and Ginger Jenkins Professor of Information Science and Technology and professor of applied physics, who has paved the way for the miniaturization of high-resolution spectrometers.

Vahala had previously developed a circular optical resonator capable of generating and storing pulses of light called solitons—localized waves that act like particles. As solitons travel across space, they hold their shape rather than dispersing like other waves. The solitons race around the circular resonator, triggering an emitted pulse of light every time they pass a certain location on the circuit.

As such, Vahala had the means to create multiple optical-pulse generators, each the size of a microchip.

"Ideally, a hand-held dual-comb spectroscopy system could be field deployed. However, current systems are too large and bulky. So we replaced the traditional optical-pulse generator with a soliton-based system that can be miniaturized," he says.

Vahala's new soliton-based system was unveiled in the journal Science on October 9—and is the basis for a new collaboration with Frankenberg to apply the dual-comb spectrometer to methane tracking and analysis.

"This is what we do at Caltech," says Wennberg of the new project. "We unite researchers from engineering and the sciences and use their disparate expertise to tackle big problems from new angles." 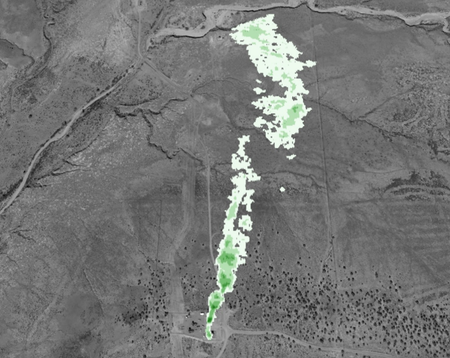 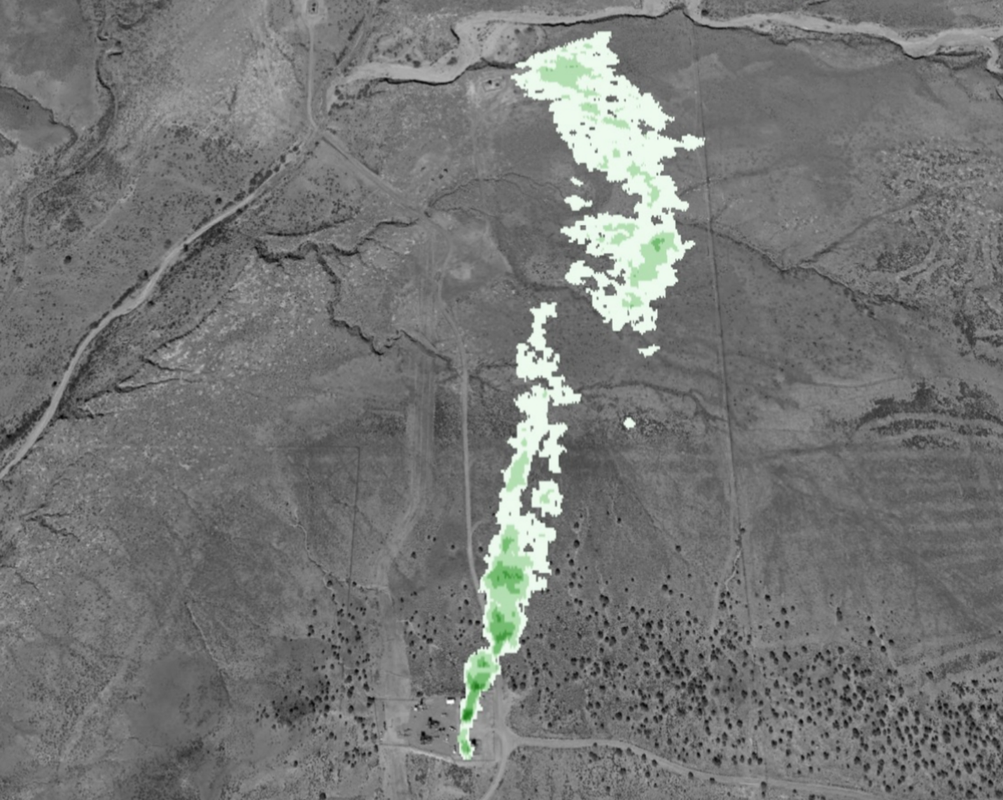