Thinking Small: New Ideas in the Search for Dark Matter

Since the 1980s, researchers have been running experiments in search of particles that make up dark matter, an invisible substance that permeates our galaxy and universe. Coined dark matter because it gives off no light, this substance, which constitutes more than 80 percent of matter in our universe, has been shown repeatedly to influence ordinary matter through its gravity. Scientists know it is out there but do not know what it is.

So researchers at Caltech, led by Kathryn Zurek, a professor of theoretical physics, have gone back to the drawing board to think of new ideas. They have been looking into the possibility that dark matter is made up of "hidden sector" particles, which are lighter than particles proposed previously, and could, in theory, be found using small, underground table-top devices. In contrast, scientists are searching for heavier dark matter candidates called WIMPs (weakly interacting massive particles) using large-scale experiments such as XENON, which is installed underground in a 70,000-gallon tank of water in Italy.

"Dark matter is always flowing through us, even in this room" says Zurek, who first proposed hidden sector particles over a decade ago. "As we move around the center of the galaxy, this steady wind of dark matter mostly goes unnoticed. But we can still take advantage of that source of dark matter, and design new ways to look for rare interactions between the dark matter wind and the detector."

In a new paper accepted for publication in the journal Physical Review Letters, the physicists outline how the lighter-weight dark matter particles could be detected via a type of quasiparticle known as a magnon. A quasiparticle is an emergent phenomenon that occurs when a solid behaves as if it contains weakly interacting particles. Magnons are a type of quasiparticle in which electron spins—which act like little magnets—are collectivity excited. In the researchers' idea for a table-top experiment, a magnetic crystalized material would be used to look for signs of excited magnons generated by dark matter.

"If the dark matter particles are lighter than the proton, it becomes very difficult to detect their signal by conventional means," says study author Zhengkang (Kevin) Zhang, a postdoctoral scholar at Caltech. "But, according to many well-motivated models, especially those involving hidden sectors, the dark matter particles can couple to the spins of the electrons, such that once they strike the material, they will induce spin excitations, or magnons. If we reduce the background noise by cooling the equipment and moving it underground, we could hope to detect magnons generated solely by dark matter and not ordinary matter."

Such an experiment is only theoretical at this point but may eventually take place using small devices housed underground, likely in a mine, where outside influences from other particles, such as those in cosmic rays, can be minimized.

One telltale sign of a dark matter detection in the table-top experiments would be changes to the signal that depend on the time of day. This is due to the fact that the magnetic crystals that would be used to detect the dark matter can be anisotropic, meaning that the atoms are naturally arranged in such a way that they tend to interact with the dark matter more strongly when the dark matter comes in from certain directions.

The researchers have other ideas about how dark matter may reveal itself, in addition to through magnons. They have proposed that the lighter dark matter particles could be detected via photons as well as with another type of quasiparticle called a phonon, which is caused by vibrations in a crystal lattice. Preliminary experiments based on photons and phonons are underway at UC Berkeley, where the team was based prior to Zurek joining the Caltech faculty in 2019. The researchers say that the use of these multiple strategies to look for dark matter is crucial because they complement each other and would help confirm each other's results.

"We're looking into new ways to look for dark matter because, given how little we know about dark matter, it's worth considering all the possibilities," says Zhang.

The study, titled, "Detecting Light Dark Matter with Magnons," was funded by the Department of Energy (DOE) and the National Science Foundation (NSF). Another co-author of the study is Tanner Trickle, a graduate student at UC Berkeley.

Caltech physicists are designing new ways to detect dark matter using magnons, which are quasiparticles that arise when electron spins—which act like little magnets—are collectivity excited. In this scheme, a magnetic crystal material would be used to look for signs of excited magnons generated by dark matter. Credit: Caltech/ Zhengkang "Kevin" Zhang 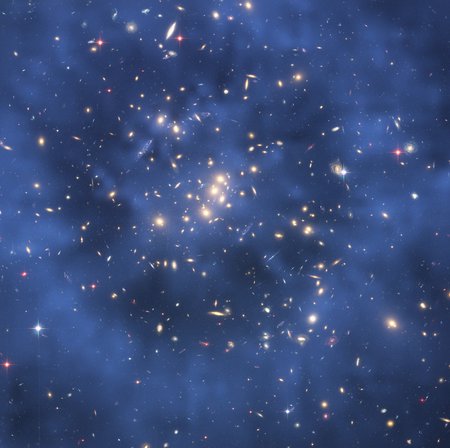 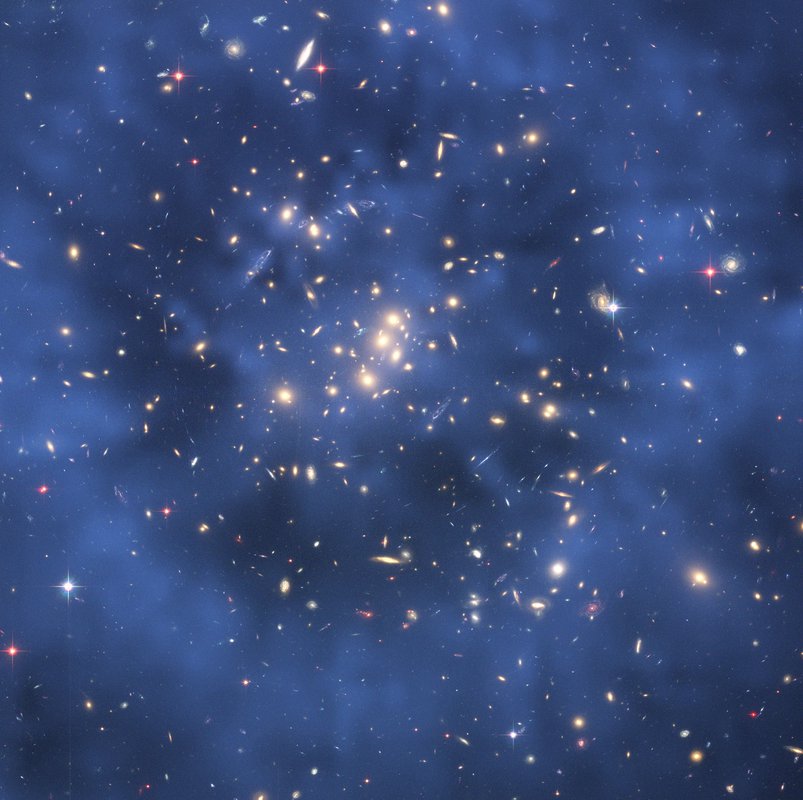