Steven C. Frautschi, professor of theoretical physics, emeritus, at Caltech, has been awarded the Richard P. Feynman Prize for Excellence in Teaching—Caltech's most prestigious teaching honor.

Named after Caltech physicist Richard P. Feynman, the prize is awarded annually to a Caltech professor "who demonstrates, in the broadest sense, unusual ability, creativity, and innovation in undergraduate and graduate classroom or laboratory teaching."

Frautschi has won three ASCIT (Associated Students of the California Institute of Technology) teaching awards during his time at Caltech. Since his retirement from full-time teaching in 2006, Frautschi has continued on at Caltech as a teaching assistant for the freshman Physics 1 class in classical mechanics and electromagnetism. As Frautschi explains, "There is a long tradition of having at least some of the sections in freshman physics taught by Caltech professors. I've just stepped into that tradition. I love the material in basic physics and how it affects so many things in the world around us, and I like the continued contact with young people very much."

Caltech students are as enthusiastic about Professor Frautschi as he is about teaching. Frautschi is credited by several students with pulling them through physics when they thought they would fail. Students describe Frautschi as "amazing," "awesome," and "beyond helpful." They enjoy his "use of uncommon real-world examples" along with his "awesome Converse shoes," and they say "learning from him is a blast." Others go even further. A biology major confesses, "I used to absolutely hate physics because I thought it was too difficult and useless, but Frautschi really clarified my understanding and sparked my interest in physics." Now, says this student, "I wouldn't be opposed to being a physics major solely because of him." Another student says simply, "I want to be like Professor Frautschi when I grow up."

Those are big shoes to fill. Frautschi, raised in Wisconsin, matriculated at Harvard when he was only 16 years old. "I had a wonderful time at Harvard," says Frautschi. "To me it was like a large cookie jar full of wonderful goodies to dip into." He studied physics and math there but has fond memories of auditing classes in art history and geology as well. After college, Frautschi won a Harvard fellowship to spend a year traveling through the Near East and Europe, where he enjoyed "a great many operas among other things." Graduate school followed at Stanford University, where Frautschi concluded that theory, rather than experiment, would be his forte in physics. After Stanford, Frautschi pursued postdoctoral fellowships at the Hideki Yukawa Institute for Theoretical Physics in Kyoto and at UC Berkeley.

Frautschi's eventual move to Caltech was initiated when Murray Gell-Mann (later a Nobel Prize winner and now the Robert Andrews Millikan Professor of Theoretical Physics, Emeritus) visited Berkeley in 1961, just as Frautschi's postdoctoral work on strongly interacting particles was concluding. As Frautschi remembers it, "One evening at home, I got a phone call from one of the other postdocs. He said, 'You must come to the radiation laboratory tomorrow, because Gell-Mann is asking questions, and we can't answer them.'" Fortunately, Frautschi had been considering the problems Gell-Mann asked about, and the two ended up collaborating while Frautschi began an assistant professorship at Cornell University. Within the year, Frautschi was invited to join the faculty at Caltech.

"At that time, Feynman and Gell-Mann were active, and there were wonderful students also, so coming to Caltech was a very attractive opportunity," says Frautschi. Frautschi actually knew the prize's namesake personally and had the opportunity to watch him teach. Frautschi remembers attending a graduate course Feynman taught on the quantum theory of gravity during the 1960s; he also remembers Feynman's "famous sessions with the undergrads, where he would entertain any question whatsoever. This was utterly remarkable to me. I've never heard of another professor who did this. The students regarded Feynman as their patron saint at Caltech, and the reputation is quite deserved."

Frautschi's reputation as a teacher is equally well deserved. In addition to his current work as a teaching assistant and his regular teaching commitments over the years, Frautschi participated in Caltech's 52-episode television course The Mechanical Universe, prepared in the 1980s by David Goodstein, the Frank J. Gilloon Distinguished Teaching and Service Professor, Emeritus. Frautschi is lead author of the textbook of the same title that is still in use today for freshman physics courses at Caltech.

Frautschi's love of opera, discovered while traveling in Europe in his early 20s, was another experience he shared with his students at Caltech, especially during his tenure as Master of Student Houses from 1997 to 2002. "With a boost from Beverly Sills in New York, it had become standard to put supertitles above the stage during the opera so that you could actually follow what's going on, line by line. I thought we'd get just a few students the first time I set up a trip to the opera," says Frautschi, "but we've had up to 40 at times." Since the construction of Walt Disney Concert Hall, Frautschi takes it upon himself to regularly escort Caltech students to concerts there.

Frautschi and his wife, Mie, are both music lovers, and they raised two daughters who became professional violinists. They purchased a condo in Aspen, Colorado, at first to be near the Aspen Center for Physics, and later for their daughters to be near the Aspen Music Festival. They have since donated their condo to Caltech to fund rehearsal space for Caltech's band and orchestra on the second floor of the Winnett Center as part of the larger renovation project for this building.

As the official citation for the Feynman Prize states, "anyone familiar with Steven knows his recent work in Physics 1 is just the latest stage" in what has been a long history of "passion for teaching and service to student life. He set these priorities long ago and has maintained a level of focus and energy that is astonishing."

The Feynman Prize has been endowed through the generosity of Ione and Robert E. Paradise and an anonymous local couple. Some of the most recent winners of the Feynman Prize include Paul Asimow, professor of geology and geochemistry; Morgan Kousser, the William R. Kenan, Jr., Professor of History and Social Science; and Dennis Dougherty, the George Grant Hoag Professor of Chemistry.

Nominations for next year's Feynman Prize for Excellence in Teaching will be solicited in the fall.  Further information about the prize can be found on the Provost's Office website. 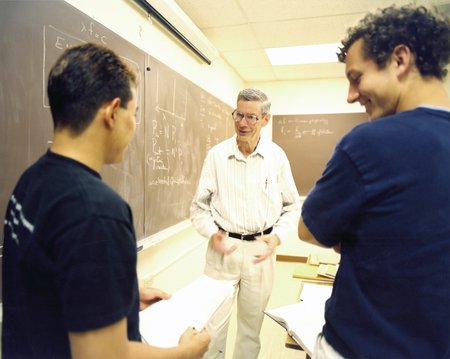 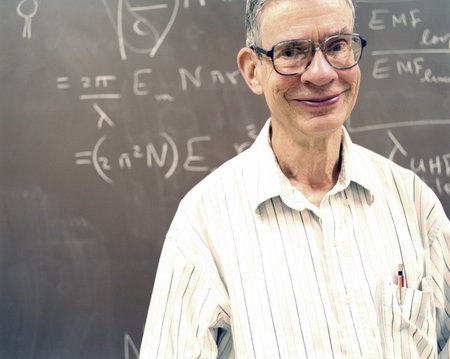 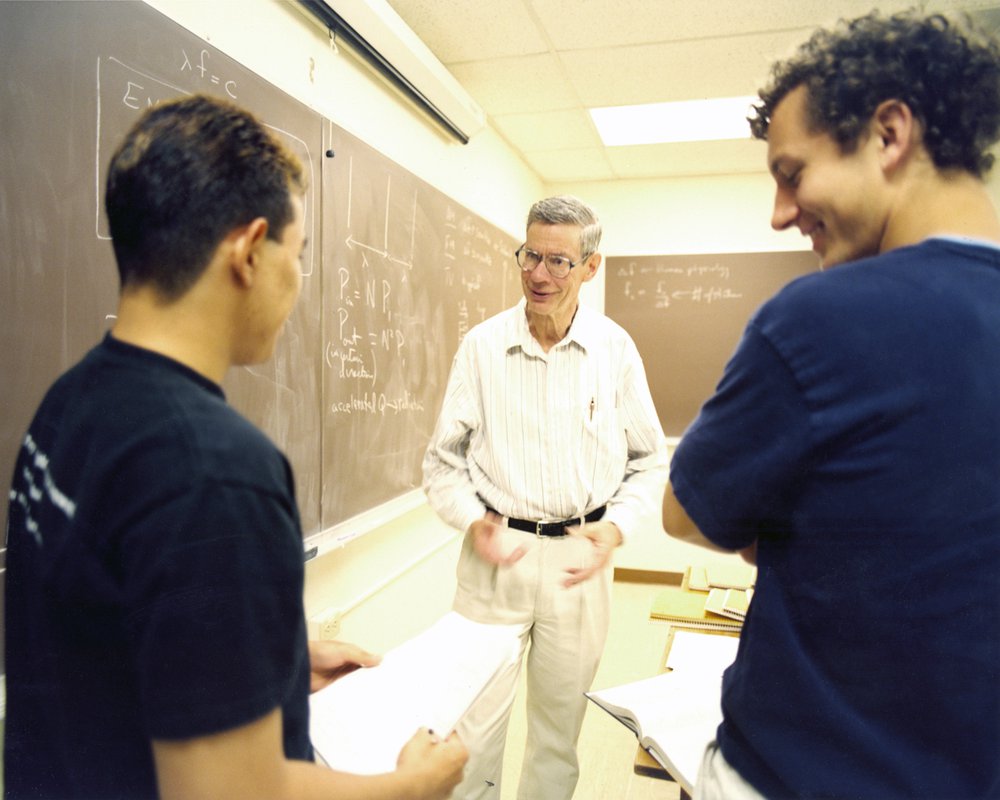 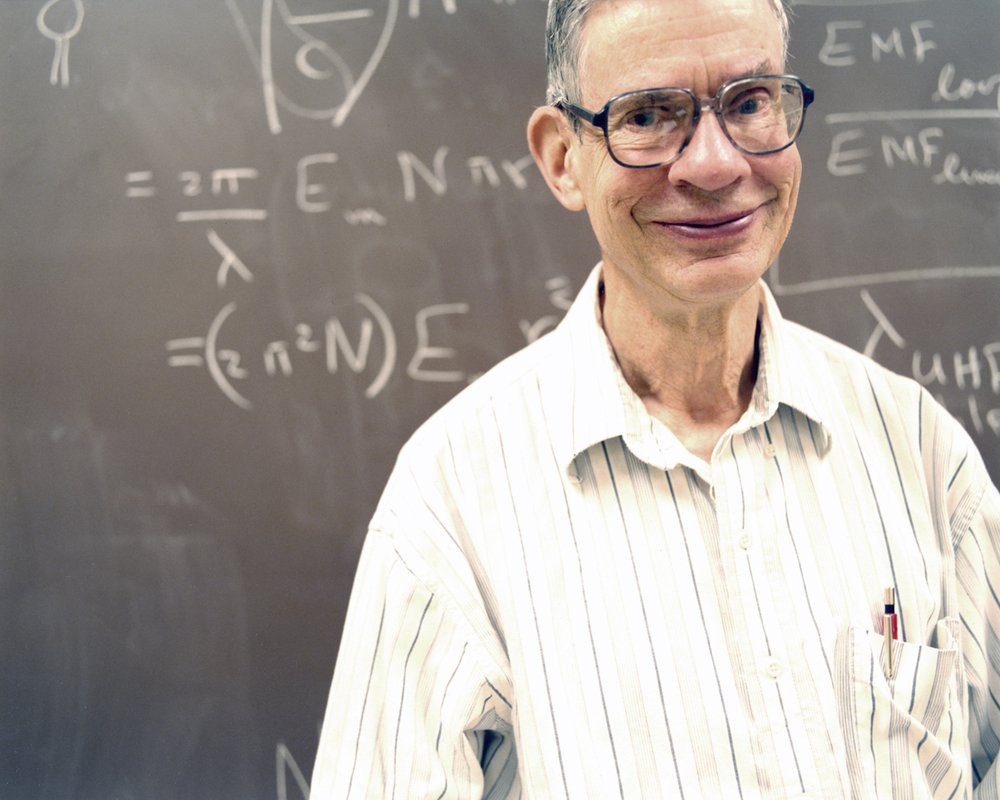