On March 16, 2006, Research Professor of Bioengineering, Computing and Mathematical Sciences, and Computation and Neural Systems Paul Rothemund (BS '94) published a paper in Nature detailing his new method for folding DNA into shapes and patterns on the scale of a few nanometers. This marked a turning point in DNA nanotechnology, enabling precise control over designed molecular structures. Ten years later, the field has grown considerably. On March 14–16, 2016, the Division of Engineering and Applied Science will hold a symposium titled "Ten Years of DNA Origami" to honor Rothemund's contribution to the field, to survey the spectrum of research it has inspired, and to take a look at what is to come.

"Think about DNA origami as a general-purpose pegboard for organizing nanometer-sized things," Rothemund says. "Each DNA origami has 200 different attachment points, to which one can attach proteins, or tiny gold balls, or fluorescent molecules, or electrically conductive carbon nanotubes. There is no other way to juxtapose combinations of these elements into complex arrangements, and this is what researchers around the world, from biologists to physicists, are using DNA origami for. Biologists use DNA origami to position different protein enzymes next to each other, so that one enzyme can hand off its products to the next enzyme in a sort of nanoscale assembly line. Others are organizing electronic components in an attempt to make nanocircuits."

The symposium was organized by Erik Winfree, professor of computer science, computation and neural systems, and bioengineering. "This amazing Caltech invention has had a remarkable impact in molecular nanotechnology research," he says.

Talks will cover DNA nanotechnology, self-assembly and pattern formation, computational algorithms and software for origami design and analysis, applications in biology and biomedicine, applications in quantum physics, molecular motors and mechanical devices, biophysics and thermodynamics and kinetics, and more. The talks are open to the public, but attendees must first register online. 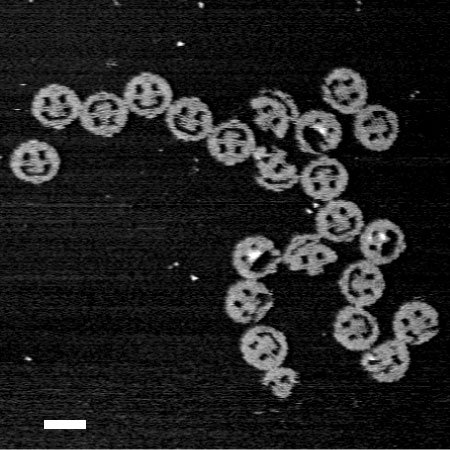 DNA origami smiley faces, each 1/1000 the width of a human hair, demonstrate that virtually any shape can be folded from DNA. (Scale bar: 100 nanometers) Credit: Paul W.K. Rothemund/Caltech 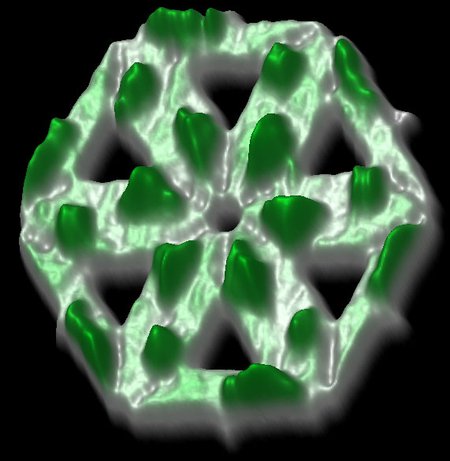 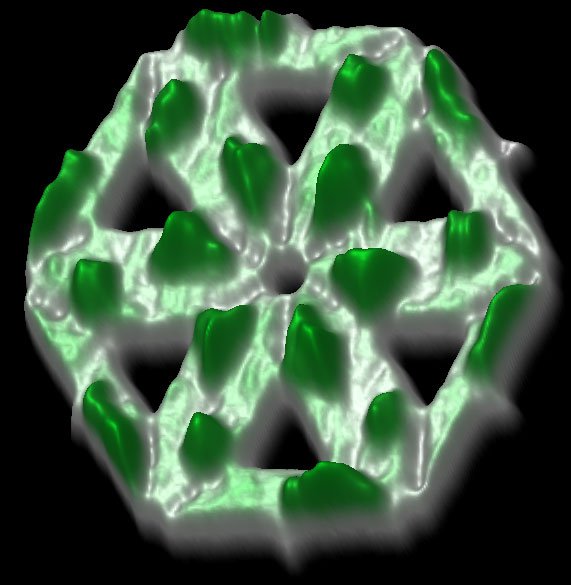