Supermassive black holes can be voracious, devouring gas, dust, and other material pulled in by their gravity. These feeding frenzies can get messy: the disks of matter surrounding black holes can fling out ultrafast streams of hot gas, or "winds," that blast through their host galaxies. These winds, according to new measurements of a nearby supermassive black hole obtained with NASA's Nuclear Spectroscopic Telescope Array (NuSTAR) telescope, can heat up and cool down in the span of just a few hours.

The findings, made with NuSTAR and the European Space Agency's XMM-Newton telescope, appear in a paper in the March 2 issue of Nature.

"We know that supermassive black holes affect the environment of their host galaxies, and powerful winds arising from near the black hole may be one means for them to do so," says NuSTAR principal investigator Fiona Harrison, the Benjamin M. Rosen Professor of Physics and the Kent and Joyce Kresa Leadership Chair of Caltech's Division of Physics, Mathematics and Astronomy. "The rapid variability, observed for the first time, is providing clues as to how these winds form and how much energy they may carry out into the galaxy."

Supermassive black holes are orbited by disks of gas and dust, called accretion disks, from which they feed. Young and energetic black holes, such as the nearby one studied by NuSTAR, can only feed so quickly, however, before their accretion disks begin to emit streams of fast, hot gas in all directions. These winds, which travel at a quarter of the speed of light and carry an enormous amount of matter, can disrupt star formation in the black hole's host galaxy.

To measure the temperatures of these winds, the team studied X-rays coming from the edge of the black hole. As they travel toward Earth, these X-rays pass through the winds, and some wavelengths of the X-ray spectrum are absorbed by different elements in the winds, such as iron and magnesium. By examining the holes, or "absorption features," in the X-ray spectrum as it reaches Earth, astronomers can learn more about the components of the wind.

While observing this spectrum, the team noticed that the absorption features were disappearing and reappearing in the span of a few hours. The team concluded that the X-rays were actually heating up the winds to very high temperatures—millions of degrees Fahrenheit—such that they became incapable of absorbing any more X-rays. The winds then cool off, and the absorption features return, starting the cycle over again.

"This is the first time we have seen that winds are interacting with the black hole's radiation," says Michael Parker, postdoctoral scholar at University of Cambridge Institute of Astronomy and first author on the paper. "Further study of this source is likely to have wide-ranging implications for our knowledge of how these winds form and are powered, where they are located, how dense they are, and how long they last—all of which will add to our understanding of the interaction between black holes and their galaxies."

The paper is titled "The response of relativistic outflowing gas to the inner accretion disk of a black hole." Other Caltech co-authors include postdoctoral scholar Javier Garcia. The work was funded by the European Research Council, the European Union Seventh Framework Programme, the Science and Technology Facilities Council of the United Kingdom, the European Space Agency, and NASA. 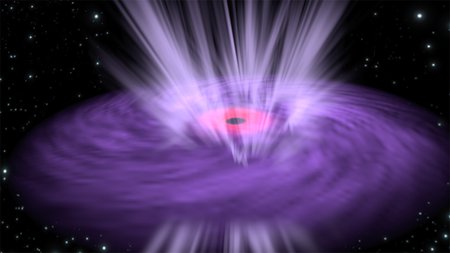 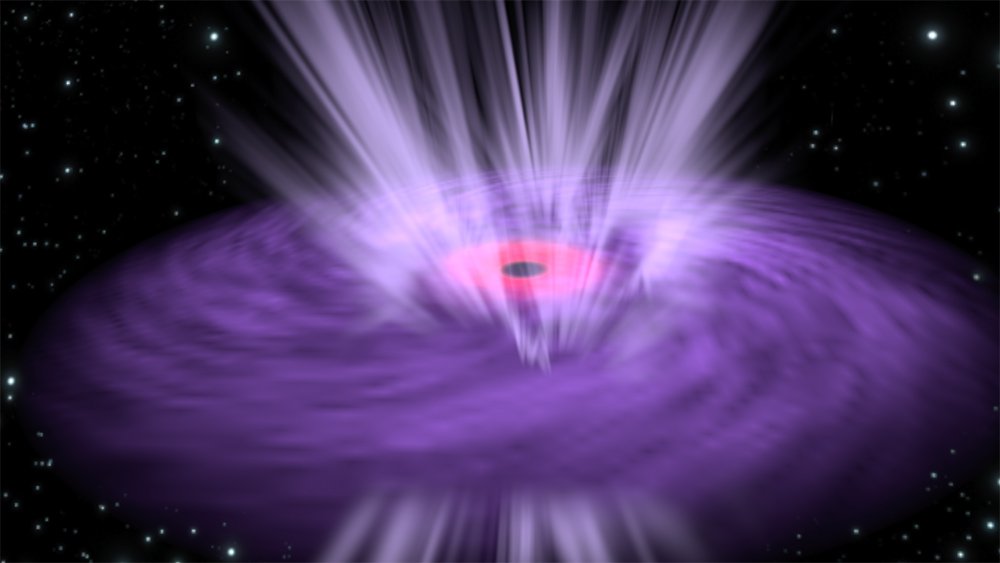