Taking the Pulse of Planets and Stars

New faculty member Jim Fuller, assistant professor of theoretical astrophysics, studies vibrating cosmic spheres, such as stars with "heartbeats," and the gas giant Saturn, whose pulsations propagate through its rings. He is a theorist who uses math, physics, and numerical simulations to tackle astronomy problems, in particular those related to a planet's or star's internal structure and evolution. Fuller says he fell in love with astronomy when he was young and realized he could use his imagination.

"In astronomy, you think about things you don't encounter in your everyday life, like stars, where you really need to use your imagination because the scale is so large," he says. "But at the same time, astronomy is concrete. There is really something happening out there, and we are applying math and physics to real situations to learn more about our universe."

Fuller received his bachelor's degree from Whitman College in 2008, and his PhD in astronomy and space sciences in 2014 from Cornell University. He joined Caltech as a DuBridge Postdoctoral Fellow in 2013 and joined the Caltech faculty in 2017.

Below Fuller describes, in his own words, some of the movies he has made to illustrate how to "take the pulse" of planets and stars.

The pulsing orbs in this movie are known as "heartbeat" stars. These are binary star systems with very eccentric orbits. At closest approach, which occurs at around seven seconds into the movie, the stars come within a few stellar radii of each other. Their mutual gravitational forces distort the stars into elliptical shapes, changing their observed cross section and apparent brightness. This creates a heartbeat-like pulse in the light curve below the stars.

The brightness changes caused by these so-called tidal distortions have been detected by NASA's Kepler space telescope, leading to the discovery of hundreds of these heartbeat-star systems. Some heartbeat stars do not relax back to their original shape after their closest approach, and they continue to pulsate throughout their orbits as illustrated in this movie. These stellar oscillations cause the stars to dissipate orbital energy, which causes their orbits to circularize. You can also "hear" a heartbeat star below, where I have converted the light curve detected by Kepler into sound and sped things up by a factor of 5 million.

I'm trying to better understand the evolution of heartbeat stars' orbits through a combination of theory and observations.

Like stars, gaseous planets such as Jupiter and Saturn are continually distorted by their own minute pulsations. With Saturn, we cannot see these pulsations directly, but we have learned to use its rings as a giant seismograph. The small gravitational variations caused by pulsations of Saturn exert small torques on orbiting ring particles, generating spiral waves within the rings. These ring disturbances were detected using NASA's Cassini satellite, which later plunged into Saturn in September 2017.

This movie shows an exaggerated example of a pulsation from Saturn propagating around the equator of the planet. The pulsation causes a spiral density wave in the rings that propagates at the same rate. The motion of these spiral patterns then tells us the frequency at which Saturn pulsates, and this can be used to measure properties of the interior of Saturn. My work suggests that Saturn's interior is more complex than previously believed, with an "outer core" composed of a mix of the icy/rocky core material and the gaseous material found in the outer envelope.

Stars in a later stage of evolution, called red giants, exhibit minute pulsations caused by continual "starquakes." Like terrestrial oscillations that occur after earthquakes, starquakes can be used to measure properties of the internal structures of stars because they result from sound waves that propagate through the stellar interior and carry information back to the surface. The movie illustrates a path that a wave would take on its journey between the core and surface of a star if it was able to travel unimpeded. By studying the theory of how waves travel through stars along with some observations of the phenomenon, I helped discover something new about red giants: magnetic fields disrupt the propagation of waves near the core of the star, causing the stellar pulsations to be suppressed. This suppression phenomenon has since been observed in thousands of red giants, suggesting strong internal magnetic fields are more common than we previously believed. 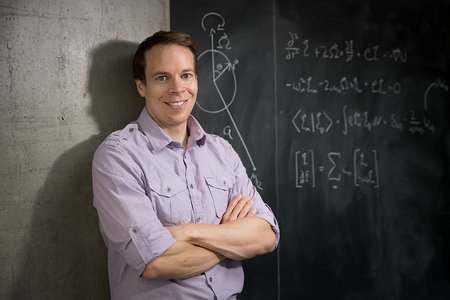 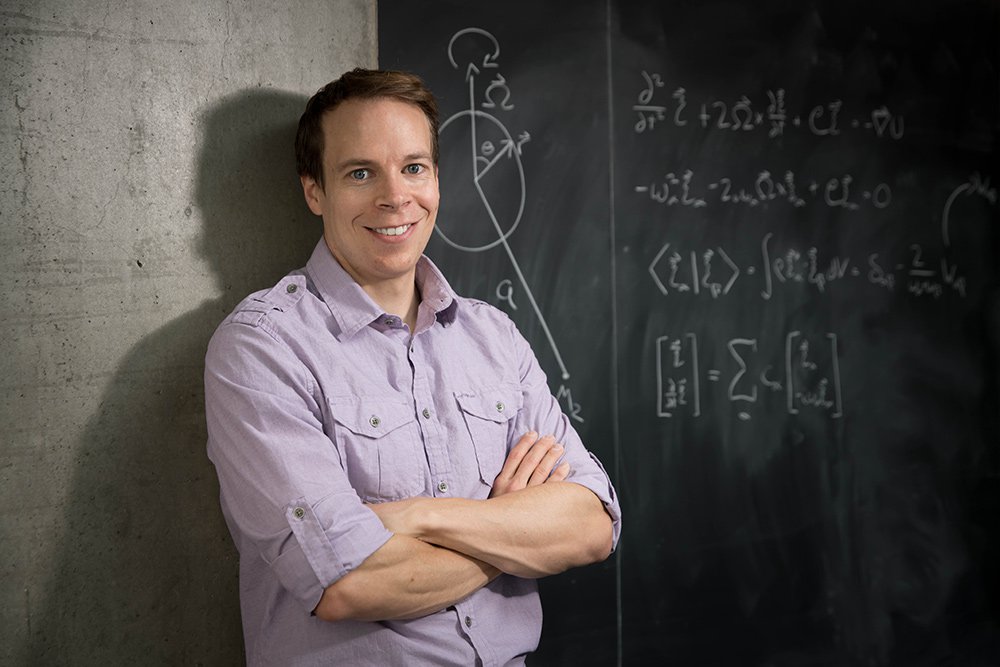