Researchers know dinosaurs once ruled the earth, but they know very little about how these animals performed the basic task of balancing their energy intake and output—how their metabolisms worked. Now, a team of Caltech researchers that has measured the body temperatures of a wide range of dinosaurs has provided insight into how the animals may have regulated their internal heat.

The study was led by John Eiler, the Robert P. Sharp Professor of Geology and professor of geochemistry, and Rob Eagle, a former Caltech postdoctoral scholar now at UCLA. A paper describing the research appears in the October 13 issue of the journal Nature Communications.

The current study examined eggshells from the sauropods, a group that includes some of the biggest dinosaurs ever to live, called Titanosaurs, as well as eggshells of birdlike and approximately human-sized oviraptorid dinosaurs. The eggshells were analyzed to determine the extent to which carbon-13 and oxygen-18—rare, naturally occurring isotopes (variant forms of elements that differ in number of neutrons)—group together in the mineral structure. This "clumping" of rare isotopes previously has been shown to depend on mineral growth temperature. The eggshell data were compared with the results of a previous study by this same group that used similar techniques to examine the growth temperatures of the sauropod dinosaurs, including the giraffe-like Giraffatitan and a giant herbivore known as Camarasaurus. 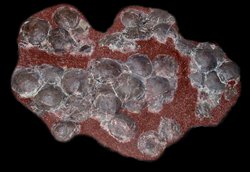 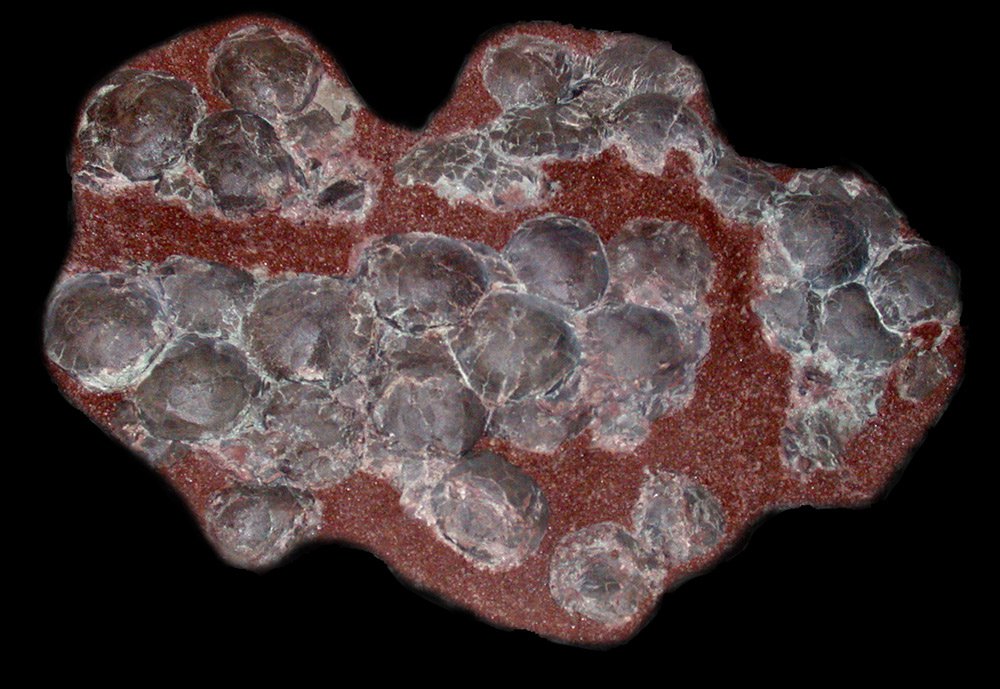 Modern mammals are described as warm blooded if they regulate their own temperature, as if tweaking an internal thermostat. In a process called endothermy, warm-blooded mammals utilize the heat generated by their own internal functions instead of drawing ambient heat from the environment, which is what a cold-blooded snake or lizard does by basking in the sun. Endothermy is relatively similar across many different sizes of mammals, from mice to humans to whales.

"Measuring cooler temperatures in small dinosaurs is the first evidence to suggest that at least some of them had lower basal metabolisms than most modern mammals and birds, and therefore the emergence of modern mechanisms of endothermy hadn't occurred in these dinosaurs," Eiler says.

The picture is not so clear for the larger dinosaurs that were studied. Although Eiler and his colleagues found that they had warm body temperatures similar to modern mammals, it is not known if the animals actually had endothermic metabolisms or if they were warm simply because of their enormous sizes—a phenomenon known as gigantothermy. Gigantotherms have small surface areas relative to their large volumes and thus have less area through which they can lose heat. Therefore, the heat is trapped internally. "If you weigh 80 tons, your problem is not staying warm—it's trying not to burst into flames," Eiler says.

The wide range of warm temperatures discovered among the various dinosaur species examined in the study suggests that "either they had a range of different metabolic strategies, or they all had low basal metabolisms, and the large ones were only warm due to gigantothermy," Eiler says.

The technique used to determine these animal body temperatures was first conceived and used by Eiler's group in 2011 on dinosaur tooth fossils and is related to methods they previously developed for nonbiological minerals and molecules. The method, called the clumped-isotope technique, relies on measurements of rare isotopes in bioapatite, or biologically grown calcium carbonate, a mineral present in bones, teeth, eggshells, and other fossils. In 2006, Eiler's lab quantified the degree to which carbon-13 and carbon-18 clump together to varying degrees in a biomineral, depending on the temperature at the time the mineral formed; this relationship subsequently was examined for many mineral types by Eiler's group at Caltech and at other laboratories.

"There's this cool idea that if I had a fossil skeleton, I could map the body temperature of the entire creature and come up with a physiological model of how it redistributed heat within its body," Eiler says. "There's no reason you couldn't do that, except that bone isn't very well preserved."

The team's next step is to compare fossils from the same species across stages of maturation. "It may be that some dinosaurs have a different metabolic strategy at different phases of life," Eiler says. 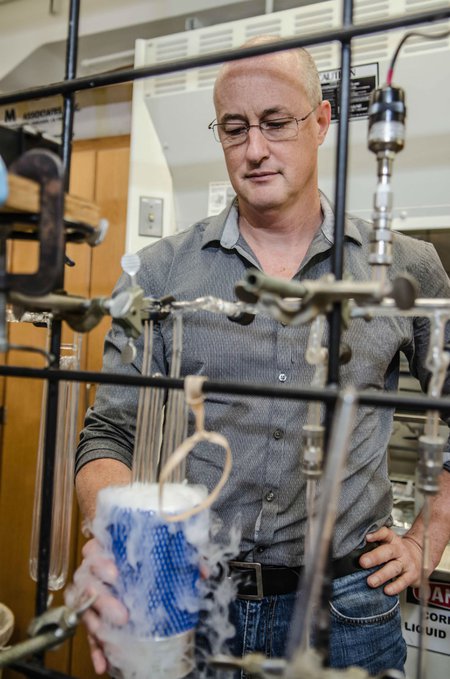 John Eiler works with a coiled trap on a glass vacuum line which is immersed in liquid nitrogen, one step in the cryogenic purification of gases used to standardize sample analyses. Credit: Lance Hayashida/Caltech 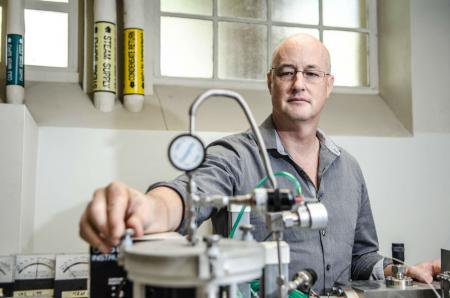 Selected samples are loaded into a home-built automated apparatus (left), where they are reacted with acid to release carbon dioxide, which is transferred to a mass spectrometer (right) for analysis. Credit: Lance Hayashida/Caltech
Image Lightbox 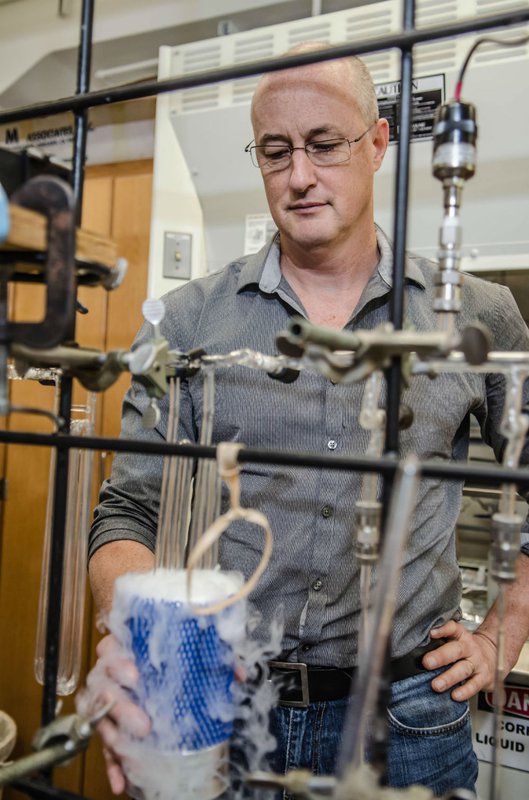 John Eiler works with a coiled trap on a glass vacuum line which is immersed in liquid nitrogen, one step in the cryogenic purification of gases used to standardize sample analyses.
Credit: Lance Hayashida/Caltech
Download Full Image
Subscribe
The Caltech Weekly