Tai Inducted into the National Academy of Engineering

Yu-Chong "Y.C." Tai, the Anna L. Rosen Professor of Electrical Engineering and Medical Engineering, has been elected to the National Academy of Engineering (NAE). Induction into the NAE, one of the three national academies in the United States, is among the highest professional honors an engineer can receive.

During his time at the Institute, Tai founded the Caltech MEMS Laboratory, a facility dedicated to the development of MEMS and NEMS devices for use in medical settings. Research conducted at the laboratory has led to the creation of devices that can perform a variety of blood tests on a single chip, microscopic drug-delivery systems, and MEMS medical implants.

The NAE elected 106 members and 23 international members this year. Also elected was B. Gentry Lee, chief engineer for the Solar System Exploration Directorate at the Jet Propulsion Laboratory, which Caltech manages for NASA. Lee, who has worked on a variety of NASA missions and programs including Viking (1975), Voyager (1977), Galileo (1989), Spirit (2003) and Opportunity (2003), and Curiosity and Dawn (2007), was recognized for "contributions to 20 planetary exploration missions to Mars, Jupiter, asteroids, and comets," according to the NAE.

In addition, Caltech alumnus Francis J. Doyle III (PhD '91), John A. and Elizabeth S. Armstrong Professor and dean of Harvard University's Paulson School of Engineering and Applied Sciences, was named as a member of the NAE for insights into natural biological control systems and innovative engineering of diabetes control devices." Another Caltech alumnus, Sudhir K. Jain (PhD'83), director of the Indian Institute of Technology-Gandhinagar, was elected as an international member of NAE for "leadership in earthquake engineering in developing countries."

The newly elected class will be formally inducted into the NAE during a ceremony at the academy's annual meeting in Washington, D.C., on October 3. 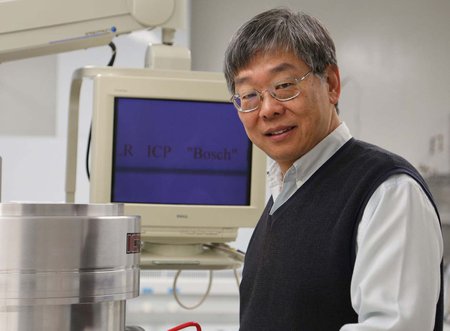