If you're trying to outwit the competition, it might be better to have been born a chimpanzee, according to a study by researchers at Caltech, which found that chimps at the Kyoto University Primate Research Institute consistently outperform humans in simple contests drawn from game theory.

The study, led by Colin Camerer, Robert Kirby Professor of Behavioral Economics, and appearing on June 5 in the online publication Scientific Reports, involved a simple game of hide-and-seek that researchers call the Inspection Game. In the game, two players (either a pair of chimps or a pair of humans) are set up back to back, each facing a computer screen. To start the game, each player pushes a circle on the monitor and then selects one of two blue boxes on the left or right side of the screen. After both players have chosen left or right, the computer shows each player her opponent's choice. This continues through 200 iterations per game. The goal of the players in the "hiding" role—the "mismatchers"—is to choose the opposite of their opponent's selection. Players in the "seeking" role—the "matchers"—win if they make the same choices as their opponent. Winning players receive a reward: a chunk of apple for the chimps or a small coin for the humans. If players are to win repeatedly, they have to accurately predict what their opponent will do next, anticipating their strategy.

The game, though simple, replicates a situation that is common in the everyday lives of both chimps and humans. Study coauthor Peter Bossaerts, a visiting associate in finance at Caltech, gives an example from human life: an employee who wants to work only when her employer is watching and prefers to play video games when unobserved. To better conceal her secret video game obsession, the employee must learn the patterns of the employer's behavior—when they might or might not be around to check up on the worker. Employers who suspect their employees are up to no good, however, need to be unpredictable, popping in randomly to see what the staff is doing on company time.

The Inspection Game not only models such situations, it also provides methods to quantify behavioral choices. "The nice thing about the game theory used in this study is that it allows you to boil down all of these situations to their strategic essence," explains Caltech graduate student and coauthor Rahul Bhui.

However cleverly you play the Inspection Game, if your opponent is also playing strategically, there is a limit to how often you can win. That limit, many game theorists agree, is best described by the Nash equilibrium, named for mathematician John Forbes Nash Jr., winner of the 1994 Nobel Memorial Prize in Economic Sciences, whose life and career provided the inspiration for the Academy Award–winning 2001 film A Beautiful Mind.

In the first part of this study, coauthors Chris Martin and Tetsuro Matsuzawa compared the game play of six common chimpanzees (Pan troglodytes) and 16 Japanese students, always facing off against their own species, in the Kyoto research facility. The humans behaved as expected based on previous experiments; that is, they played reasonably well, slowly learning to predict opponent choices, but they did not play optimally. They ended up somewhat off the Nash equilibrium.

The performance of the chimps was far more impressive: they learned the game rapidly and nearly attained the predictions of the Nash theorem for optimal play. They continued to do so even as researchers introduced changes into the game, first by having players switch roles—matchers (seekers) becoming mismatchers (hiders), and vice versa—and then by adjusting the payoffs such that matchers received greater rewards when matching on one side of the screen (left or right) rather than the other. This latter adjustment changes the Nash equilibrium for the game, and the chimps changed right along with it.

In a second phase of the experiment in Bossou, Guinea, 12 adult men were asked to face one another in pairs. Instead of touching dots on a computer screen on the left or right, the men in Bossou each had a bottle cap that they placed top up or top down. As in the Kyoto experiments, one player in each pair was a mismatcher (hider) and the other was a matcher (seeker). However, the stakes were much higher in Bossou, amounting to about one full day's earnings for the winner, as opposed to the rewards for the Japanese students, who received a handful of one yen coins. Still, the players in Bossou did not match chimpanzee performance, landing as far off the Nash equilibrium as the Japanese students did.

A couple of simple explanations could account for the ability of these chimpanzees to outperform humans in the game. First, these particular chimps had more extensive training at this kind of task as well as more experience with the equipment used at the Research Institute than the human subjects did. Second, the chimps in Kyoto were related to one another—they played in mother-child pairs—and thus may have had intimate knowledge, borne of long acquaintance, of the sequence of choices their opponents would probably make.

Neither explanation seems likely, researchers say. Although the Japanese students may not have had experience with the type of touch screens employed in the Kyoto facility, they certainly had encountered video games and touch screens prior to the experiment. Meanwhile, the players in Bossou knew each other very well prior to the experiments and had the additional advantage of seeing one another while they played, yet they performed no better than the Japanese students.

Superior chimpanzee performance could be due to excellent short-term memory, a particular strength in chimps. This has been shown in other experiments undertaken at the Kyoto facility. In one game, a sequence of numbers is briefly flashed on the computer touch screen, and then the numbers quickly revert to white squares. Players must tap the squares in the sequence corresponding to the numbers they were initially shown. Chimpanzees are brilliant at this task, as video from the experiment shows; humans find it much more challenging, as seen in video from the Primate Research Center.

But before we join a species-specific pity party over our inferior brains, rest assured that researchers offer other explanations for chimpanzee superiority at the Inspection Game. There are two possible explanations that researchers currently find plausible. The first has to do with the roles of competition and cooperation in chimpanzee versus human societies; the second with the differential evolution of human and chimpanzee brains since our evolutionary paths split between 4 and 5 million years ago.

The past half-century has seen an enormous divergence of opinion as to how cooperative or competitive humans "naturally" are, and though this debate is far from settled, it is clear that wherever humans sit on the cooperative/competitive scale, common chimpanzees are more competitive with one another than we are. They create and continuously update a strong status and dominance hierarchy. (Another type of chimpanzee, Pan paniscus, or the bonobo, is considerably more cooperative than Pan troglodytes, but the former has not been studied as extensively as the latter.) Humans, in contrast, are highly prosocial and cooperative. Camerer notes that this difference is apparent in chimp and human social development. "While young chimpanzees hone their competitive skills with constant practice, playing hide-and-seek and wrestling, " says Camerer, "their human counterparts shift at a young age from competition to cooperation using our special skill at language."

Language is probably a key factor here. In the Inspection Game experiments, humans were not allowed to speak with one another, despite language being "key to human strategic interaction," according to Martin.

Language is also implicated in the "cognitive tradeoff hypothesis," the second explanation for the chimps' superior performance in the Inspection Game. According to this hypothesis, developed by Matsuzawa, the brain growth and specialization that led to distinctly human cognitive capacities such as language and categorization also caused us to process certain simpler competitive situations—like the Inspection Game—more abstractly and less automatically than our chimpanzee cousins.

These explanations remain speculative, but eventually, Bhui predicts, new technologies will make it possible to "map out the set of brain circuits that humans and chimps rely upon so we can discover whether or not human strategic choices go down a longer pathway or get diffused into different parts of the brain compared to chimps."

Funding for this experiment, described in a paper entitled "Chimpanzee choice rates in competitive games match equilibrium predictions," was provided by the Ministry of Education, Culture, Sports, Science and Technology in Japan; the Gordon and Betty Moore Foundation; the Social Sciences and Humanities Research Council of Canada; and Caltech's Division of the Humanities and Social Sciences. 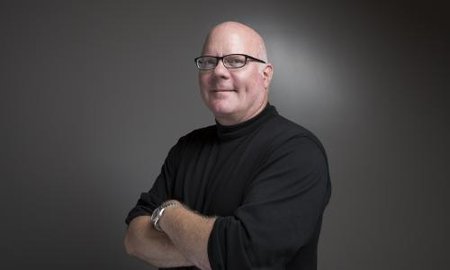 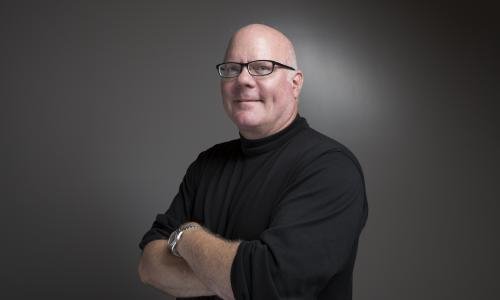