Using a collection of National Science Foundation radio telescopes, researchers have confirmed that a narrow jet of material was ejected at near light speeds from a neutron star collision. The collision, which was observed August 17, 2017 and occurred 130 million light-years from Earth, initially produced gravitational waves that were observed by the Laser Interferometry Gravitational-wave Observatory (LIGO), alongside a flood of light in the form of gamma rays, X-rays, visible light, and radio waves. It was the first cosmic event to be observed in both gravitational waves and light waves.

Confirmation that a superfast jet had been produced by the neutron star collision came after radio astronomers discovered that a region of radio emission created by the merger had moved in a seemingly impossible way that only a jet could explain. The radio observations were made using the Very Long Baseline Array (VLBA), the Robert C. Byrd Green Bank Telescope (GBT), and the Very Large Array (VLA). The VLA is operated by the National Radio Astronomy Observatory (NRAO), which is closely associated with the other two telescopes involved in the discovery.

"We measured an apparent motion that is four times faster than light. That illusion, called superluminal motion, results when the jet is pointed nearly toward Earth and the material in the jet is moving close to the speed of light," says Kunal Mooley, a Caltech postdoctoral scholar with a joint appointment at the NRAO and lead author of a new study about the jet appearing online September 5 in the journal Nature. Mooley and Assistant Professor of Astronomy Gregg Hallinan were part of an international collaboration that observed and interpreted the movement of the radio emission.

"We were lucky to be able to observe this event, because if the jet had been pointed too much farther away from Earth, the radio emission would have been too faint for us to detect," says Hallinan.

Superfast jets are known to give rise to intense, short-duration gamma-ray bursts or sGRBs, predicted by theorists to be associated with neutron star collisions. The observation of a jet associated with this collision is therefore an important confirmation of theoretical expectations.

The aftermath of the merger is now also better understood: the jet likely interacted with surrounding debris, forming a broad "cocoon" of material that expanded outward and accounted for the majority of the radio signal observed soon after the collision. Later on, the observed radio emission came mainly from the jet.

Read the full story from NRAO at https://public.nrao.edu/news/superfast-jet-neutron-star-merger/. 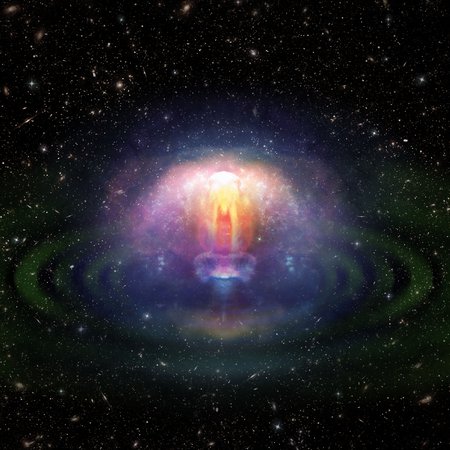 An artist's impression of the jet (pictured as a ball of fire), produced in the neutron star merger first detected on August 17, 2017 by telescopes around the world, as well as LIGO, which detects gravitational waves (green ripples). Credit: James Josephides (Swinburne University of Technology, Australia)
Image Lightbox 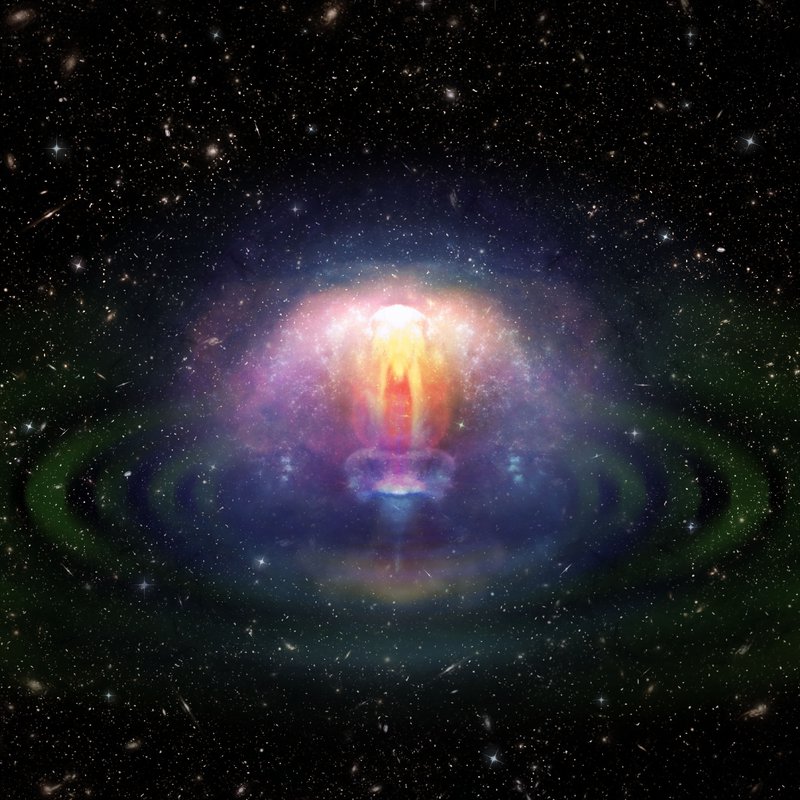 An artist's impression of the jet (pictured as a ball of fire), produced in the neutron star merger first detected on August 17, 2017 by telescopes around the world, as well as LIGO, which detects gravitational waves (green ripples).
Credit: James Josephides (Swinburne University of Technology, Australia)
Download Full Image
Subscribe
The Caltech Weekly