We know a lot about how carbon dioxide (CO2) levels can drive climate change, but how about the way that climate change can cause fluctuations in CO2 levels? New research from an international team of scientists reveals one of the mechanisms by which a colder climate was accompanied by depleted atmospheric CO2 during past ice ages.

The overall goal of the work is to better understand how and why the earth goes through periodic climate change, which could shed light on how man-made factors could affect the global climate.

Earth's average temperature has naturally fluctuated by about 4 to 5 degrees Celsius over the course of the past million years as the planet has cycled in and out of glacial periods. During that time, the earth's atmospheric CO2 levels have fluctuated between roughly 180 and 280 parts per million (ppm) every 100,000 years or so. (In recent years, man-made carbon emissions have boosted that concentration up to over 400 ppm.)

About 10 years ago, researchers noticed a close correspondence between the fluctuations in CO2 levels and in temperature over the last million years. When the earth is at its coldest, the amount of CO2 in the atmosphere is also at its lowest. During the most recent ice age, which ended about 11,000 years ago, global temperatures were 5 degrees Celsius lower than they are today, and atmospheric CO2 concentrations were at 180 ppm.

Using a library of more than 10,000 deep-sea corals collected by Caltech's Jess Adkins, an international team of scientists has shown that periods of colder climates are associated with higher phytoplankton efficiency and a reduction in nutrients in the surface of the Southern Ocean (the ocean surrounding the Antarctic), which is related to an increase in carbon sequestration in the deep ocean. A paper about their research appears the week of March 13 in the online edition of the Proceedings of the National Academy of Sciences.

"It is critical to understand why atmospheric CO2 concentration was lower during the ice ages. This will help us understand how the ocean will respond to ongoing anthropogenic CO2 emissions," says Xingchen (Tony) Wang, lead author of the study. Wang was a graduate student at Princeton while conducting the research in the lab of Daniel Sigman, Dusenbury Professor of Geological and Geophysical Sciences. He is now a Simons Foundation Postdoctoral Fellow on the Origins of Life at Caltech.

Biological processes are the main driver of CO2 absorption from the atmosphere to the ocean. Just like photosynthesizing trees and plants on land, plankton at the surface of the sea turn CO2 into sugars that are eventually consumed by other creatures. As the sea creatures who consume those sugars—and the carbon they contain—die, they sink to the deep ocean, where the carbon is locked away from the atmosphere for a long time. This process is called the "biological pump."

A healthy population of phytoplankton helps lock away carbon from the atmosphere. In order to thrive, phytoplankton need nutrients—notably, nitrogen, phosphorus, and iron. In most parts of the modern ocean, phytoplankton deplete all of the available nutrients in the surface ocean, and the biological pump operates at maximum efficiency.

However, in the modern Southern Ocean, there is a limited amount of iron—which means that there are not enough phytoplankton to fully consume the nitrogen and phosphorus in the surface waters. When there is less living biomass, there is also less that can die and sink to the bottom—which results in a decrease in carbon sequestration. The biological pump is not currently operating as efficiently as it theoretically could.

To track the efficiency of the biological pump over the span of the past 40,000 years, Adkins and his colleagues collected more than 10,000 fossils of the coral Desmophyllum dianthus.

Why coral? Two reasons: first, as it grows, coral accretes a skeleton around itself, precipitating calcium carbonate (CaCO3) and other trace elements (including nitrogen) out of the water around it. That process creates a rocky record of the chemistry of the ocean. Second, coral can be precisely dated using a combination of radiocarbon and uranium dating.

Adkins and his colleagues collected coral from the relatively narrow (500-mile) gap known as the Drake Passage between South America and Antarctica (among other places). Because the Southern Ocean flows around Antarctica, all of its waters funnel through that gap—making the samples Adkins collected a robust record of the water throughout the Southern Ocean.

Wang analyzed the ratios of two isotopes of nitrogen atoms in these corals – nitrogen-14 (14N, the most common variety of the atom, with seven protons and seven neutrons in its nucleus) and nitrogen-15 (15N, which has an extra neutron). When phytoplankton consume nitrogen, they prefer 14N to 15N. As a result, there is a correlation between the ratio of nitrogen isotopes in sinking organic matter (which the corals then eat as it falls to the seafloor) and how much nitrogen is being consumed in the surface ocean—and, by extension, the efficiency of the biological pump.

A higher amount of 15N in the fossils indicates that the biological pump was operating more efficiently at that time. An analogy would be monitoring what a person eats in their home. If they are eating more of their less-liked foods, then one could assume that the amount of food in their pantry is running low.

Indeed, Wang found that higher amounts of 15N were present in fossils corresponding to the last ice age, indicating that the biological pump was operating more efficiently during that time. As such, the evidence suggests that colder climates allow more biomass to grow in the surface Southern Ocean—likely because colder climates experience stronger winds, which can blow more iron into the Southern Ocean from the continents. That biomass consumes carbon, then dies and sinks, locking it away from the atmosphere.

Adkins and his colleagues plan to continue probing the coral library for further details about the cycles of ocean chemistry changes over the past several hundred thousand years.

The study is titled "Deep-sea coral evidence for lower Southern Ocean surface nitrate concentrations during the last ice age." Coauthors include scientists from Caltech, Princeton University, Pomona College, the Max Planck Institute for Chemistry in Germany, University of Bristol, and ETH Zurich in Switzerland. This research was funded by the National Science Foundation, Princeton University, the European Research Council, and the Natural Environment Research Council. 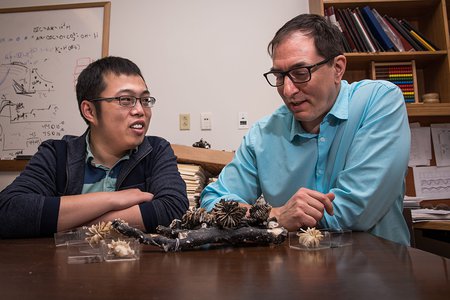 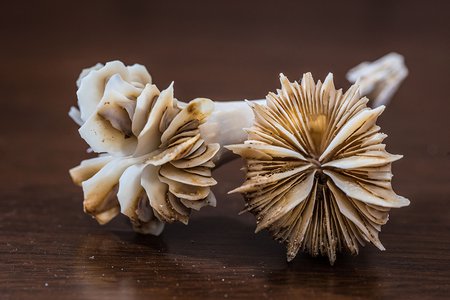 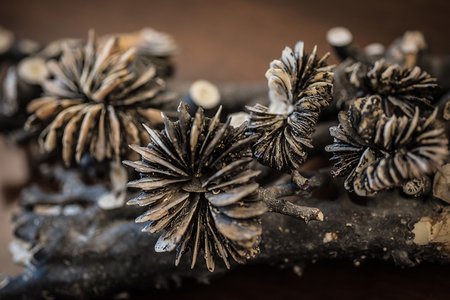 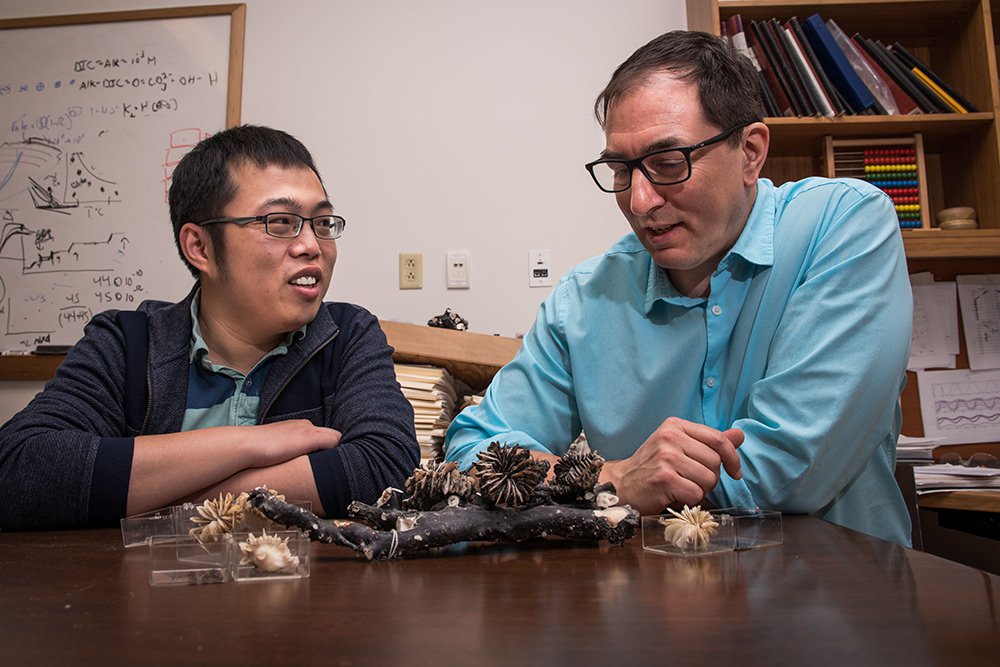 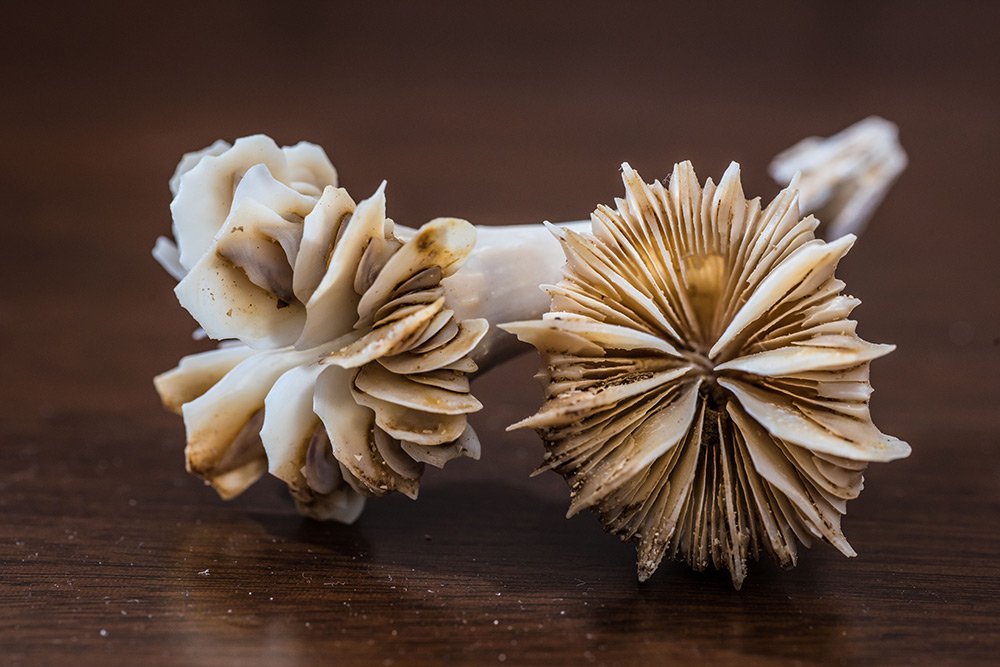 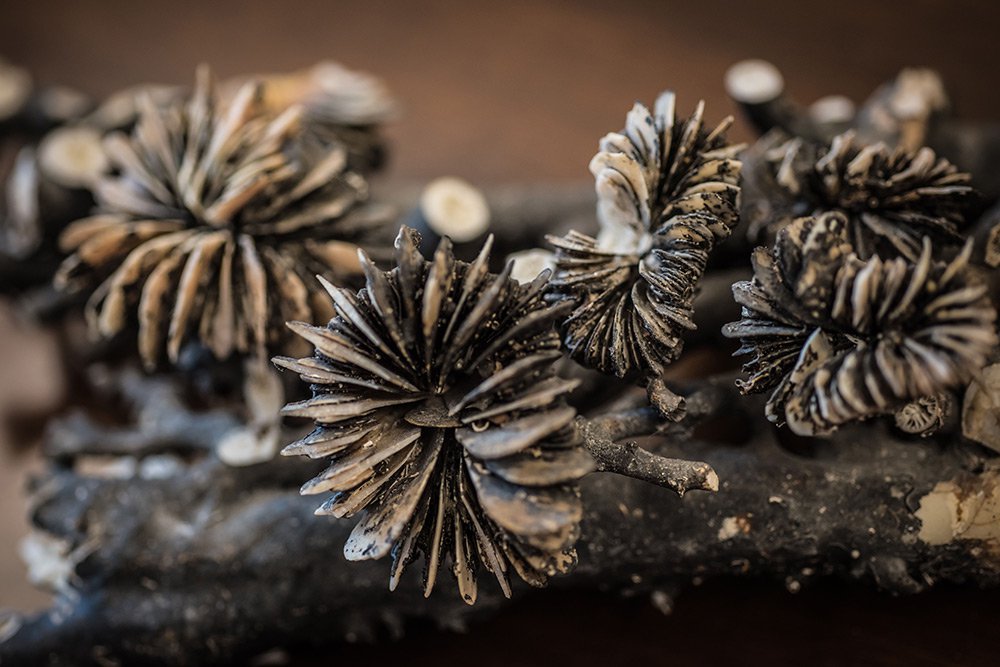