After nine years, a student-designed-and-built satellite is being readied for launch into orbit, where it will be a test bed for a new type of space telescope that assembles itself in flight from multiple components.

With telescopes, bigger is better: the larger their primary mirror, the more light they can capture and the better the images they can create. Currently, however, space telescopes are limited in size and must be folded up to fit inside the rockets that launch them into space. Hubble is 2.4 meters in diameter, for instance, and the James Webb Space Telescope will be 6.5 meters in diameter when it launches in 2021. To build a telescope that exceeds 10 meters, scientists and engineers will need to develop new, modular designs that can be sent to space in multiple pieces—even on multiple rockets.

In 2008, a series of workshops at the Keck Institute of Space Studies (KISS) at Caltech inspired a low-cost mission to demonstrate the feasibility of sending a telescope to space in pieces and having it assemble itself once in orbit.

That telescope, which came to be known as AAReST (Autonomous Assembly of a Reconfigurable Space Telescope), was designed and built in large part by students in Caltech's Ae 105 Aerospace Engineering class, working in collaboration with the Surrey Space Centre in England and the Indian Institute of Space Science and Technology. Over the years, these students planned the mission and designed the telescope. With the spacecraft nearly complete, 2018 marks the conclusion of the AAReST project for the Ae 105 students. The AAReST satellite is scheduled to be launched on an Indian Space Research Organization (ISRO) rocket in 2019.

Ae 105 is a yearlong class taught by JPL instructors Oscar Alvarez-Salazar, Andy Klesh, Scott Ploen, and Dan Scharf. At Caltech, aerospace engineer Sergio Pellegrino is AAReST's campus coordinator and JPL's John Baker is its project manager. Over the past near decade, the Ae 105 students have dealt with countless design and technical issues regarding the project. But by far the biggest challenge the class faced, Pellegrino says, was an informational one: how to pass on information from one generation of students to the next.

"Continuity is a challenge in every project. You always have to cope with the fact that people leave because they retire or get different jobs. But in our case, the entire workforce was replaced every year," says Pellegrino, the Joyce and Kent Kresa Professor of Aerospace and Civil Engineering and a JPL senior research scientist. "In a normal project, outgoing team members produce detailed write-ups. For us, that just wasn't enough."

To cope with the turnover, Pellegrino invited many former students to stay on as mentors to the incoming Ae 105 classes. This ultimately spawned a second class, Ae 205, Advanced Space Project, to formalize the student-mentorship role. That student mentorship, coupled with the fact that the mission was actually going to space, translated into a uniquely valuable experience according to those who went through the program.

"Having a form of practical experience to point to is very useful after university when looking for a job," says Lee Wilson (PhD '17), who now works on spacecraft design at Deep Space Industries in San Jose. "This project helped expose me to vibration testing and spacecraft design, assembly, and integration, and actually let me get my hands dirty."

Thibaud Talon, who took Ae 105 during the 2013–14 school year and remains involved in the project to this day as a graduate student, echoes Wilson's sentiments.

"Since the class is taught by JPL engineers, I started to make a network at JPL. I still meet, talk, and sometimes work with the professors who taught me Ae 105," says Talon. "Also, working on an actual space mission is a great addition to my resume. As many people working in the space industry told me, such an experience is very valuable and looked at when applying for a job. Participating in such a project teaches you many concepts of designing a space mission that are hard to learn otherwise."

The final design that the students came up with for the AAReST spacecraft features a central core unit that contains the attitude and control system, the radio and the antennas, and two rigid mirrors. Surrounding that central unit are two smaller spacecraft containing deformable mirrors that will be co-focused with the rigid mirrors on the main spacecraft. The whole package is small, measuring just 46 x 34 x 30 centimeters. Once in orbit, the two smaller spacecraft will detach from the main one via splitting bolts and then float about 30 centimeters away from the spacecraft before reconnecting to the main body in a wider configuration via electromagnets.

Ae 105 will no longer focus on AAReST, but there are still several details to be worked out before the spacecraft is launched, so Pellegrino will be taking a sabbatical during the 2018–19 academic year to work with the senior students on the project. Soon-Jo Chung, associate professor of aerospace and Bren Scholar and JPL research scientist, will take over Ae 105 and pick a new project for its students to tackle.

Pellegrino says that the Caltech students working on AAReST have learned how to collaborate across continents and gained skills that will continue to serve them for years to come. In addition, he says, he's proud to have given several generations of aerospace students the opportunity to work on a real space mission. When the mission launches in 2019, dozens of past and present Caltech students—along with their collaborators nearby and abroad—will be watching and holding their breath to see whether their hard work pays off.

Manan Arya (PhD '16), an Ae 105 student from 2011 who now works on large deployable spacecraft structures at JPL, says he's looking forward to watching the launch. "Overall it's a feeling of excitement and great joy that something that I've worked on will end up in space, mixed with the nervousness that all engineers must experience when they press the 'on' button and hope, wish, and pray that it actually turns on."

The AAReST mission is a collaborative effort between Caltech, the University of Surrey in England, and the Indian Institute of Space Science and Technology. The AAReST project has received funding from KISS; Caltech's Division of Engineering and Applied Science; and the Innovation in Education Fund, which was made possible in part by the Caltech Associates. 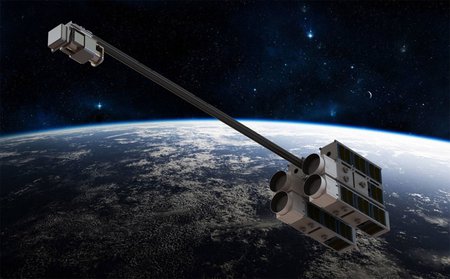 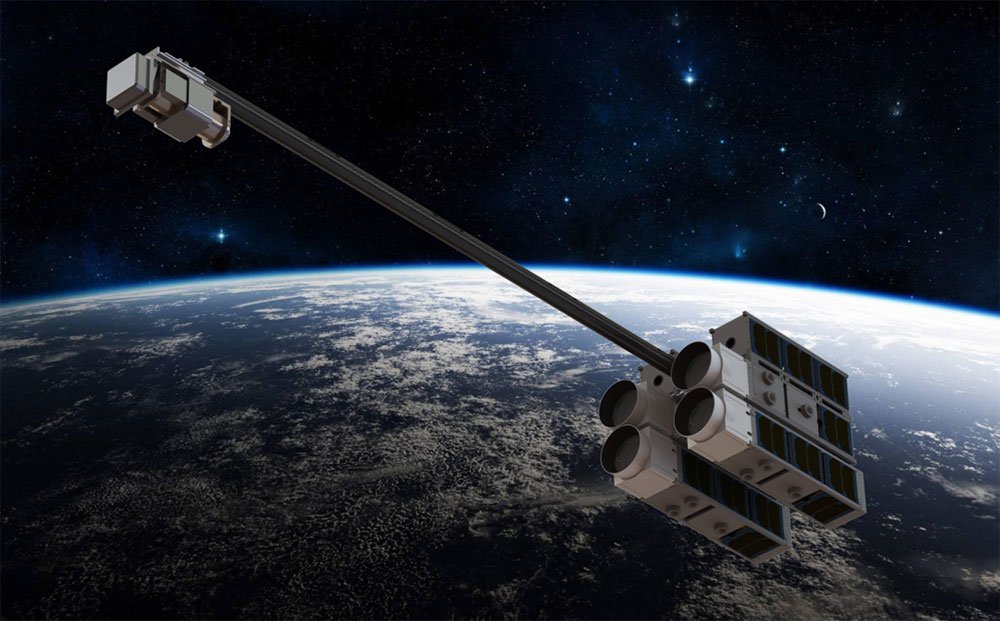