A sponsored research agreement with Northrop Grumman Corporation will provide Caltech up to $17.5 million over three years for the development of the Space Solar Power Initiative (SSPI). The SSPI will develop the scientific and technological innovations necessary to enable a space-based solar power system—consisting of ultralight, high-efficiency photovoltaics, a phased-array system to produce and distribute power dynamically, and ultralight deployable space structures—that ultimately will be capable of generating electric power at a cost comparable to that from fossil-fuel power plants.

The project was conceived and will be led jointly by three professors in Caltech's Division of Engineering and Applied Science (EAS): Harry A. Atwater, Howard Hughes Professor of Applied Physics and Materials Science and director of the Resnick Sustainability Institute; Ali Hajimiri, Thomas G. Myers Professor of Electrical Engineering; and Sergio Pellegrino, Joyce and Kent Kresa Professor of Aeronautics, professor of civil engineering, and a senior research scientist at Caltech's Jet Propulsion Laboratory.

Hajimiri's team will develop the integrated circuits and the antenna design for the system's large-scale phased array, timing control, and conversion of direct current to radio frequency power. "The three groups are working closely to take a holistic approach to the design of the entire system," he says.

Through a modular approach power will be generated, converted, and radiated locally at the same place in space using a distributed power conversion and transmission solution created with modern integrated electronics that eliminates inter- and intramodule power wiring in the system. "This significantly reduces the system mass, and thereby its cost," he adds.

"This space-based, highly adaptive power generator will enable versatile on-demand power anywhere on the planet and will be able to almost instantly distribute the power to different locations," Hajimiri says. "This is enabled through an agile phased-array system that can dynamically direct the power to the desired locations on Earth and simultaneously provide power to multiple destinations on demand. This can substantially reduce the need and the cost associated with the power distribution network across the globe."

Any such system must first be able to collect the solar energy that is then converted and distributed. "One of the key barriers to the realization of cost-competitive space-based solar power systems is the deployment in space of large surface area structures to collect solar power, at low cost," says Pellegrino. "The cost and complexity of launching and deploying conventional deployable structures would be unacceptable for many applications." To circumvent this barrier, his team is developing novel architectures for multifunctional deployable space structures with an overall areal density on the order of 100 grams per square meter, equivalent to one or two sheets of paper. "The concepts that we are investigating build on over 10 years of research on deployable thin-shell structures, which most recently had resulted in the development of low-cost fiber-composite booms and reflectors in which elastic hinges are created simply by making small cuts in the wall of a shell structure," he says.

To achieve all of these goals, Atwater, Hajimiri, and Pellegrino already have assembled a team of students, postdoctoral scholars, and senior researchers that will eventually exceed 50 members. In addition, the EAS division is in the process of building specialized laboratory facilities to support the team. Meanwhile, Northrop Grumman engineers and scientists will collaborate with the Caltech researchers to develop solutions, build prototypes, and obtain experimental and numerical validation of concepts that will allow for the eventual implementation of the system.

"This initiative is a great example of how Caltech engineers are working at the leading edges of fundamental science to invent the technologies of the future," says Ares Rosakis, Otis Booth Leadership Chair of the EAS division and the Theodore von Kármán Professor of Aeronautics and Mechanical Engineering. "The Space Solar Power Initiative brings together electrical engineers, applied physicists, and aerospace engineers in the type of profound interdisciplinary collaboration that is seamlessly enhanced at a small place like Caltech. I believe it also demonstrates the value of industry and academic partnerships. We are working on extremely difficult problems that could eventually provide the world with new, and very cost-competitive technology for sustainable energy."

"By working together with Caltech, Northrop Grumman extends its long heritage of innovation in space-based technologies and mission solutions," said Joseph Ensor, vice president and general manager, Space Intelligence, Surveillance and Reconnaissance (ISR) Systems, Northrop Grumman, in a press release. "The potential breakthroughs from this research could have extensive applications across a number of related power use challenges." 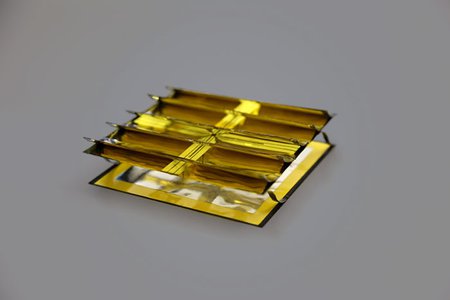 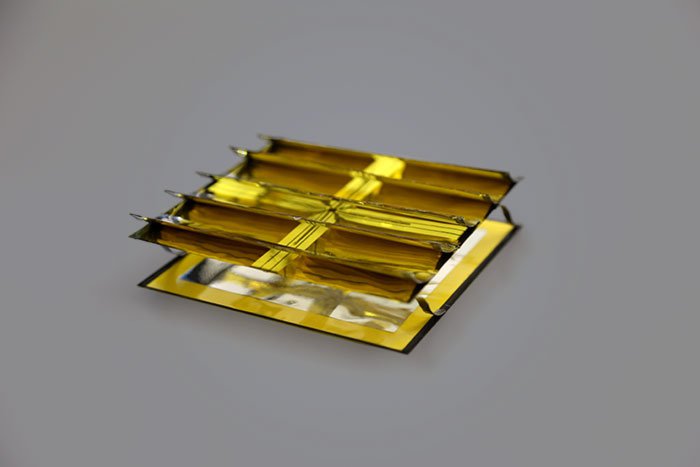